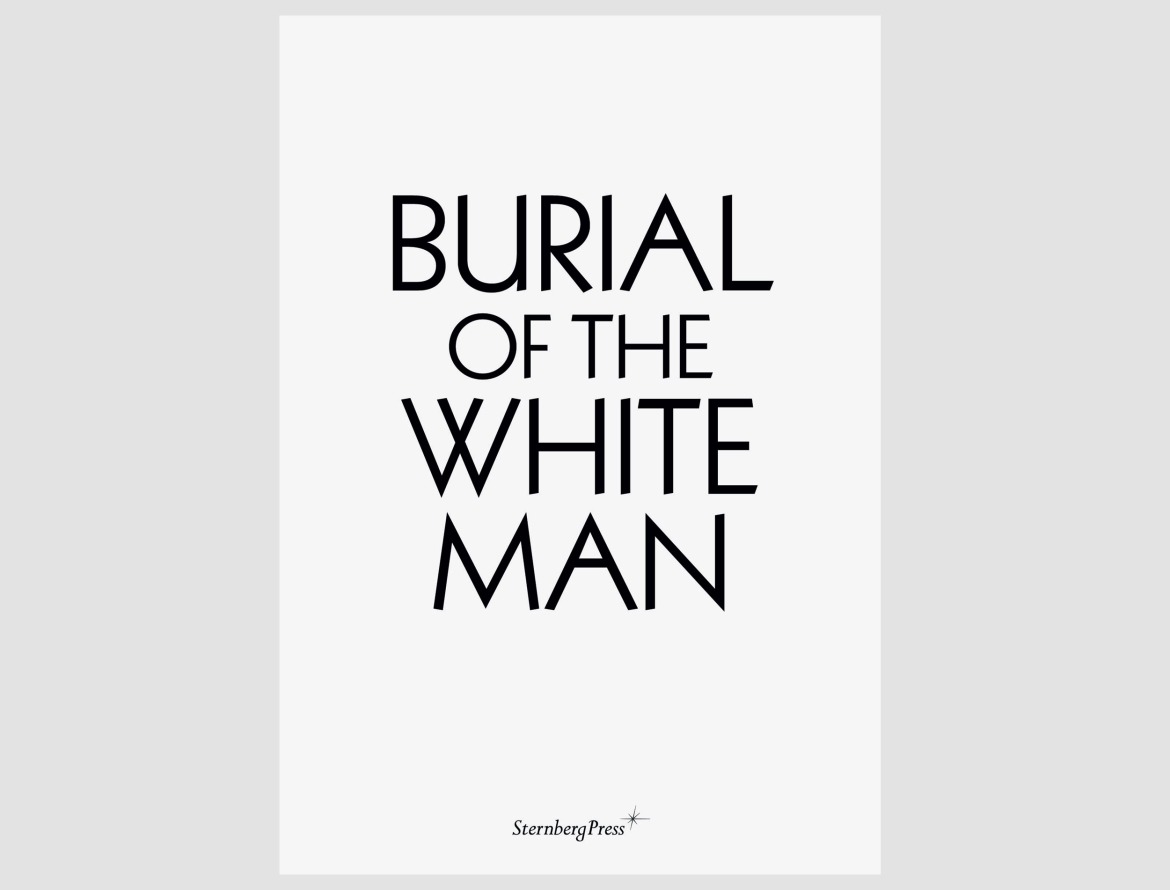 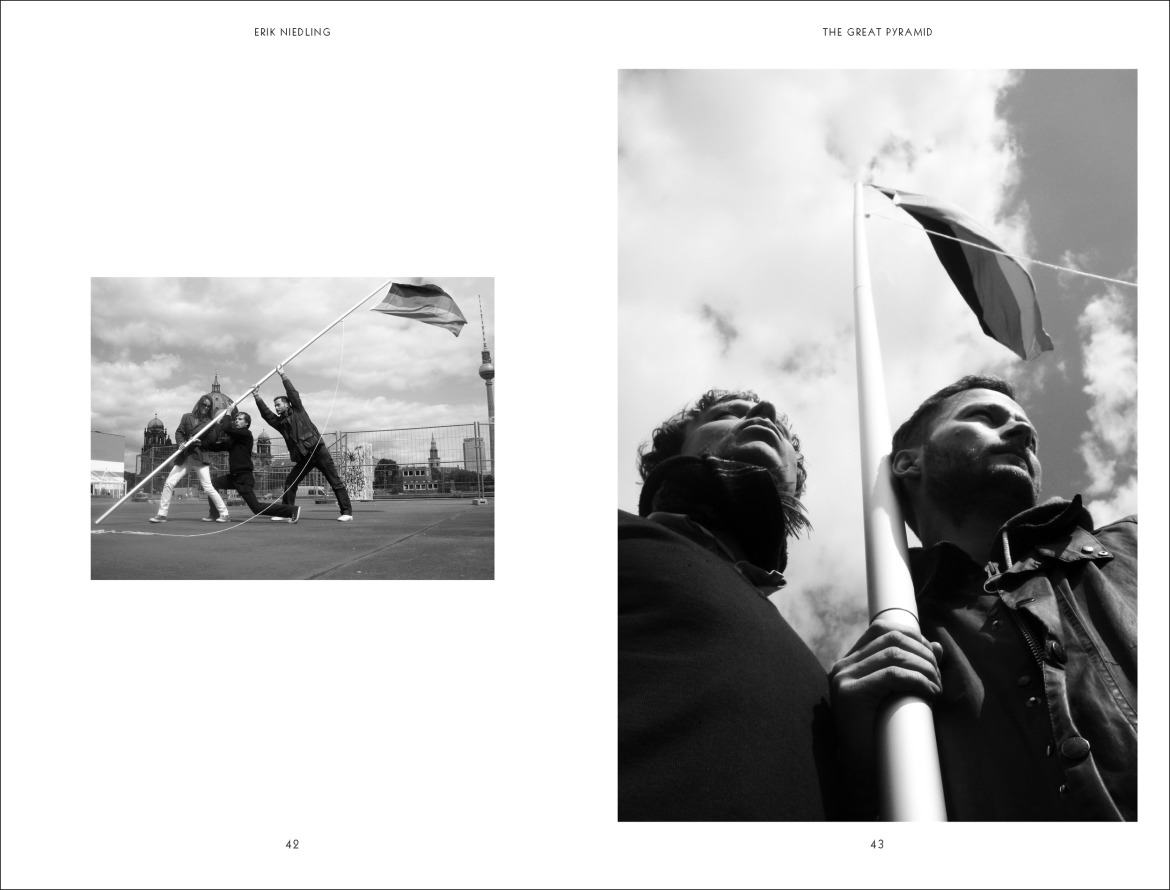 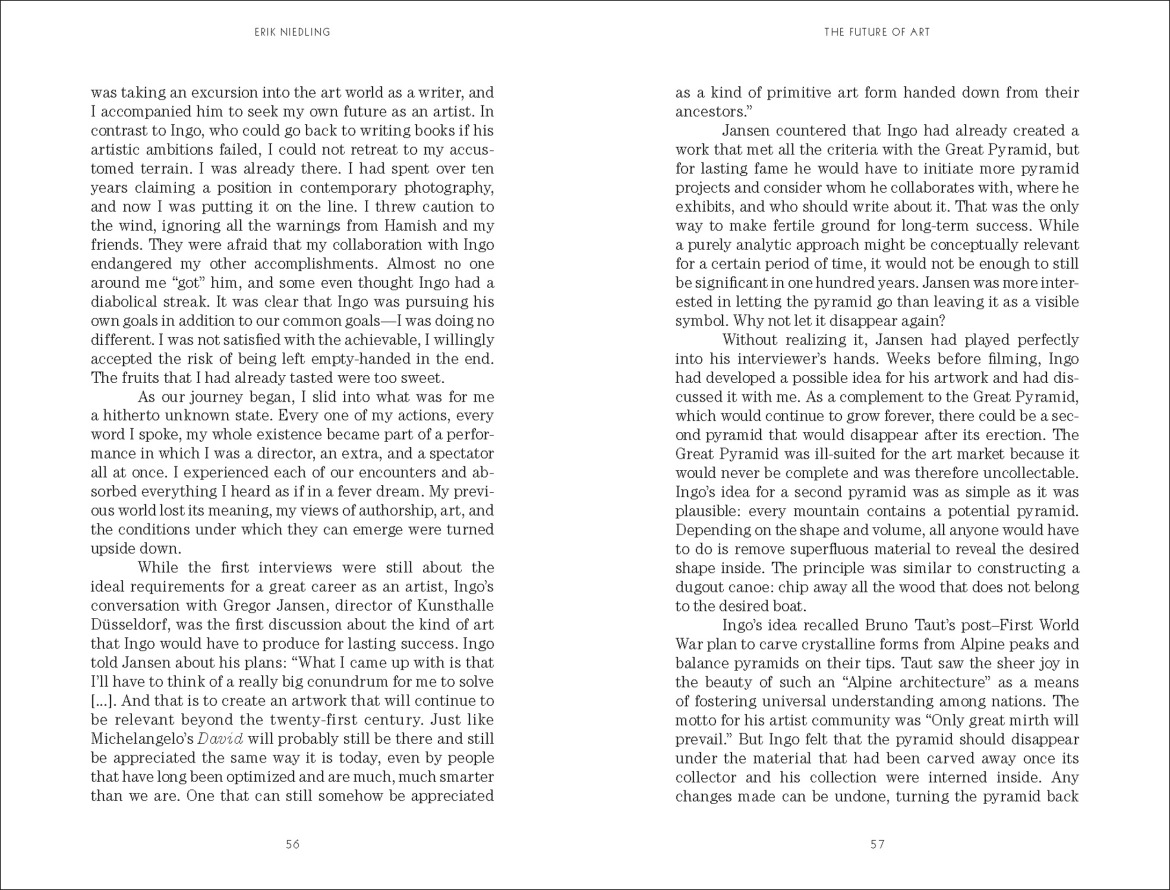 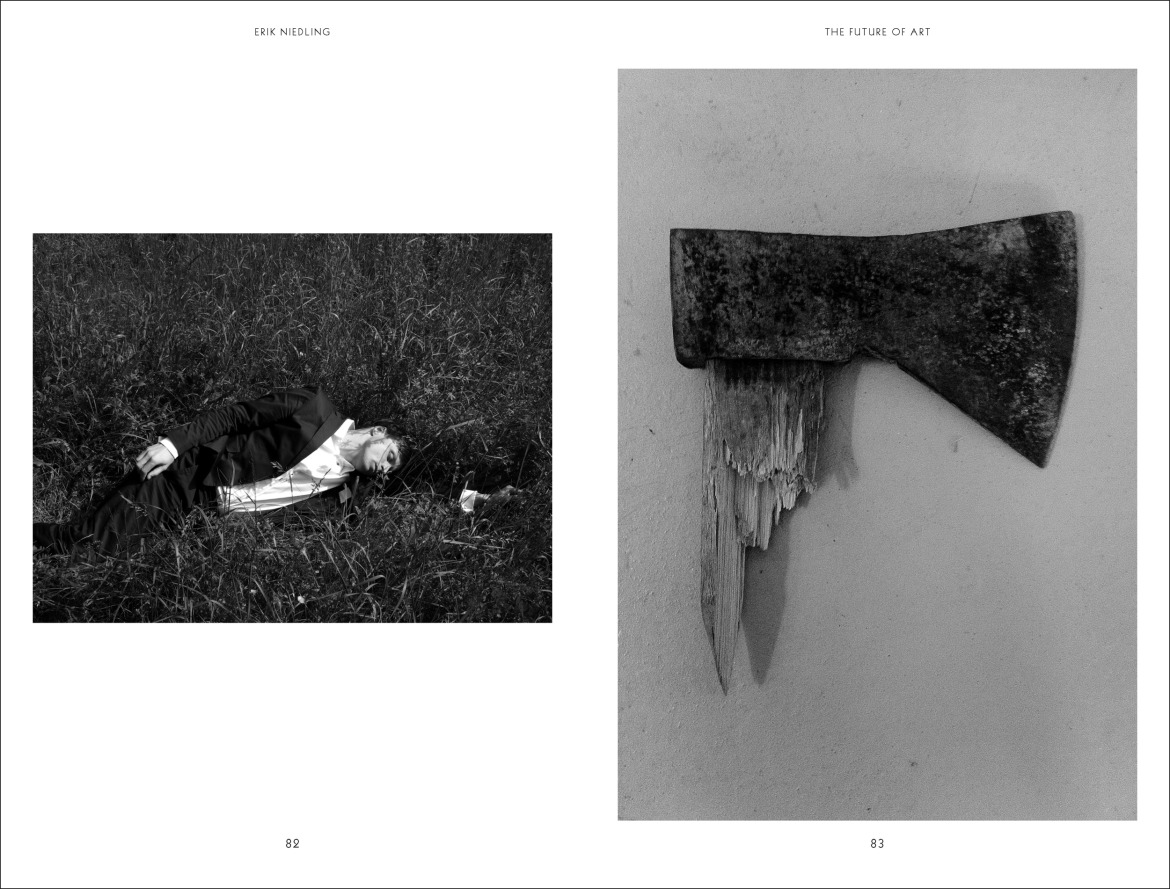 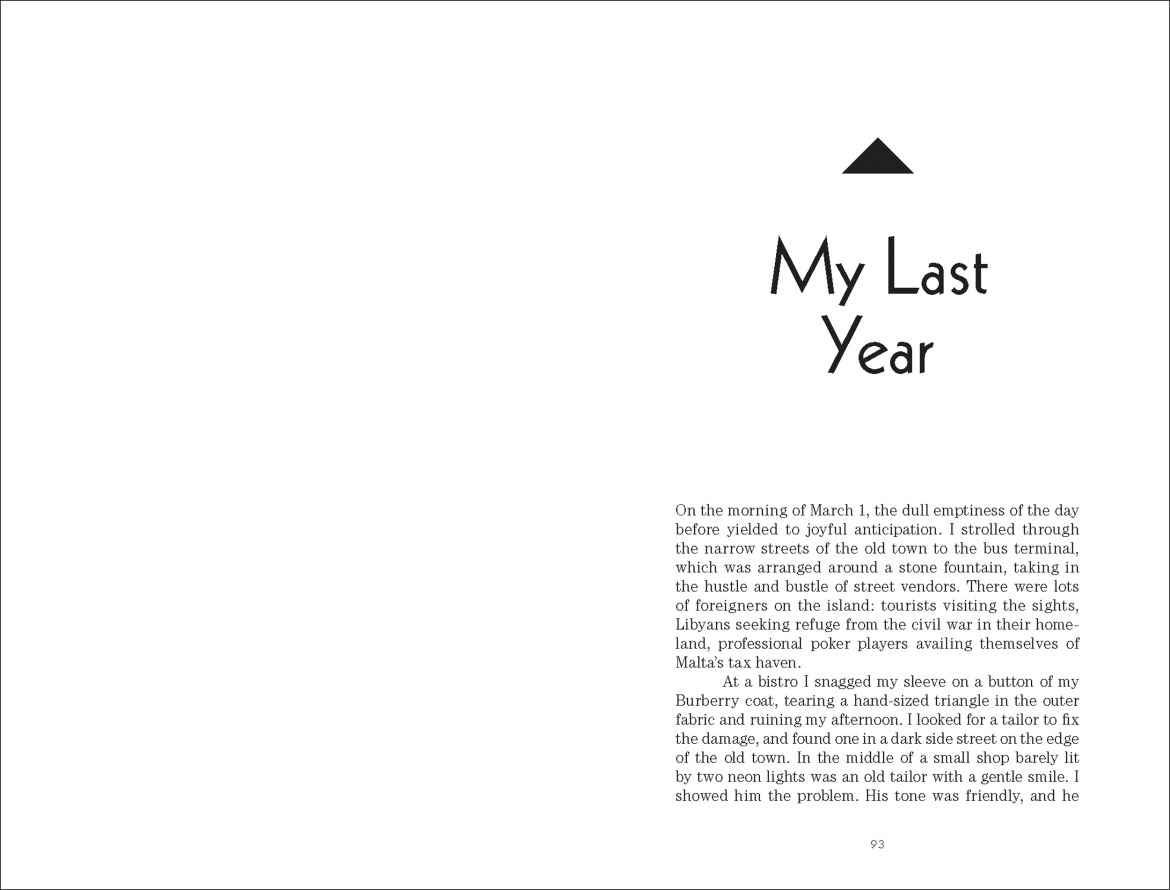 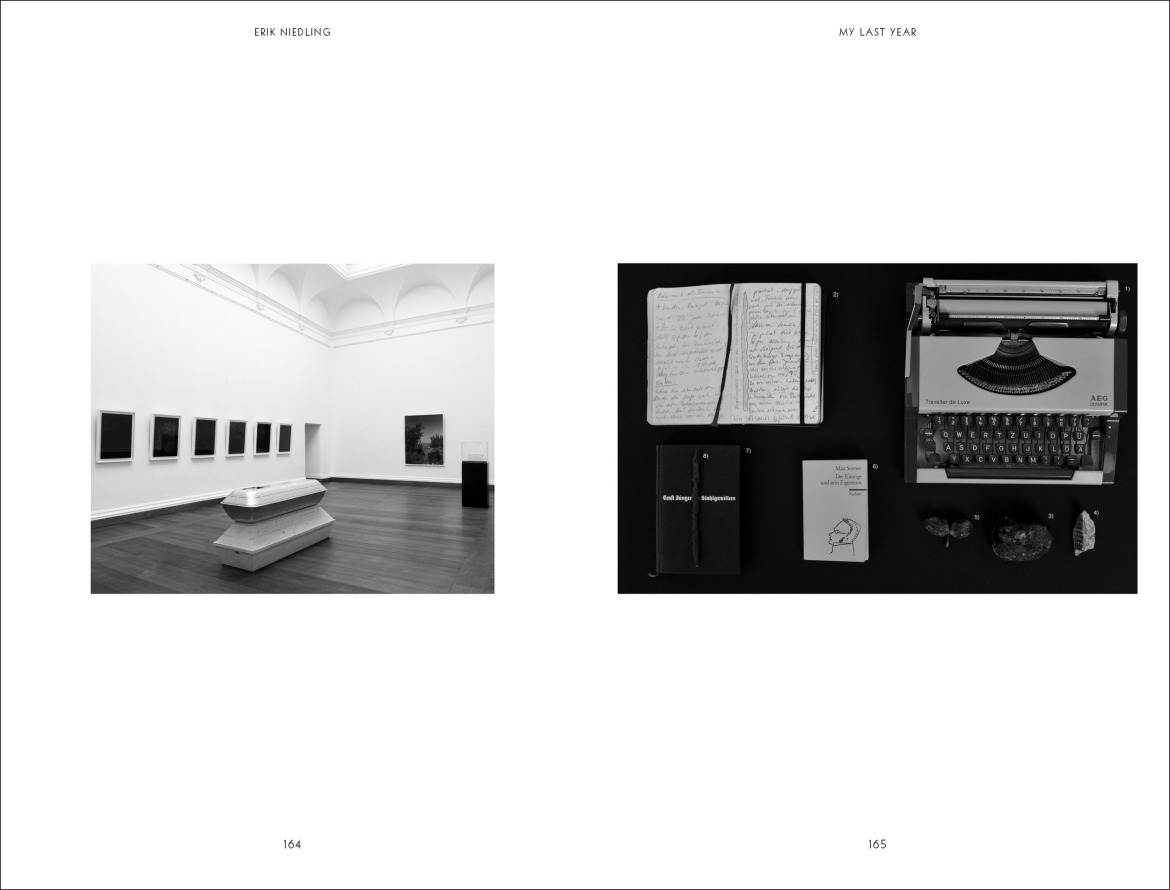 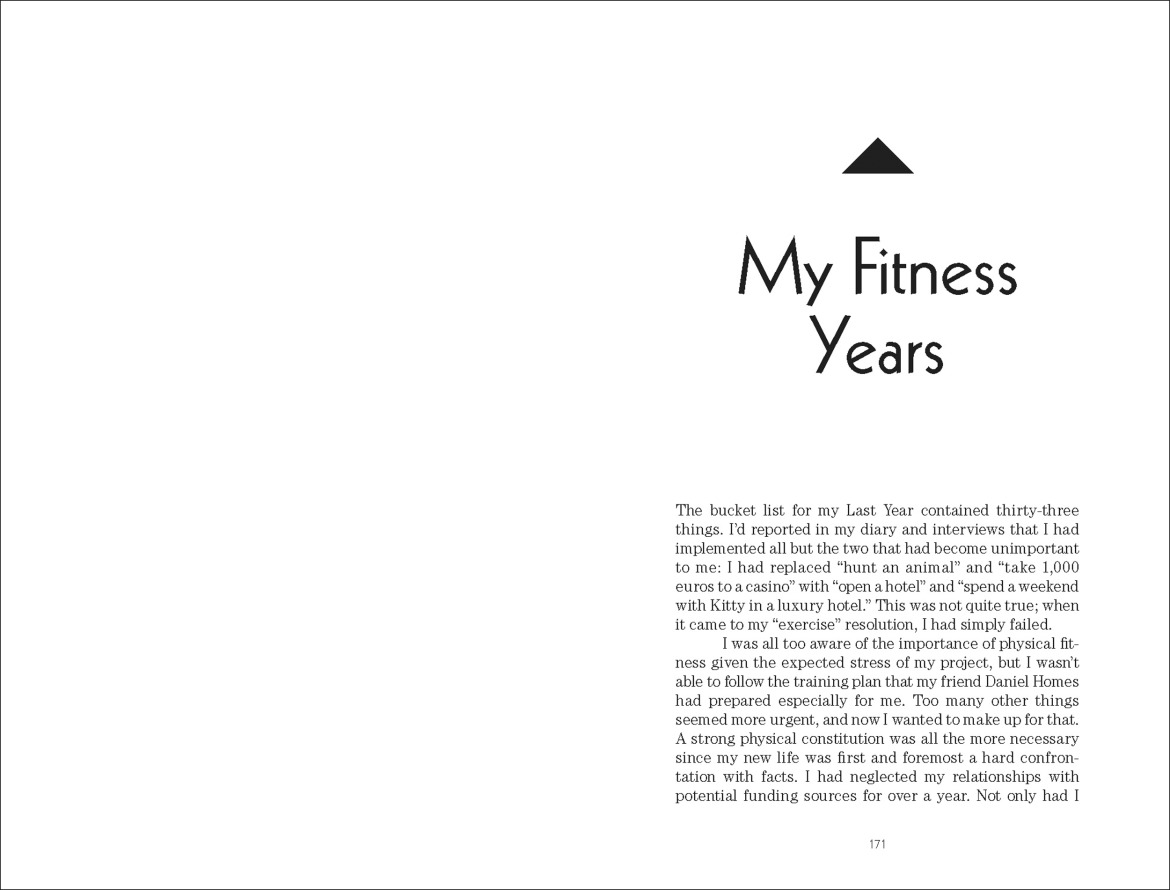 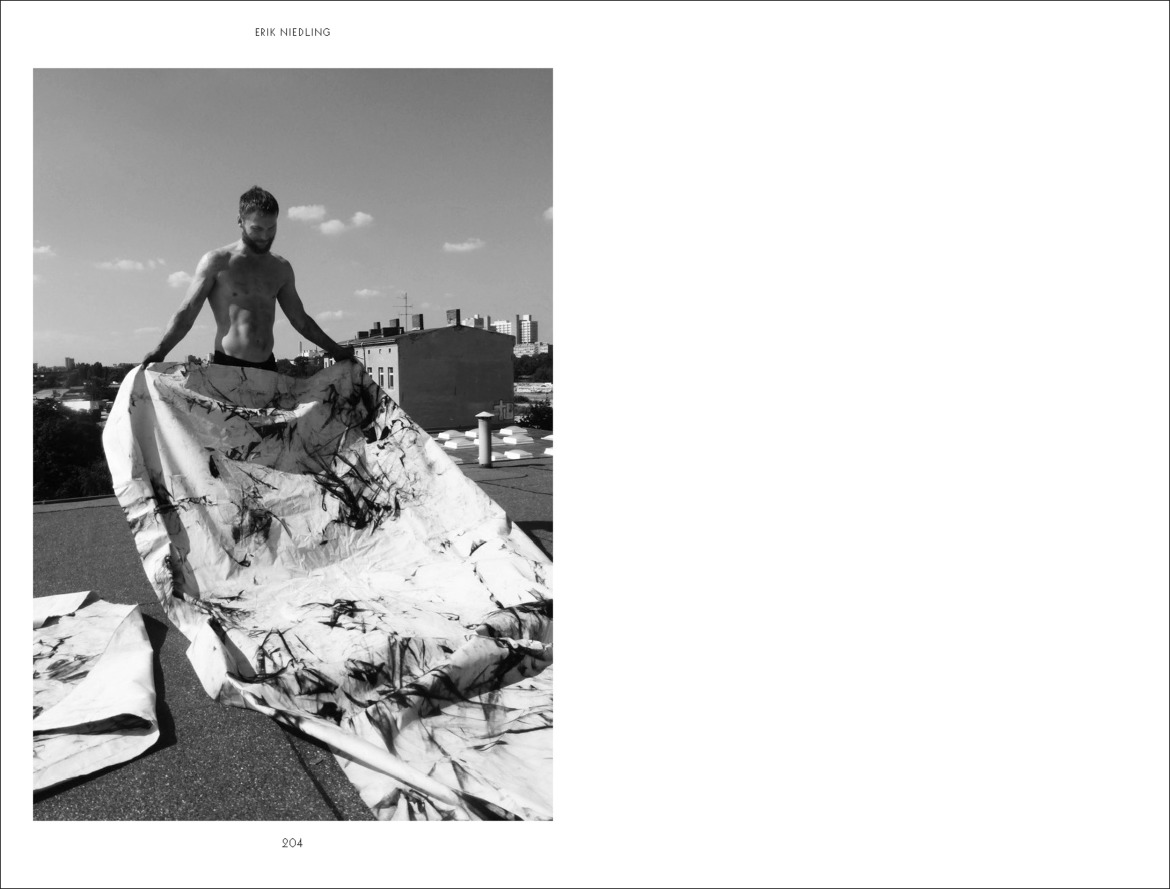 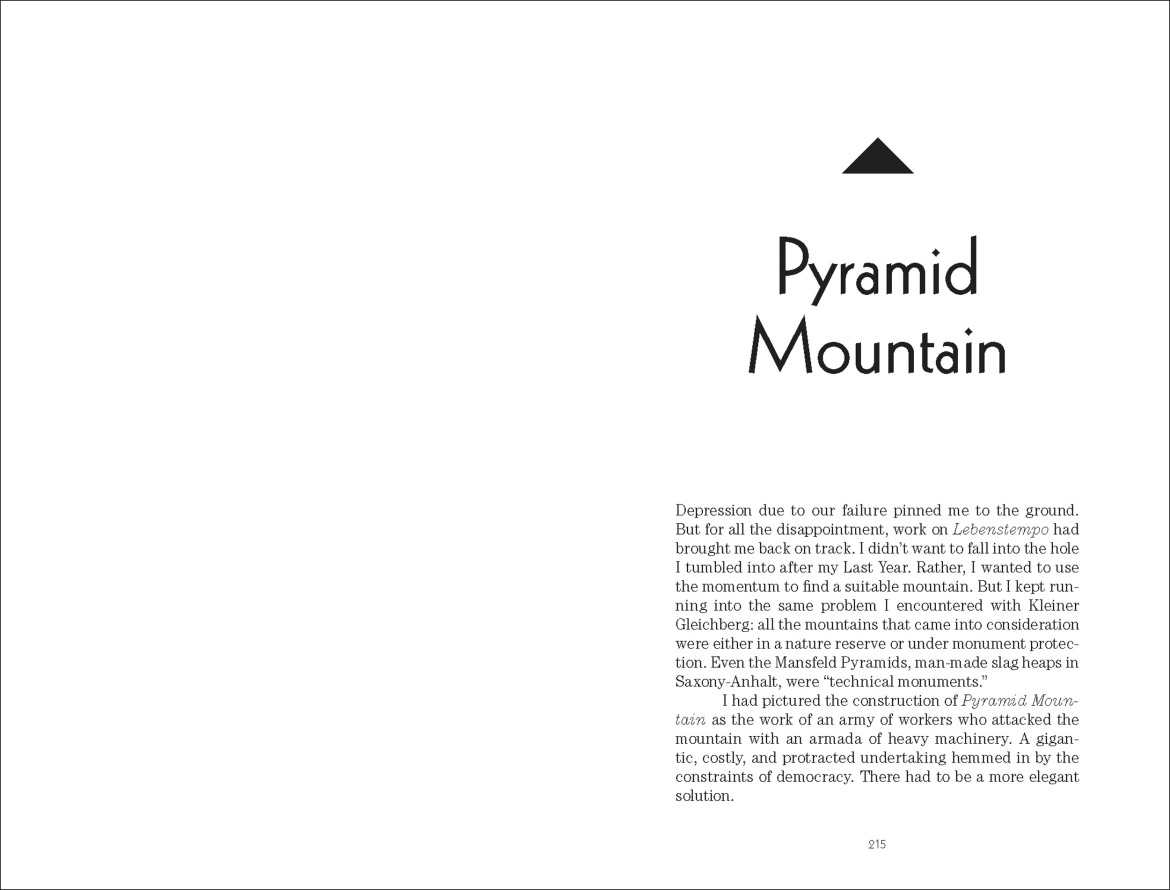 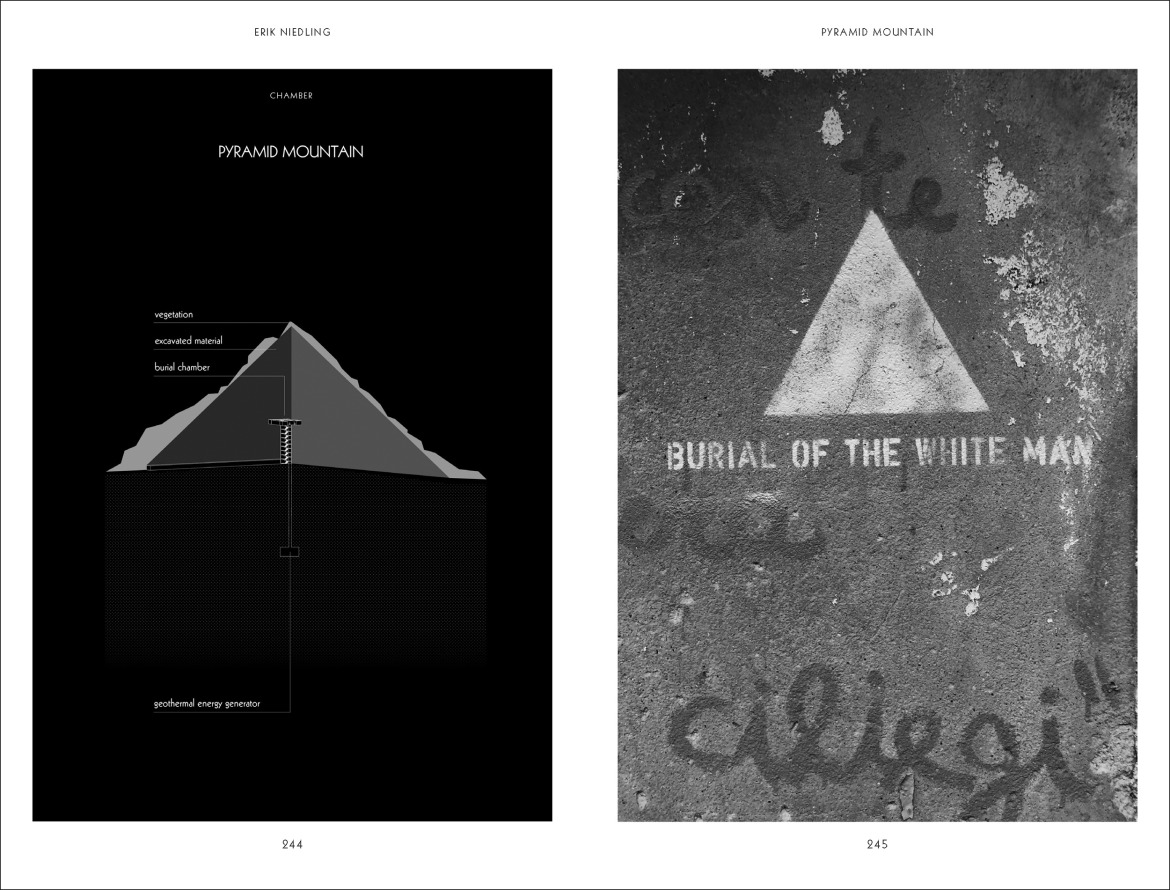 Erik Niedling with Ingo Niermann: Burial of the White Man

Burial of the White Man is a Bildungsroman about the friendship between artist Erik Niedling and writer Ingo Niermann. While in their thirties, they begin collaborating on a series of projects of ever-increasing ambition and scope: a tomb for all humans, a dissident replica of the U.S. Army, a German-Mozambican liberation movement, a ritual of living one year like it’s your last, a transformation of the oldest and most troubled German political party, a global fitness cult … Each failure is answered with an even more outrageous endeavor—culminating in the burial not only of themselves, but of the entire subspecies of the white man.

Burial of the White Man is an autofiction by Erik Niedling, interpolated by manifestos and proposals by Ingo Niermann and expanded by Austrian-American poet Ann Cotten and German novelist Jakob Nolte. The third volume of the Future of Art series, the book accompanies Erik Niedling’s web series, Pyramid Mountain: A Video Diary.