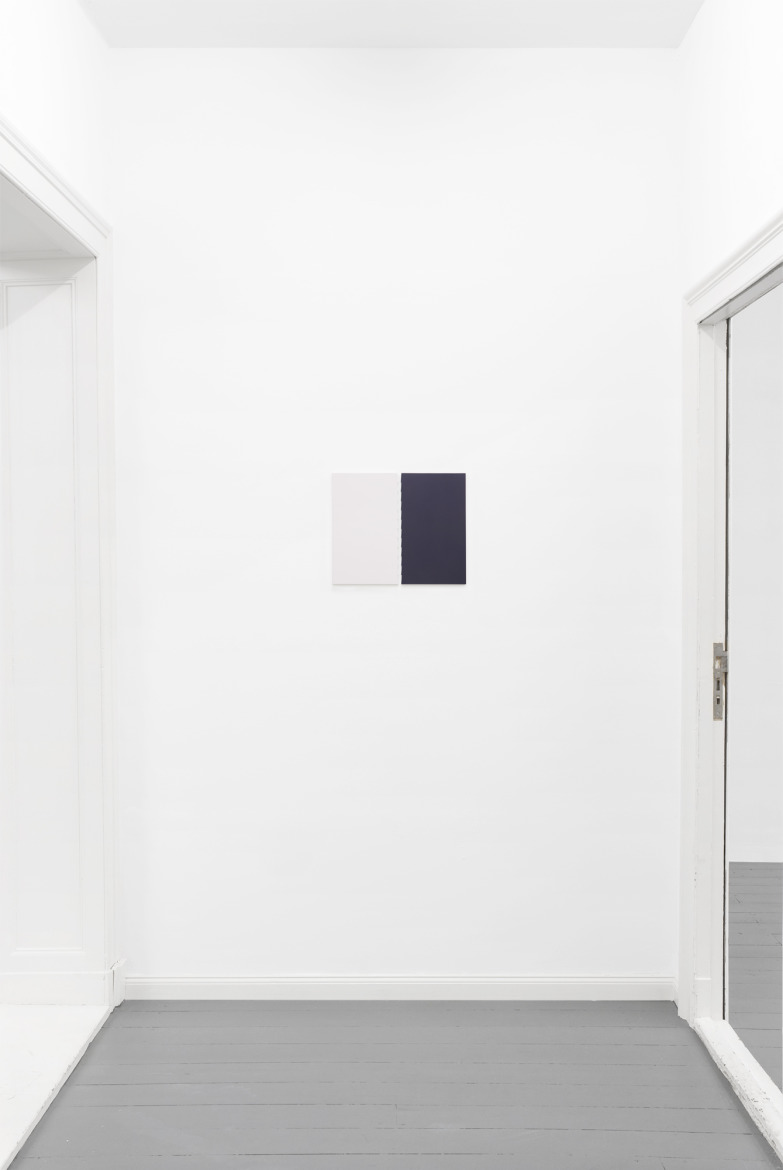 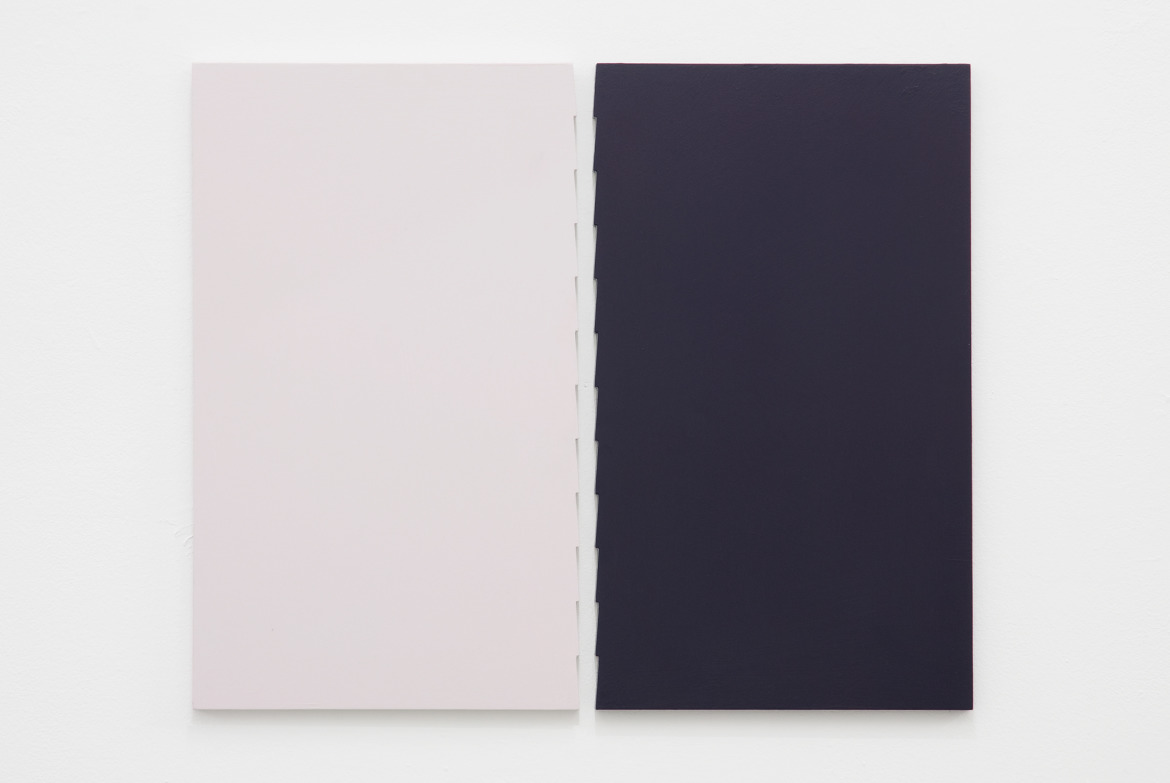 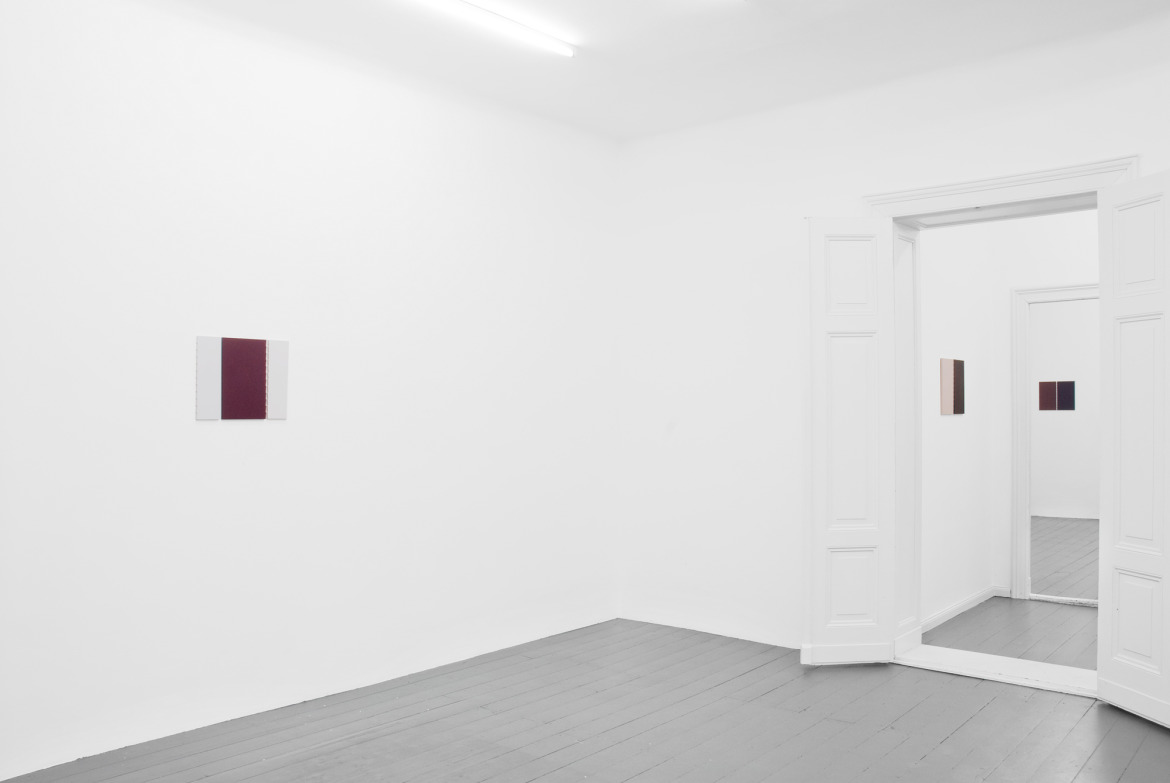 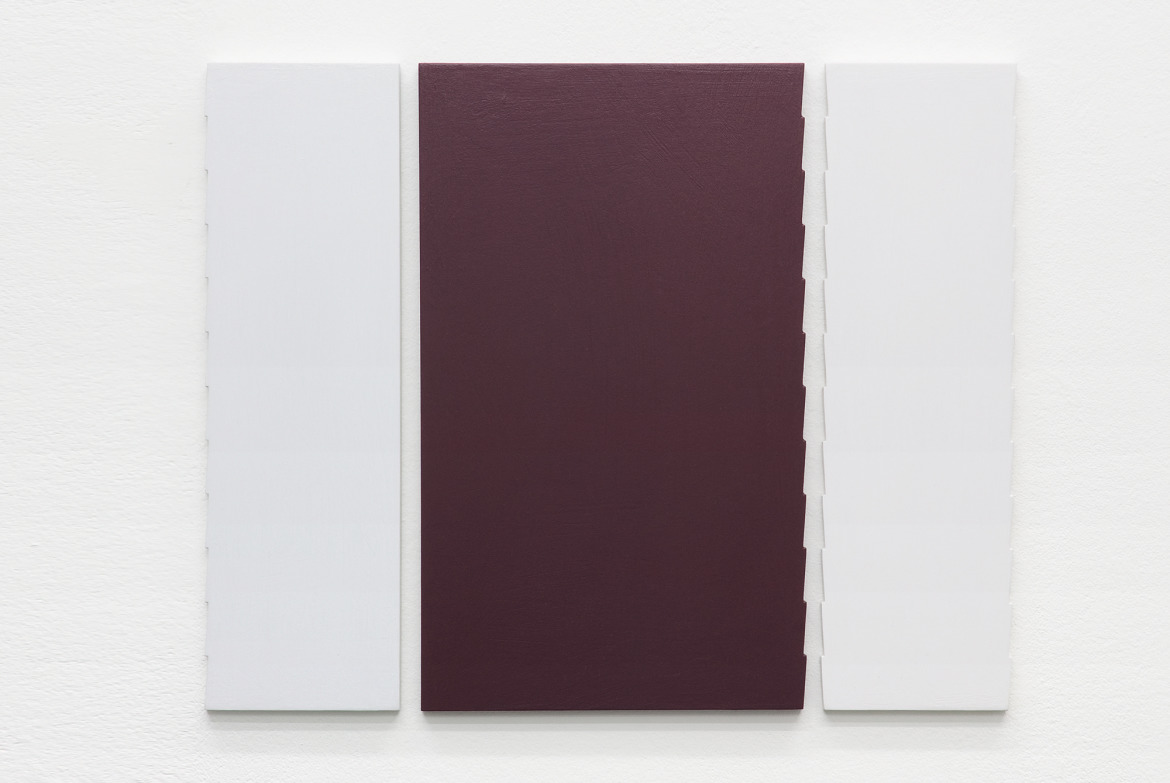 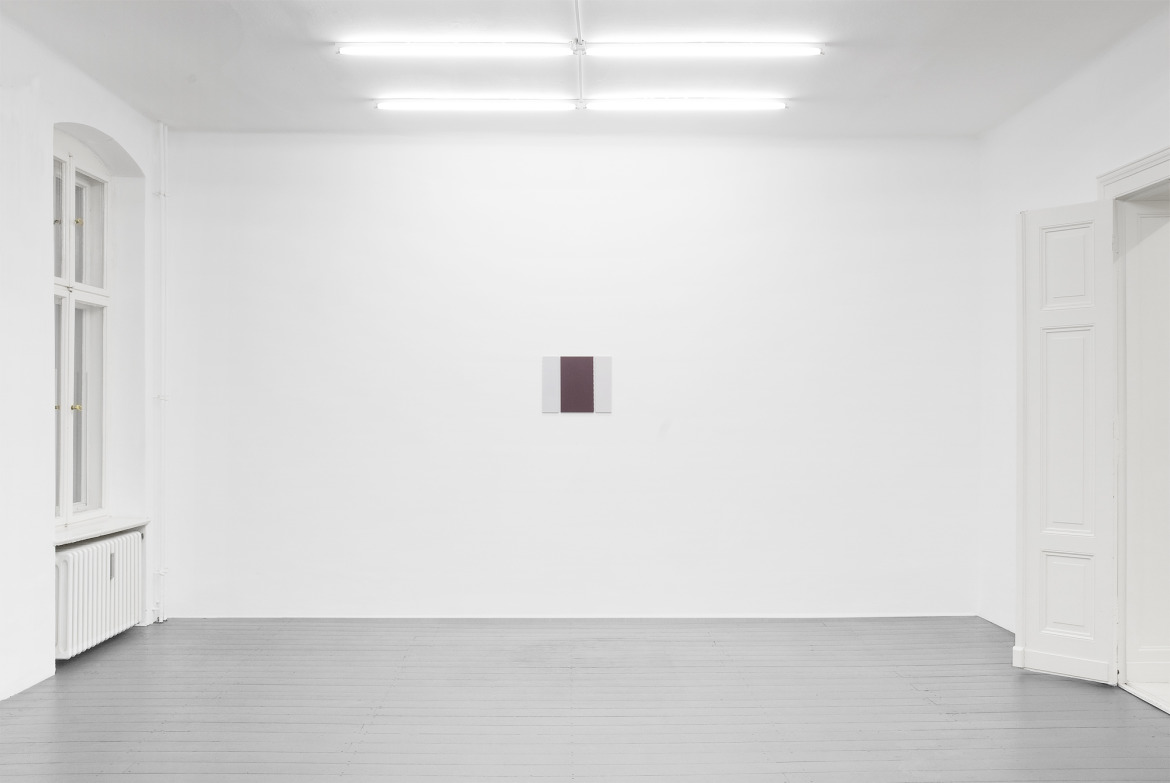 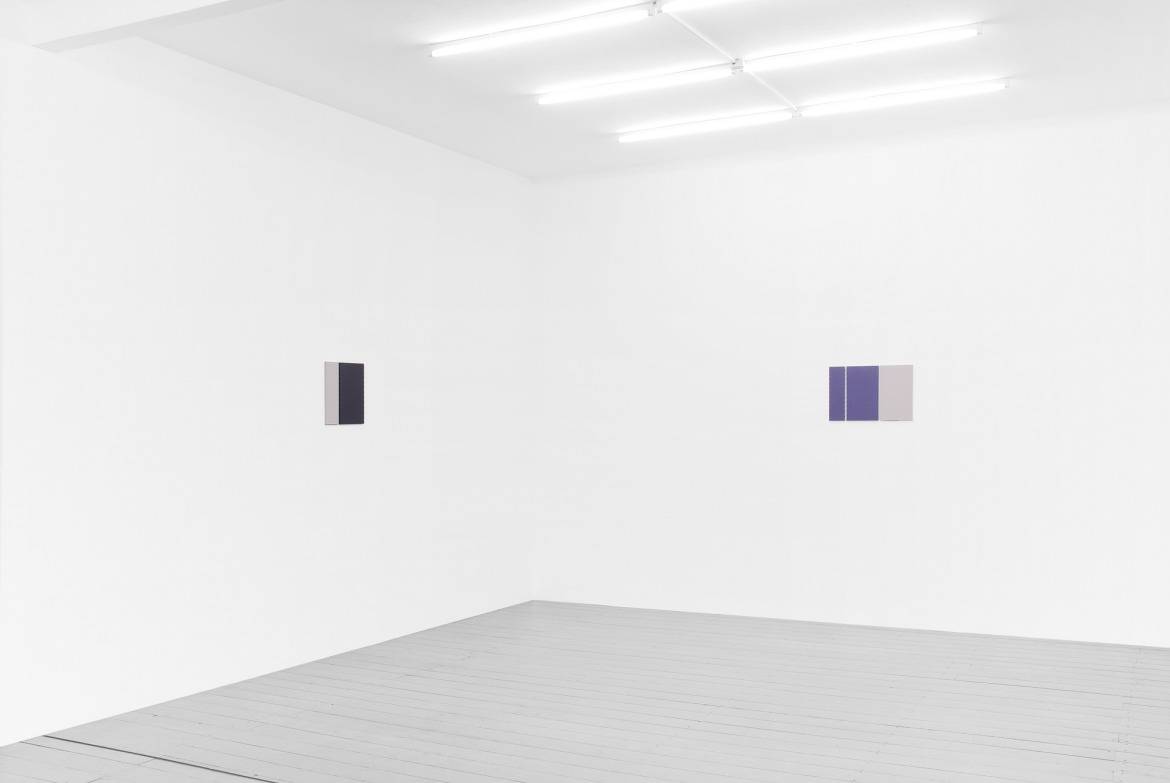 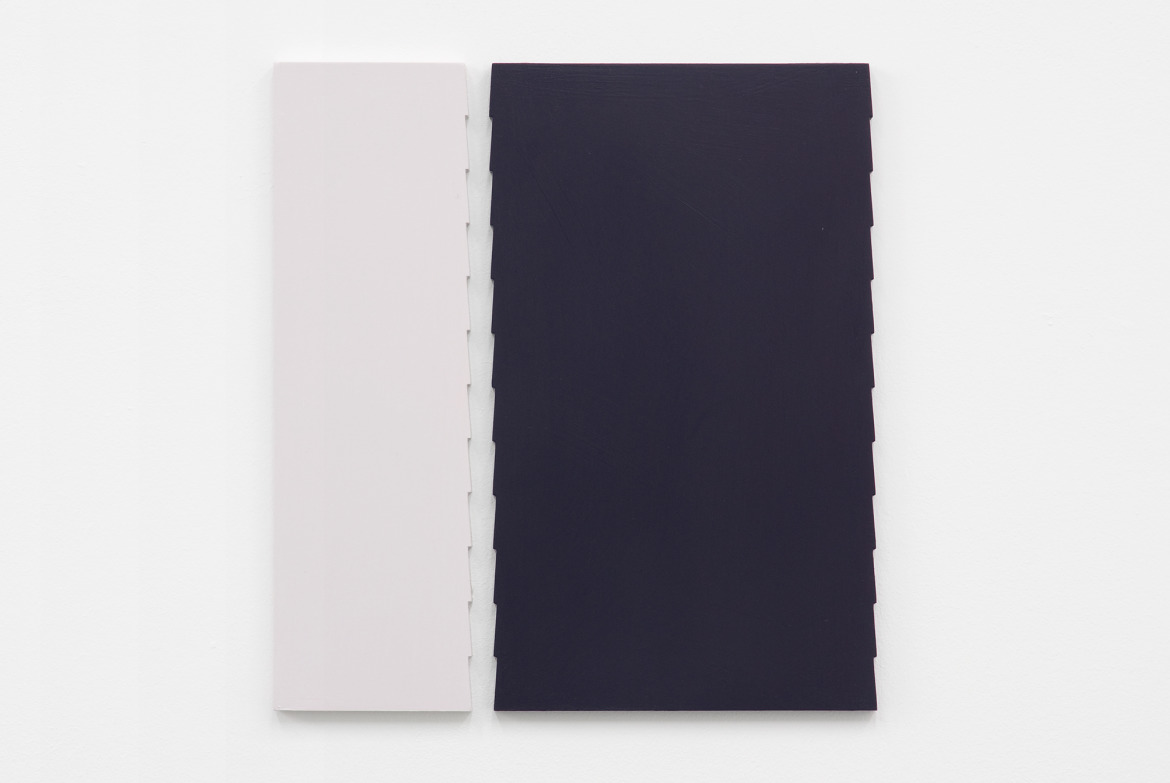 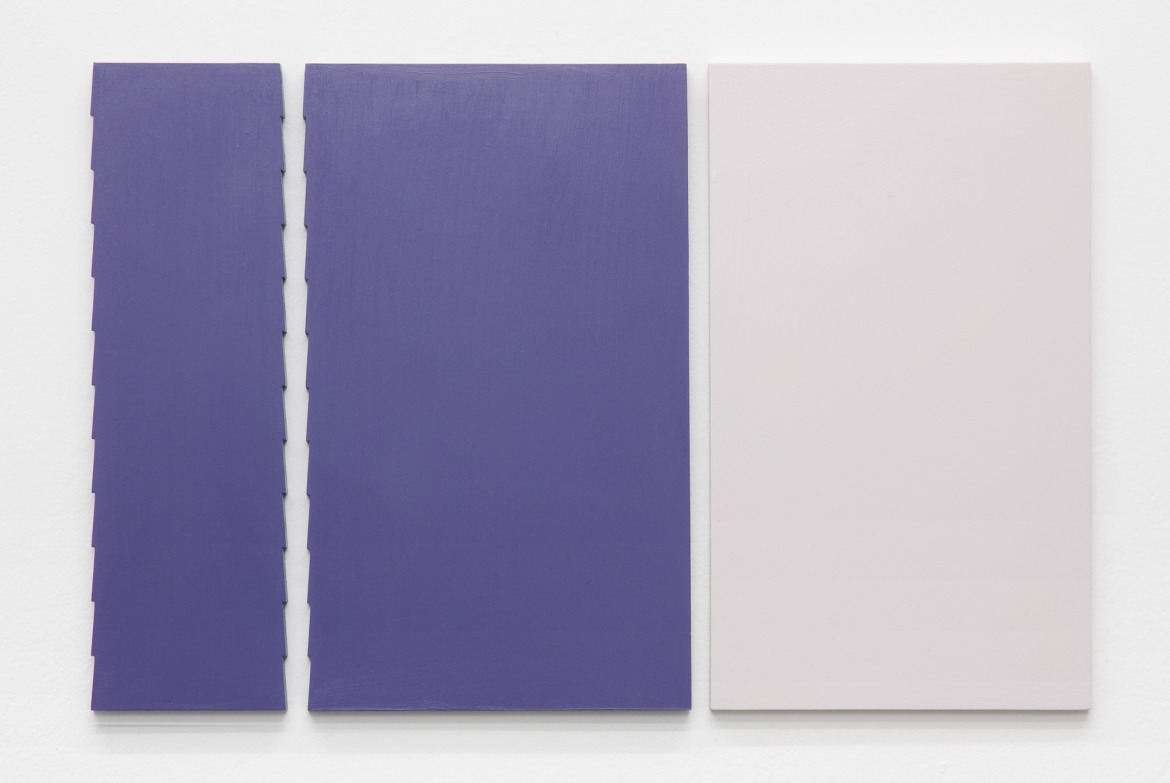 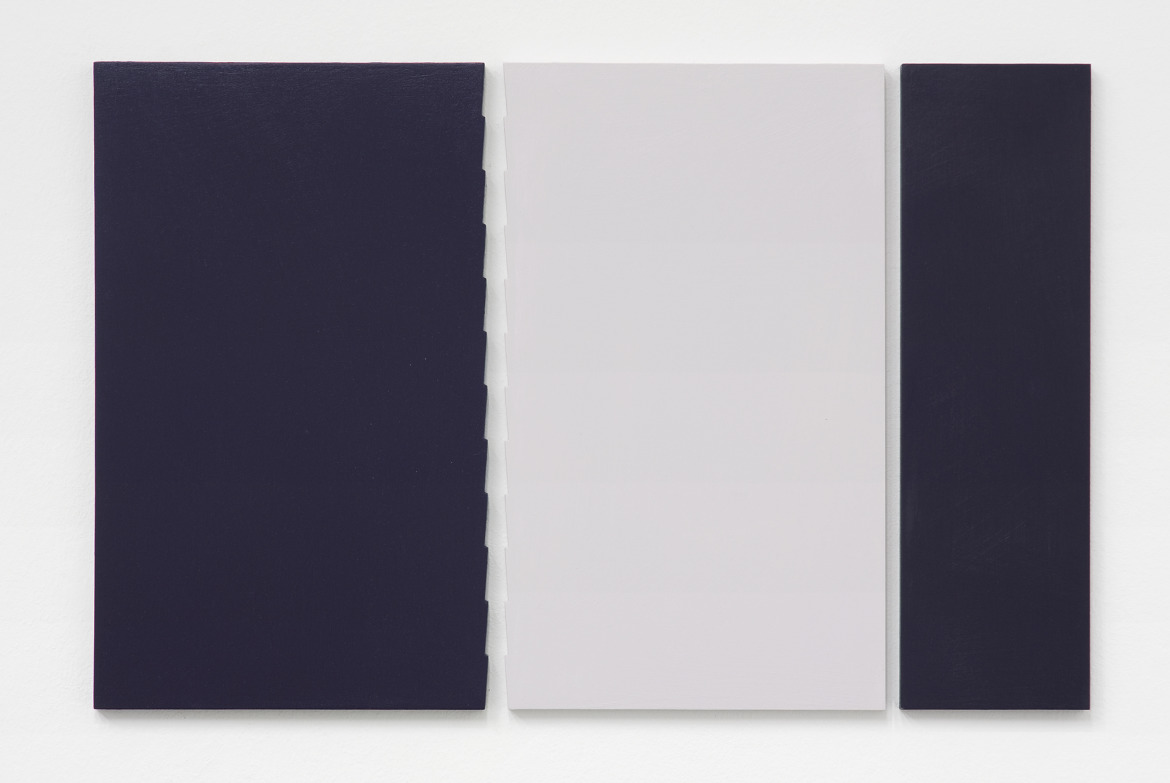 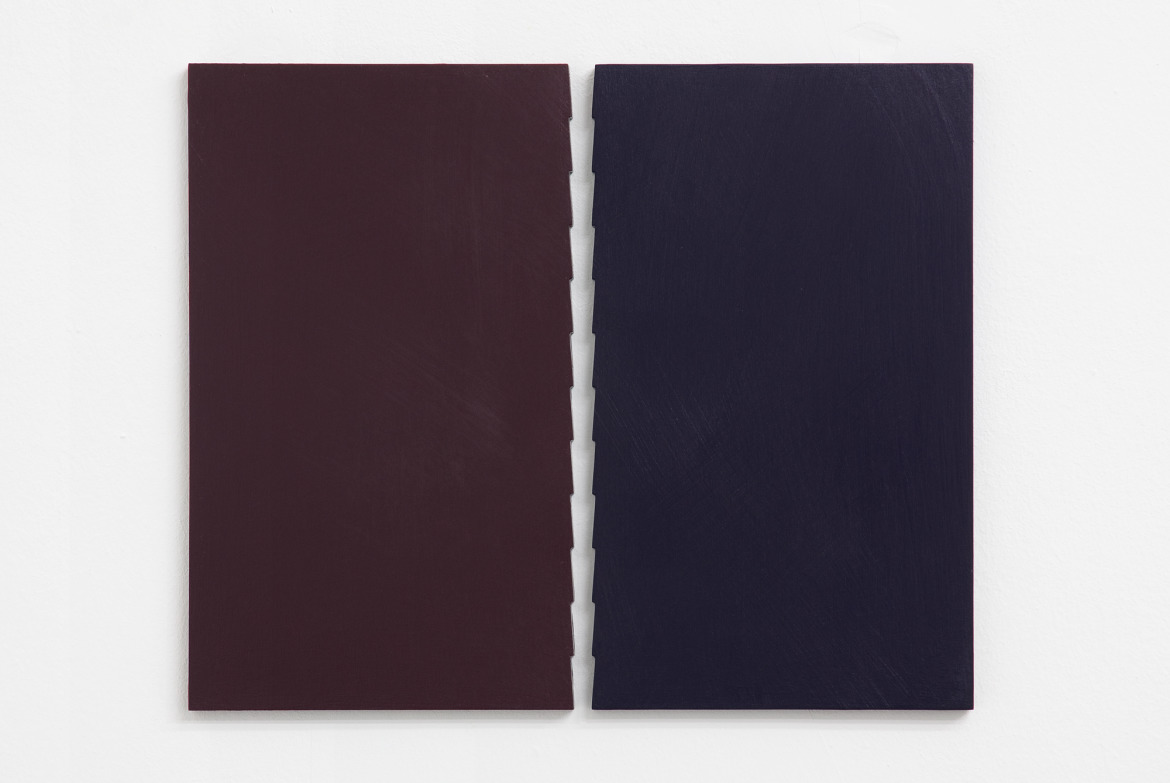 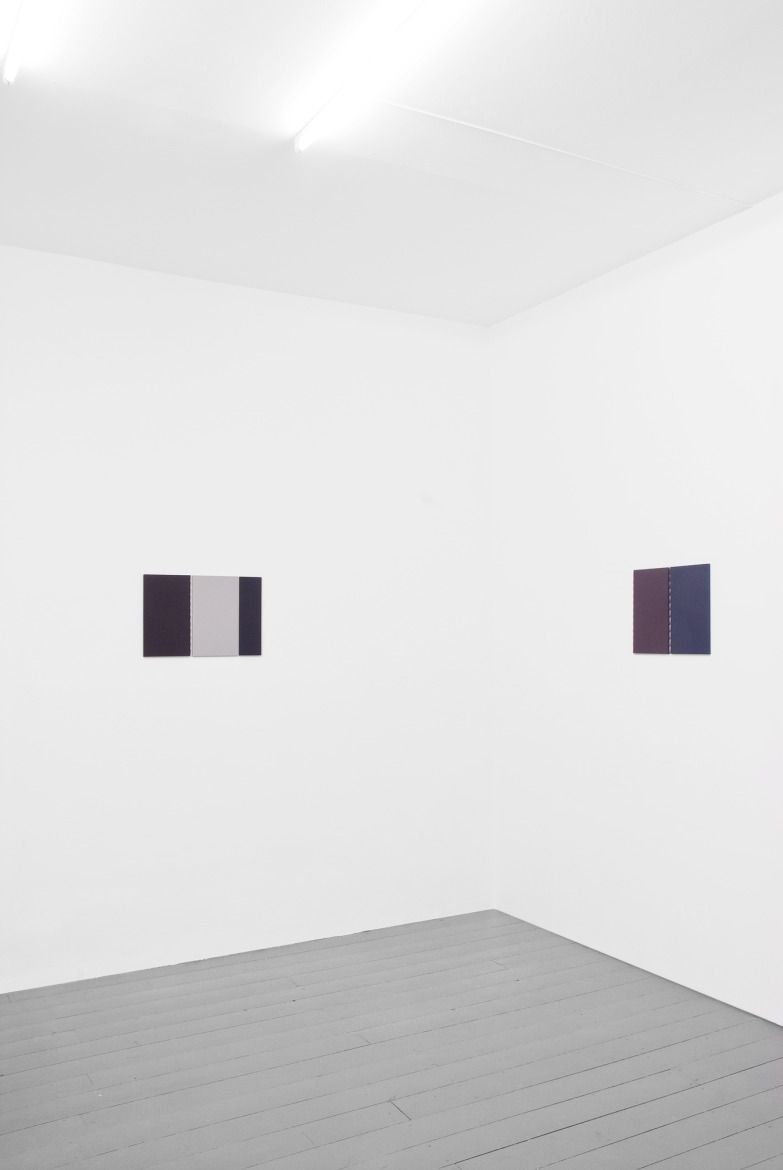 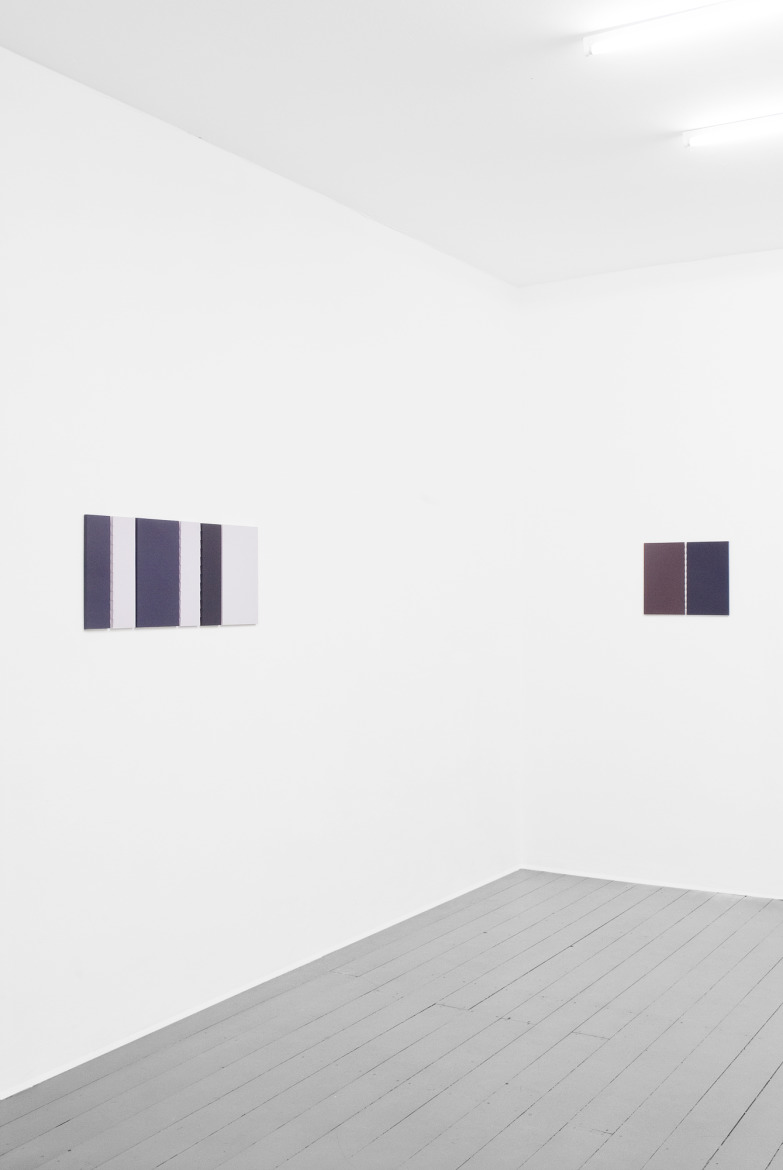 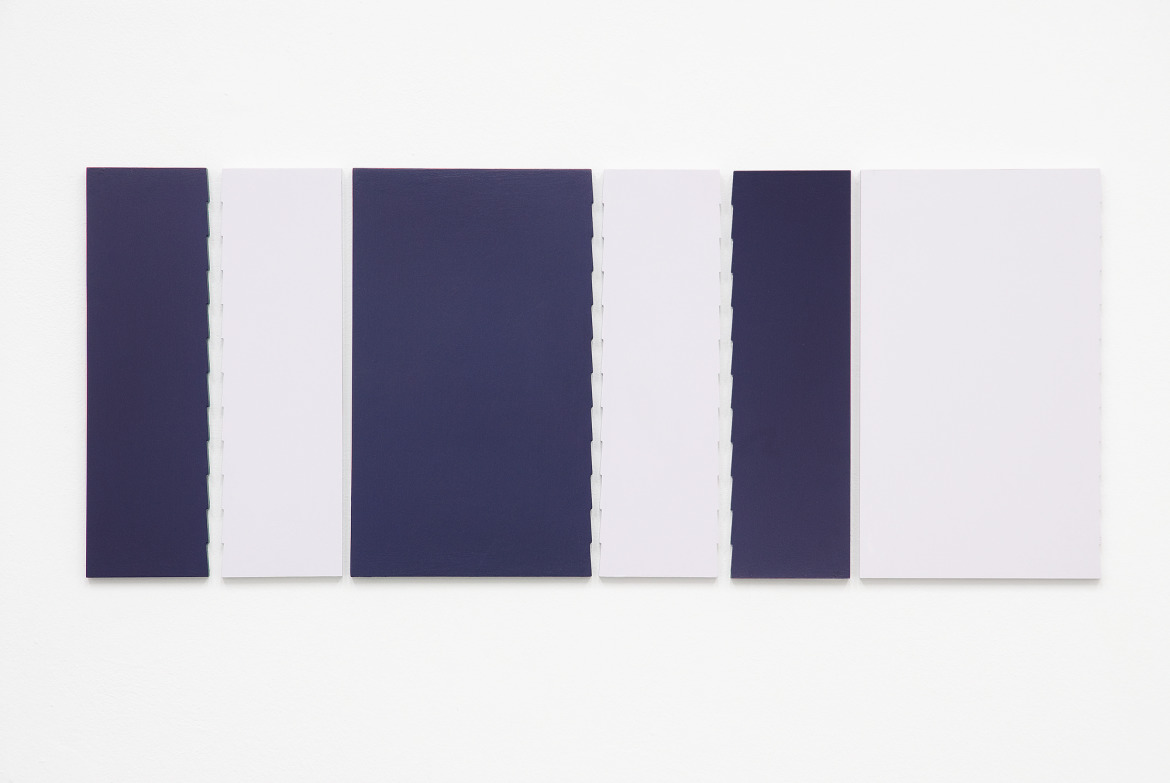 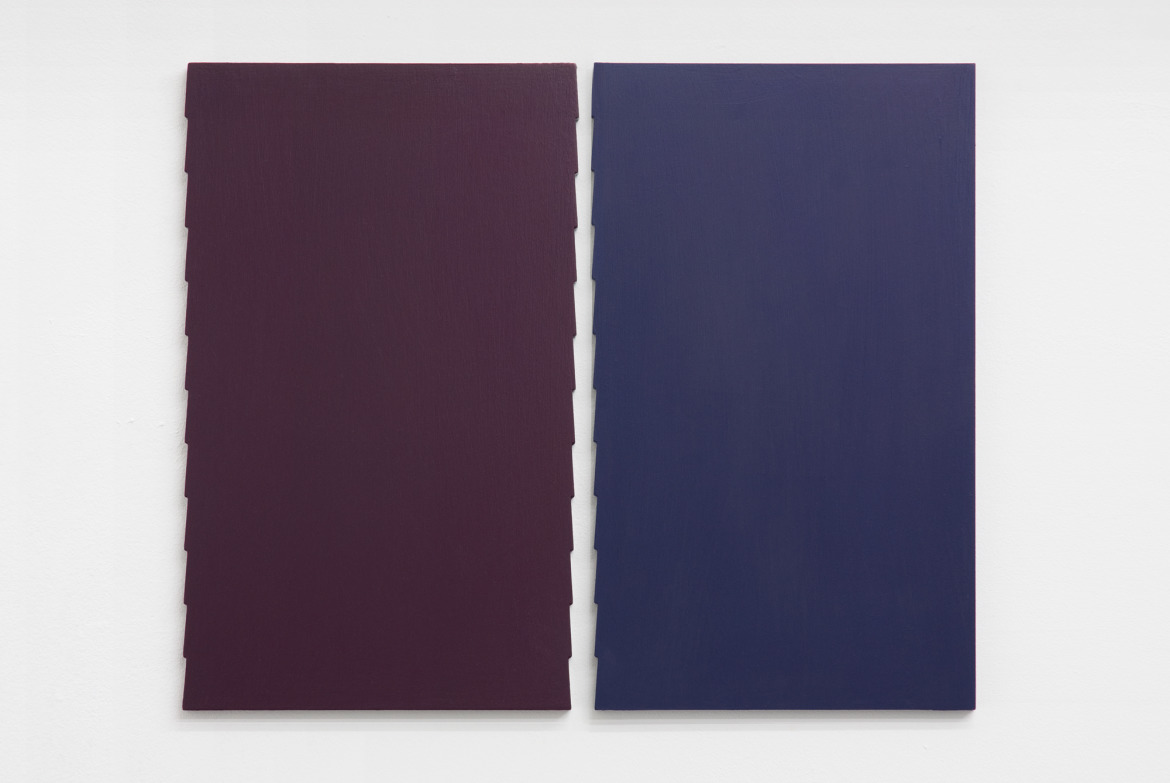 EXILE is pleased to present a solo exhibition by London-based artist Tess Jaray entitled Aleppo. Jaray, born 1937 in Vienna, has investigated architectural structures and ornamental patterns in her work since the 1950s. A building’s particular structural rhythm, for example the patterned tiling of the roof of the Stephansdom in Vienna, remains a core inspiration and driving force for the artist’s visual translation into painterly abstraction. Yet Jaray’s perception of architecture frees its specific forms from their contextual site and elevates them towards a universal moment of aggregation and transcendence.

In the late 1990s Jaray was able to visit the city of Aleppo in Syria. Here, Jaray was fascinated by the particular contrast created between alternating light- and dark-colored stones that constitute the arches over the entrances to ancient local mosques. Though only in 2016, did Jaray revisit this specific pattern and turned it into the source and inspiration for a new body of work. Entitled Aleppo, Jaray created a series of wall-based works, each consisting of various flat wooden panels painted in muted, often pastel, monochrome hues. At irregular intervals, these precise laser-cut panels, have a zig-zag shaped vertical edge, formally reminiscent of the arches Jaray saw during her visit to the mosques of Aleppo.

With Aleppo Jaray pays homage not only to the specific Islamic Architecture experienced in Aleppo but urges the viewer to become aware of our own fragility, temporality and internal disjuncture. Between 2012 and 2016, the ancient Islamic Architecture of Aleppo was perceived as inappropriate religious content. Within the minutest historical second, an estimate of 33.500 buildings and historical monuments were destroyed through the hands of the IS regime. Aleppo, its architectural heritage and people were brutally shelled in front of a paralyzed world audience watching.

An initial response to the reductive quality of Jaray’s Aleppo series might be based on its pleasing formal composition. All works are of the same height, different alone in color rhythm, amount and combination of panels. However, within its reductive formal language, the works of Aleppo assume a radical shift. Each panel’s shape, when set in relation to one another, holds a vital tension capable of connecting and constituting different, often opposing gestures. There appears a particular tension, a kind of constant disconnection between presence and absence, between being and non-being. Considering the panels subtle three-dimensional volume, the attention is furthermore drawn away from the panels’ painterly surface to the spaces in-between them.

The Aleppo works can in fact be defined by these voids. Like canyons cutting deeply into a landscape, these voids speak of time, of absence, of memory and of loss. They allow for these works to be vast, to extend infinitely as they silently absorb the spectator in an impalpable atmosphere. At times, when in irregular compositional intervals two such zig-zag shaped panels meet, their collective gap forms not only a dividing canyon but creates a specific shape itself. This new shape not only resembles the architectural pattern seen by the artist in Aleppo but can also be seen as a reference to the Endless Column by Brancusi (1938) created as a memorial to fallen soldiers in Târgu Jiu, Romania.

These trapezoidal void shapes within the Aleppo series, also reminiscent of a human spine, presents a moment of infinite silence and of monumental stillness to the dramatic effects of destruction and forceful loss. There seems no possibility of reconciliation between each of the works separated parts with these seemingly simple formal ruptures generating numerous visual as much as emotional responses due to their core root in emptiness and vacuity as continuous efforts of memory recall.

Similar to Maya Linn’s Vietnam Veterans Memorial in Washington D.C. (1982), Jaray’s Aleppo series constitutes an immaterial memorial to all of humanity’s violent losses and despairs. Yet through the subtlety of the surface and formal composition the Aleppo works reflect back in hopeful motifs, personal response and collective experiences. Colors as non-verbal language thus can reach and penetrate the unconscious. Historical and individual memory for long being repressed can be experienced through this intensity and purity of trans-temporal shapes and volumes.