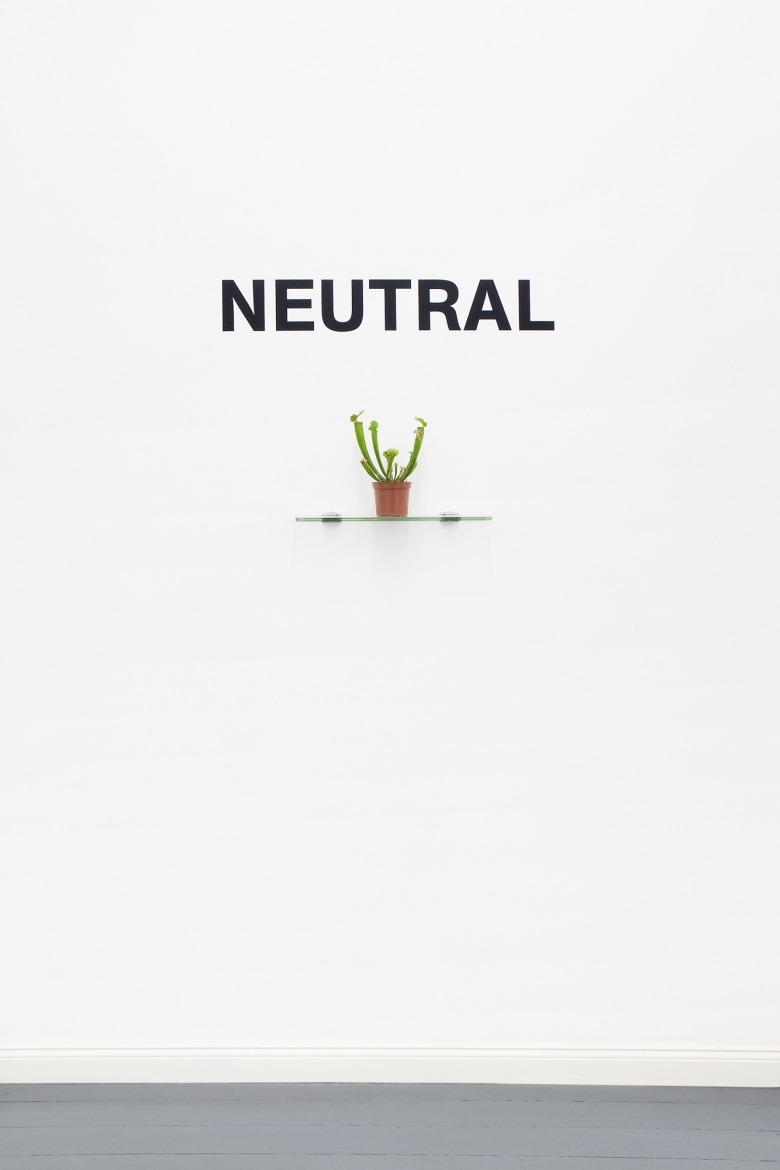 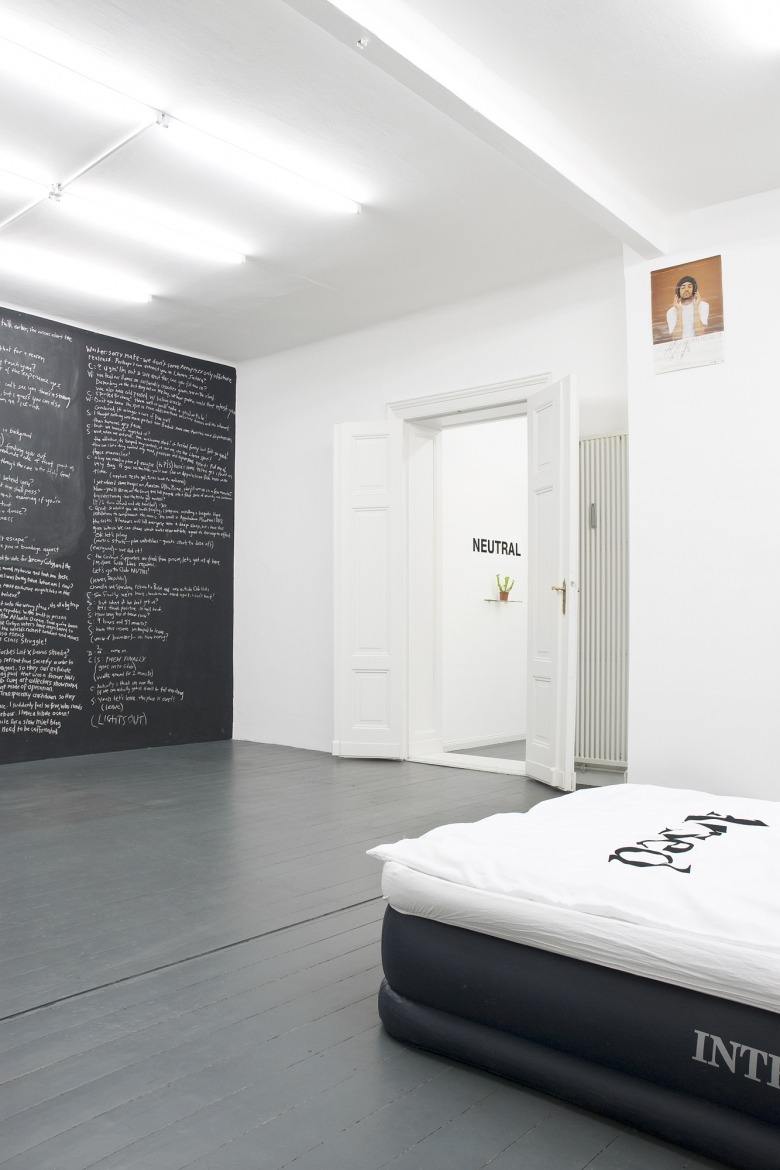 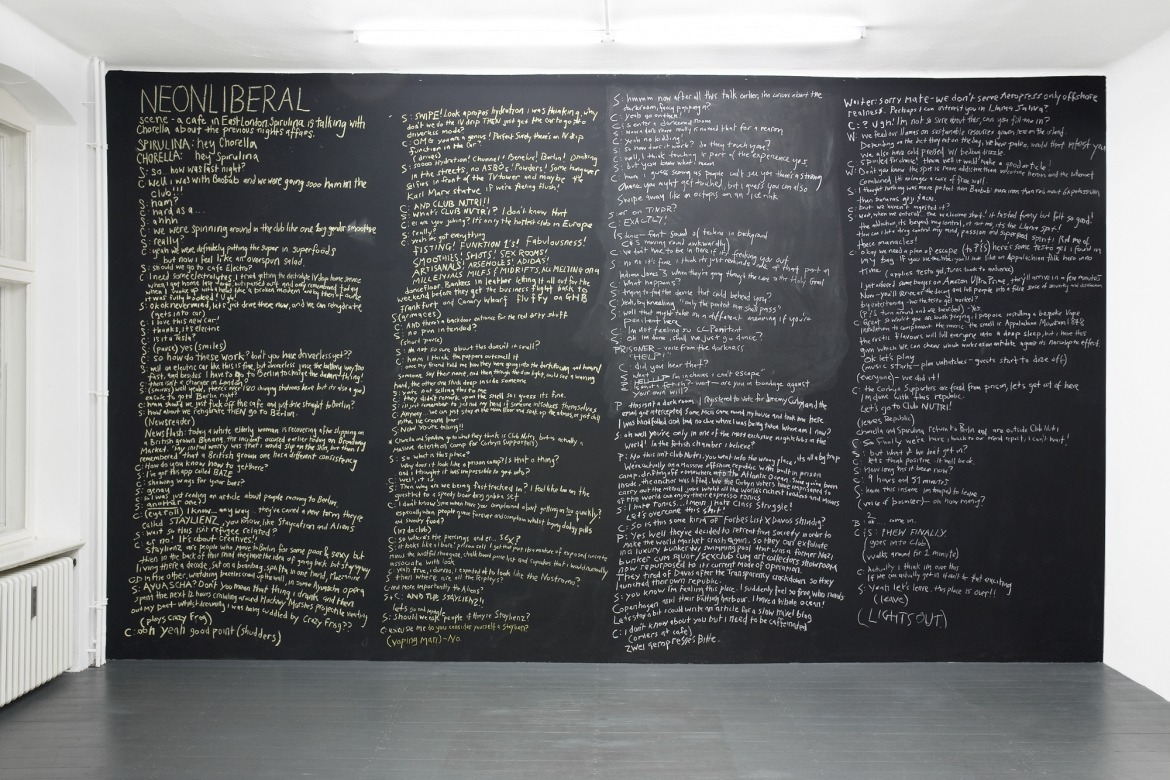 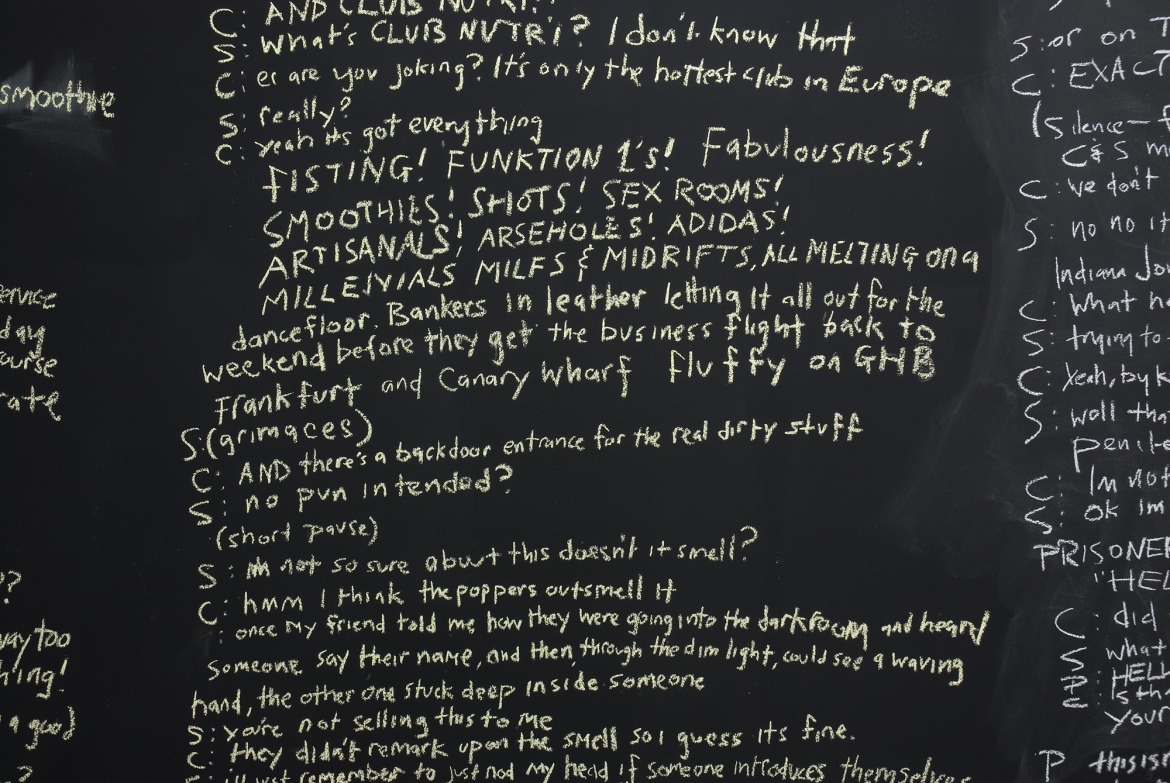 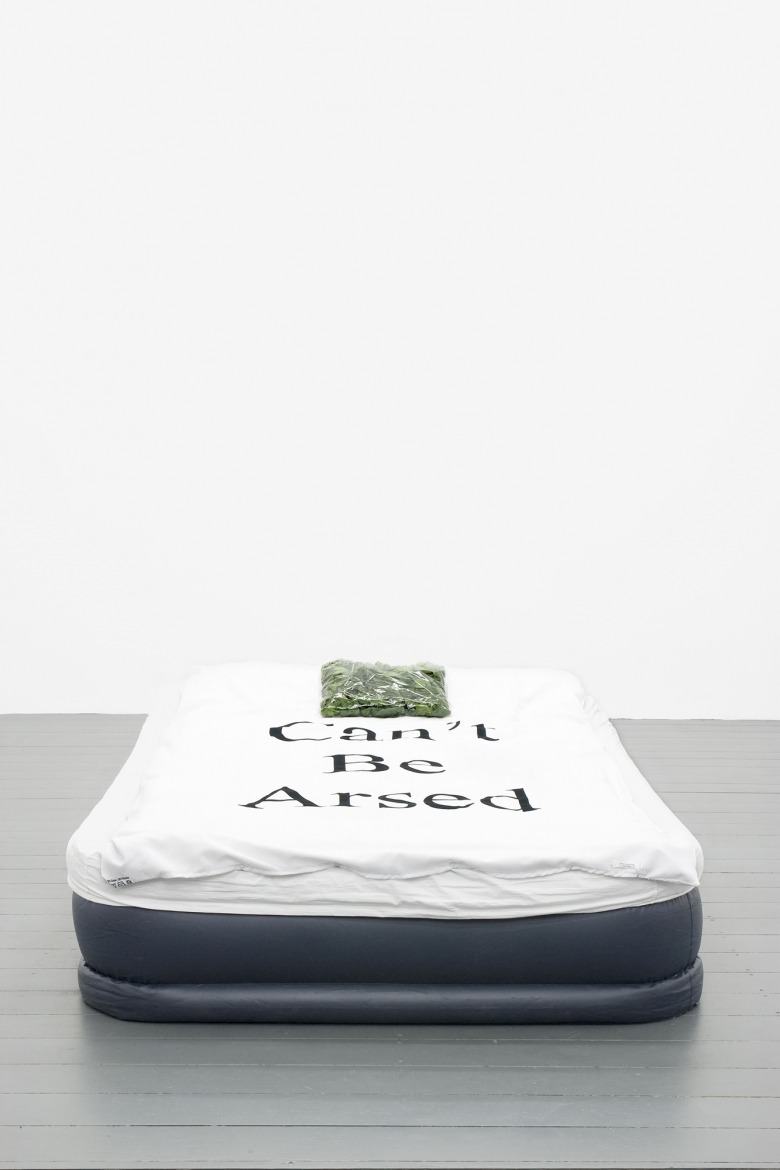 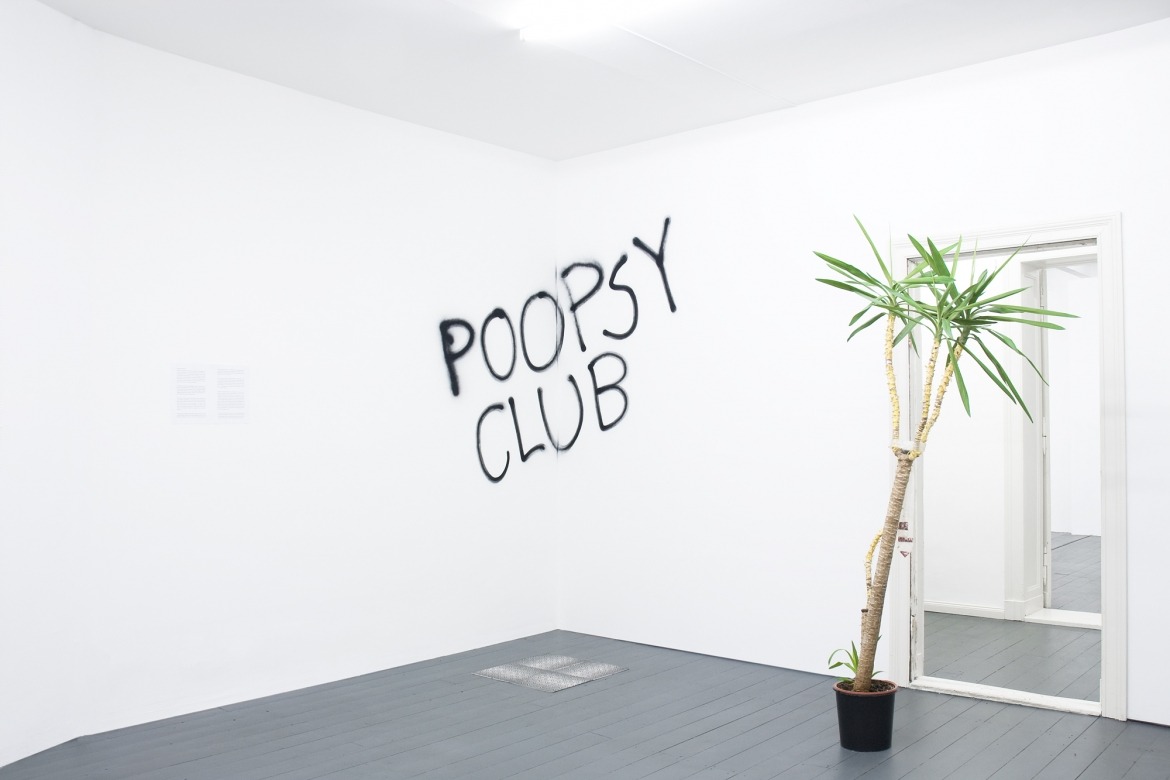 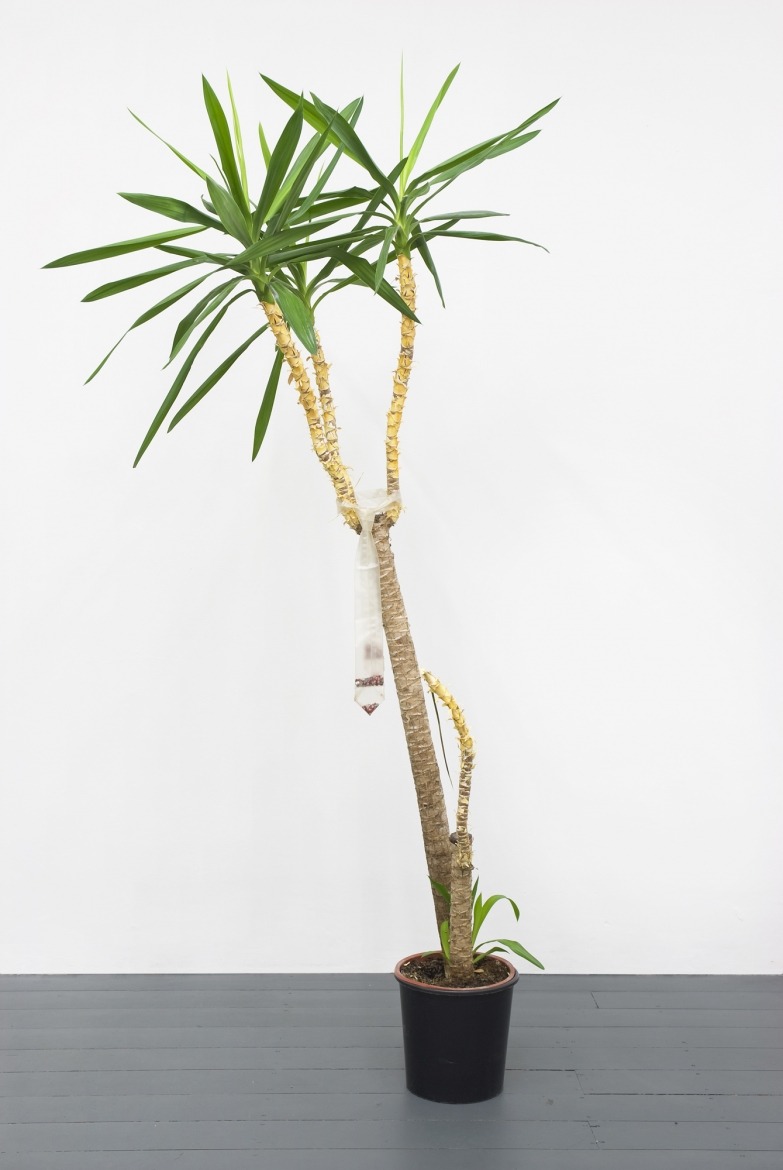 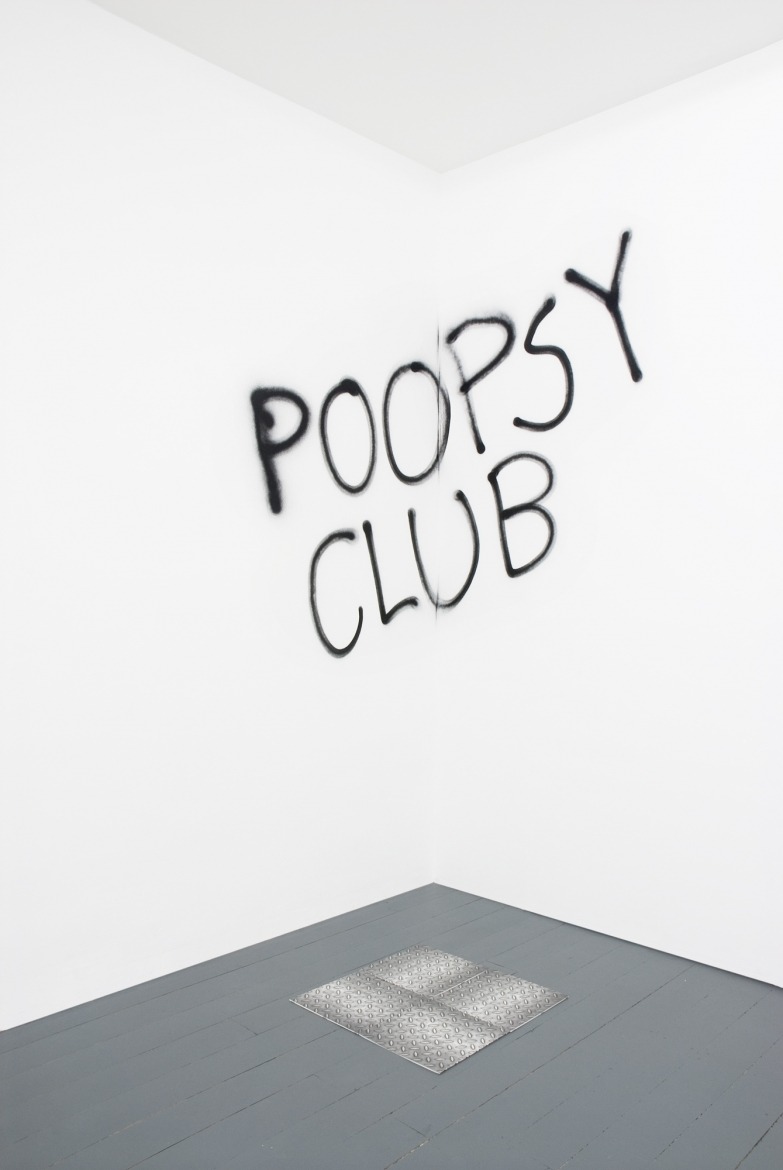 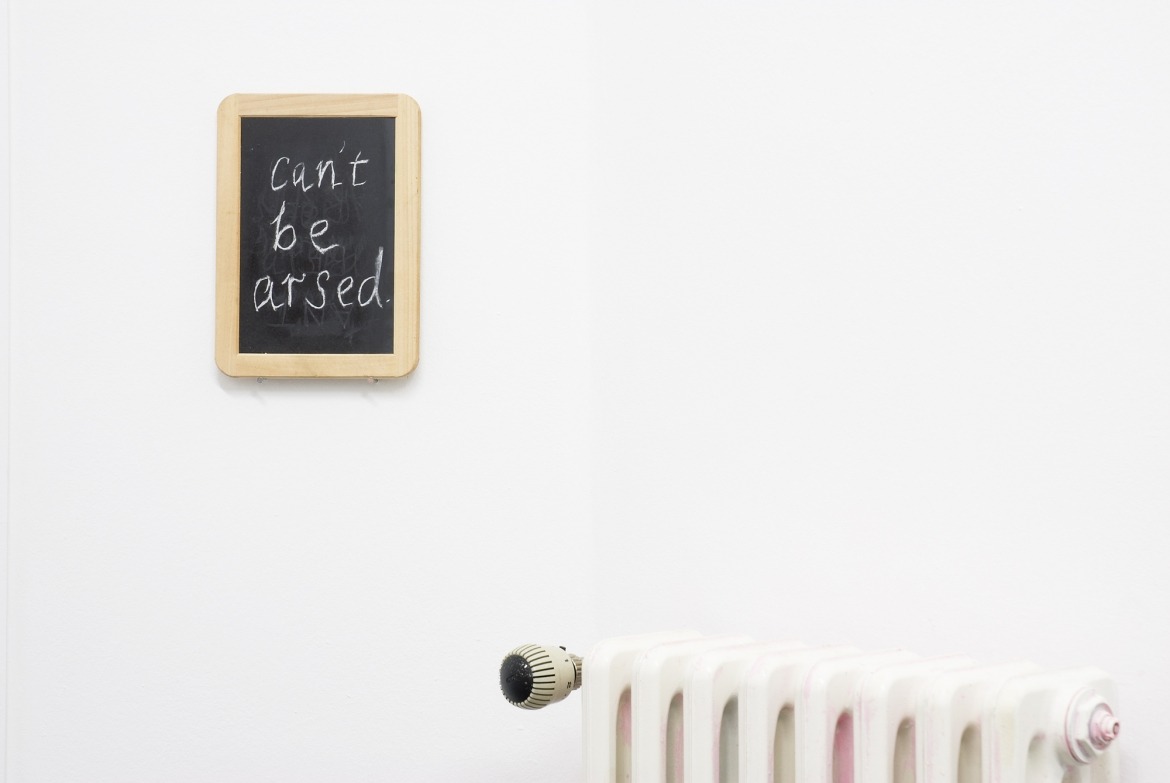 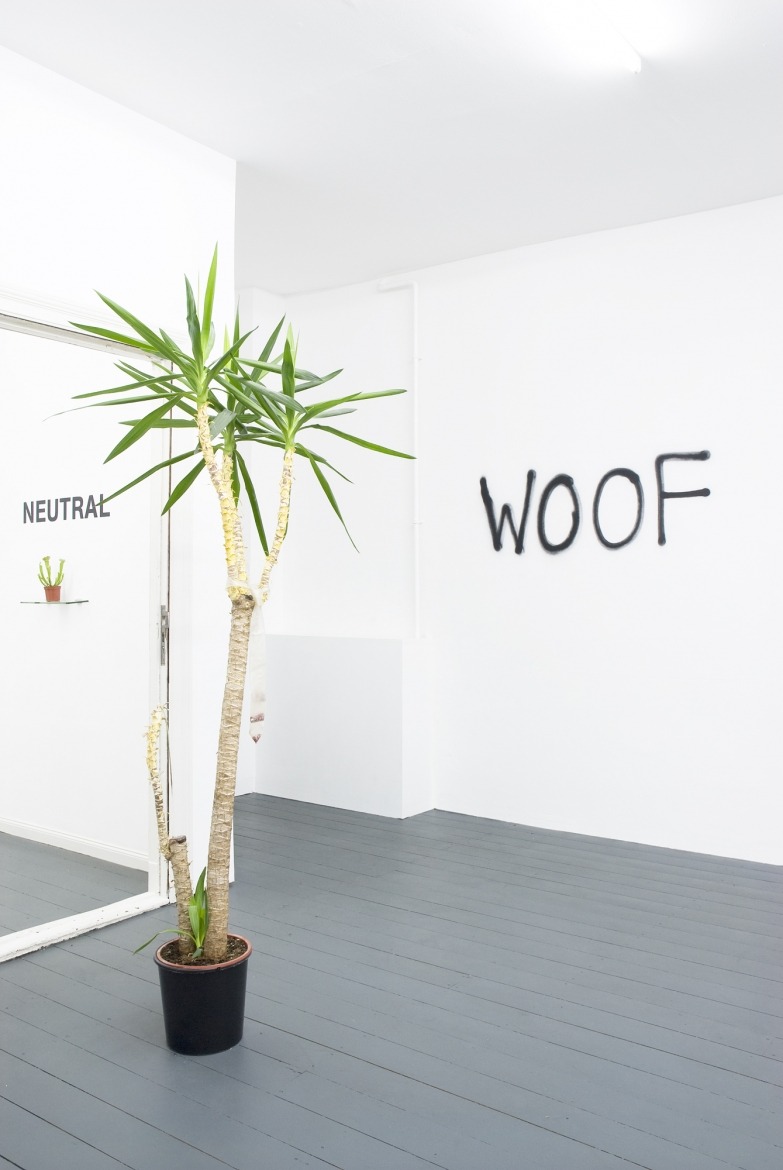 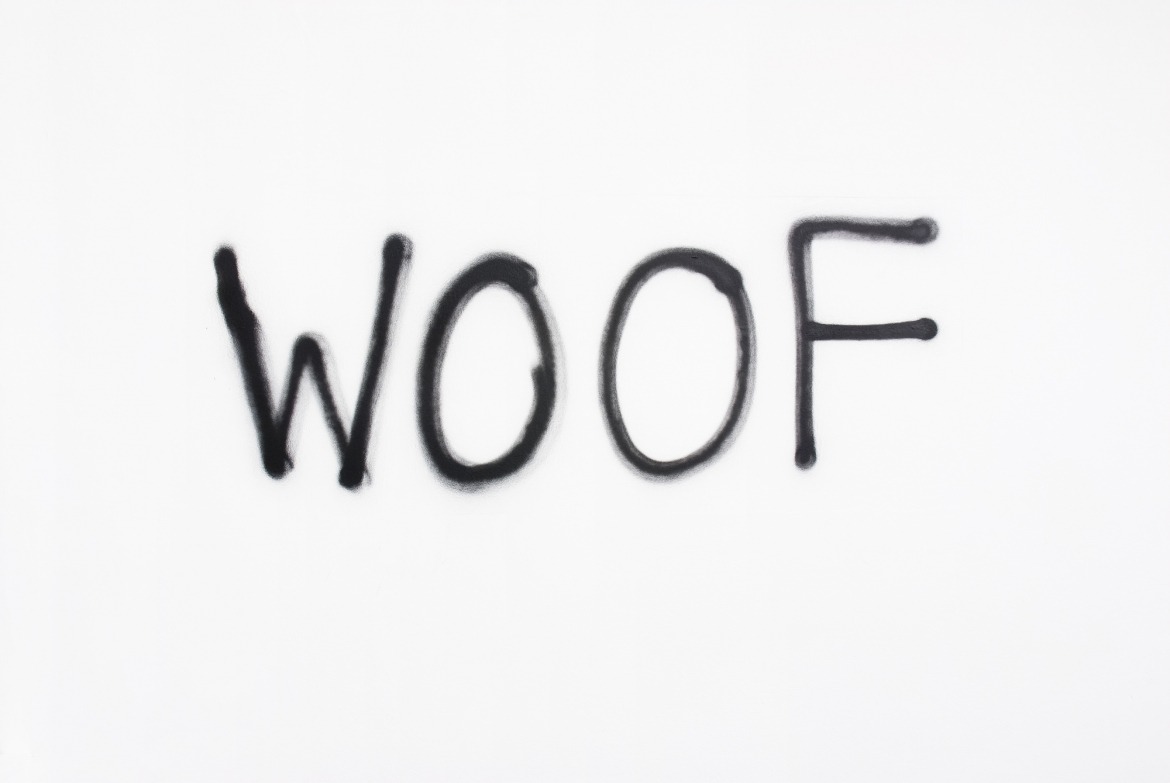 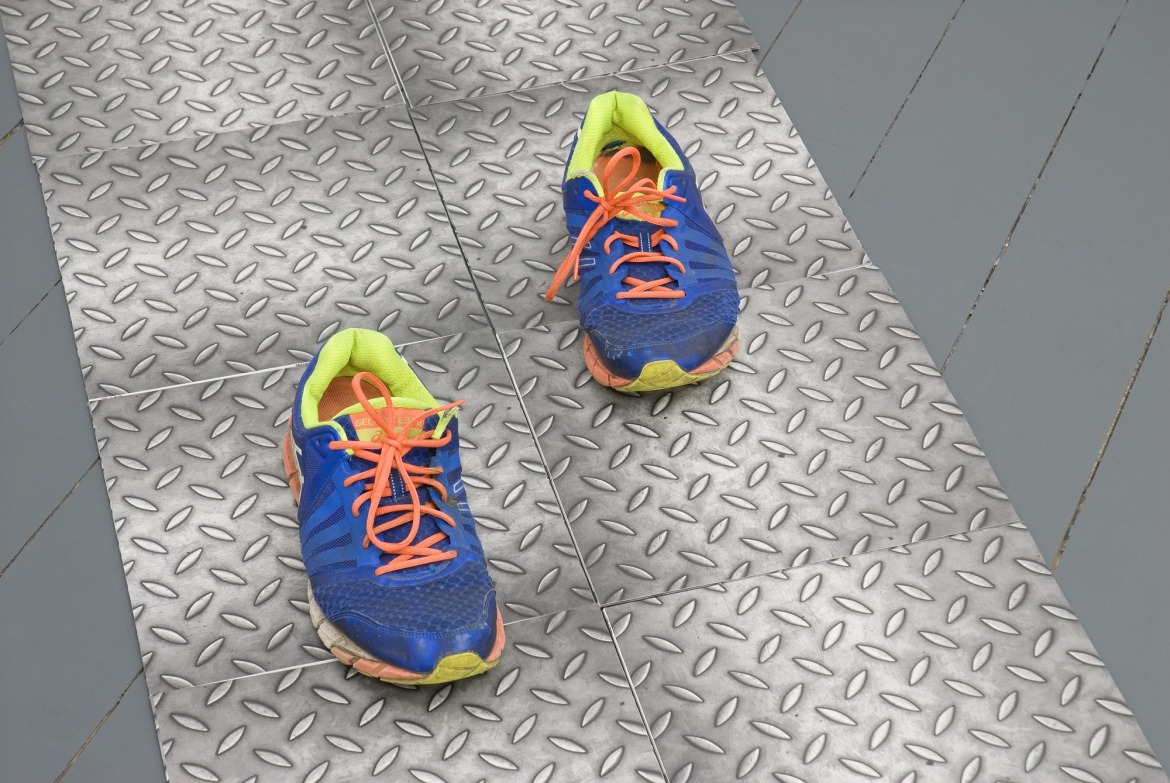 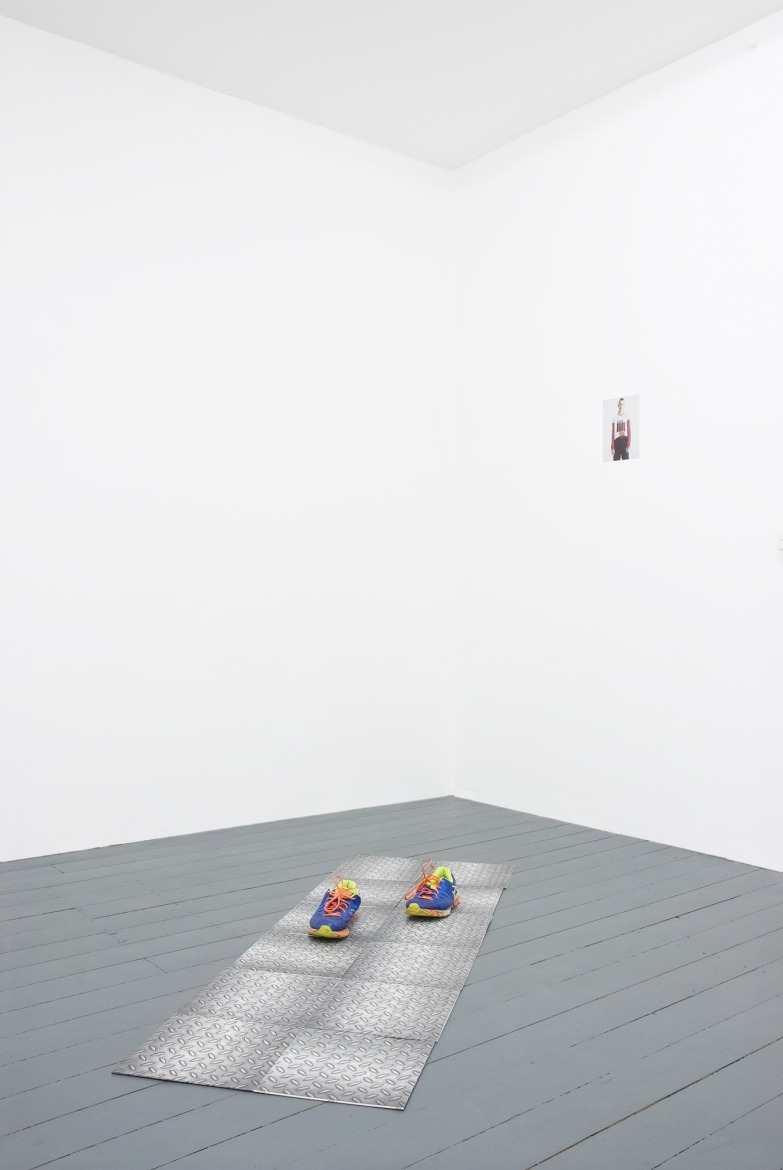 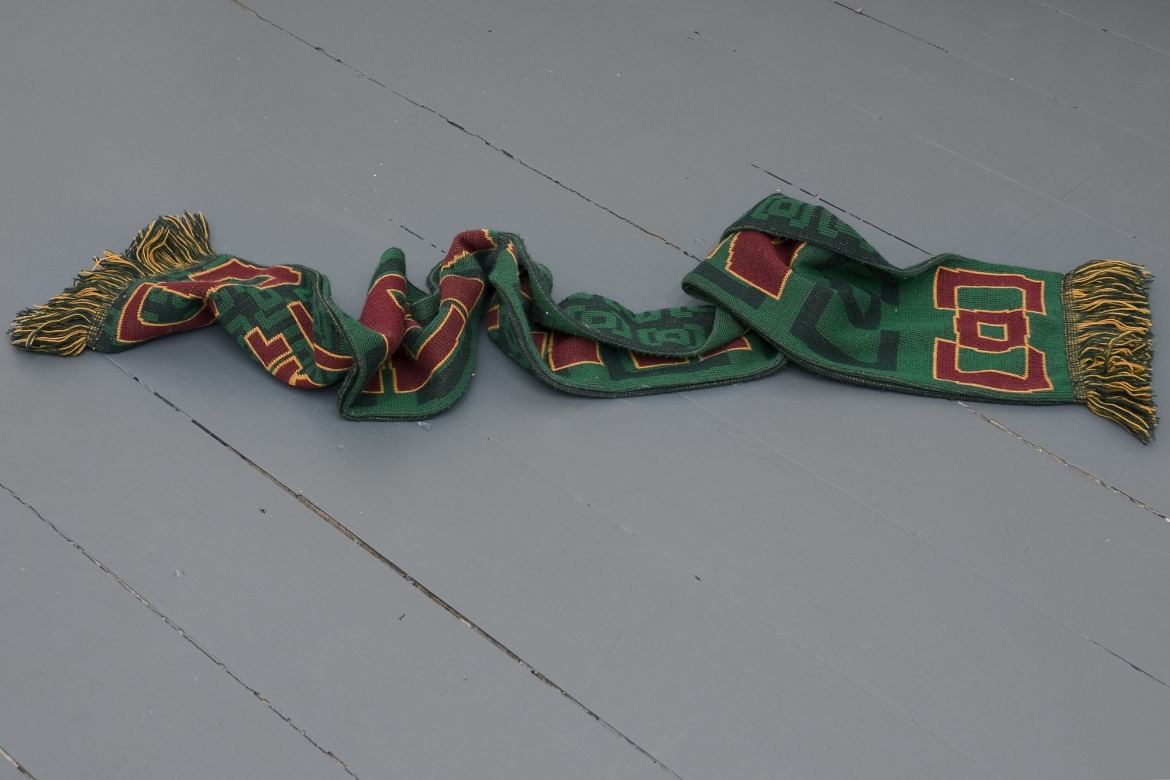 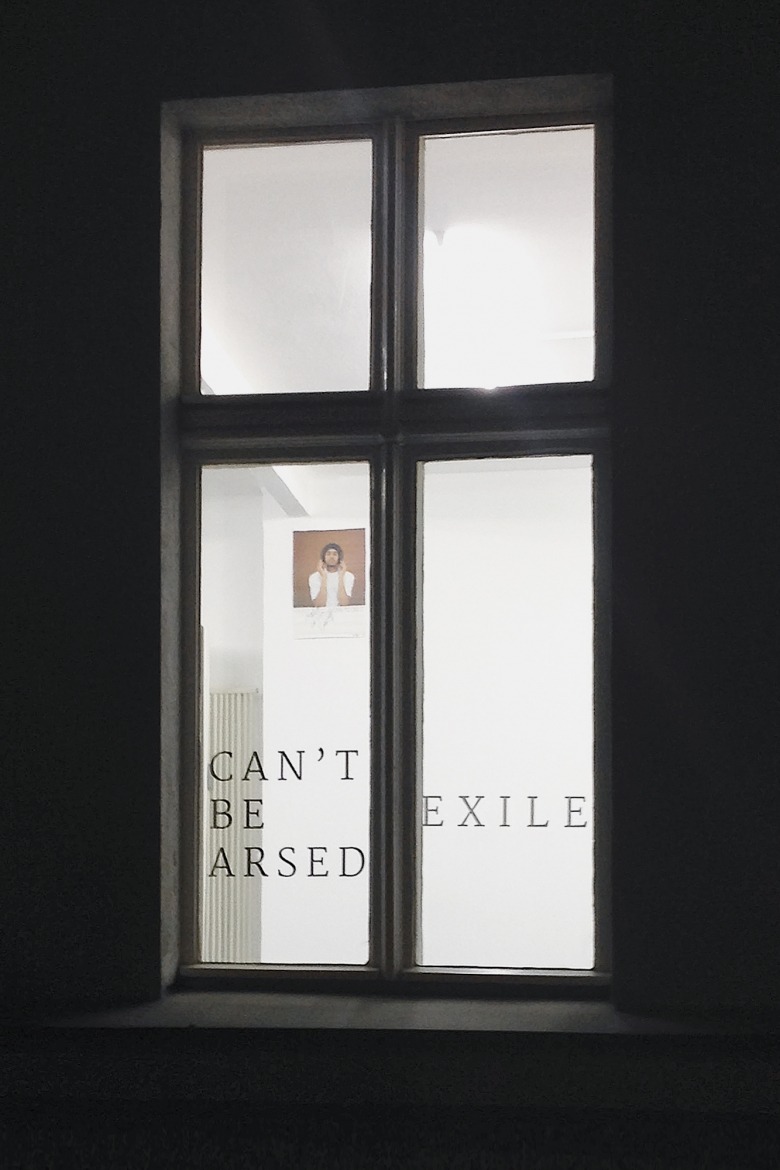 I’m betting you can’t remember a time before ‘space’, although it’s a fairly recent abstraction—not space as transcendental form of experience, but the space that is the condition for the intertwined operations of the architecture–retail–real-estate–contemporary art complex. The light and airy expanse of daytime TV property porn, with its clean architectural lines—as homes become ‘property’, rooms become ‘spaces’, open receptacles for self-realization—and the layout grid for retail outlets and corporate campuses, it is also that tranquil three-dimensional support for arty action in all its hysterically multifarious forms—project space, research space, gallery space, club space as armature for indeterminate creative potencies.

A metaphysical ersatz whose costly, energy-intensive processing and refinement feeds the supply chain of the creative self, ‘space’ is the indifferent corridor through which whitewashed scenes of violence communicate; it both satisfies a demand for the realisation of subjective freedom and incites that same demand. For it is also disseminated as image, a dream-image saturated with the hi-res allure of self-creation, the promise of fusing one’s gestures with the space that enfolds them, in a serene streamlined integration.

This dream is the only place the cybernetic nomad really feels at home. All the better if there is grit in the workings, the off-white residue of another violence clinging to the walls. Energising spatters of local colour activate its latent tracts: There is nothing that Berlin really stands for, except being cheap and cool, and drunk and druggie…it’s the potential to shape something, says a tech pioneer of his proposed ‘startup campus’ in the city. Despite its ex nihilo veneer, ‘space’ is always overtly parasitical upon prior conditions. (Unless maybe it was this monster of blank inscription that created the prior conditions, in order to ensure its emergence….)

NEUTRAL’s museum of contemporary spatiology involutes the artisanal violence that constructs ‘space’, tapping Berlin’s clotted semio-sump to distil and precipitate poor-but-sexy into a few sparse crystals of depleted cultural energy that operate as basic orientation points: ribbons of scat and squalor applied directly from the semiotic palette onto the white-overpainted surfaces of a dilapidated urban infrastructure whose use-value flaked away to reveal a blank canvas onto which were daubed non-scenes that became scenes that became photopathological simulacra laminated onto their own re-re-re-representation.

These rooms are endgames where the imposition of containment, the pure hard fact of being in a room, condenses a generalized claustrophobia: that of free space and absolute fluidity become a fatiguing institution of subjectivation, a festive confinement for a New Hanse: that hard-living superfood-guzzling grindr-swiping concept-hungry pitch-shifting multi-desking gentry for whom every glancing encounter is a creative opportunity; the last human generation to be able to derive some privileged enjoyment from its assimilation into a hysterical machinism. You know the score. You probably are the score.

Remember how, along with the forlorn call for an authentic return to place as a counter to the deracination of international styles and the serial homogenization of franchised units, the contemporary laundering of space also provoked a turn to the specificity of site? Under interrogation, works were forced to renounce their autonomy, to recuse anonymous space, and to swallow the circulatory systems that produced them, so as to glue them to where they were, as if this adhesion would enable a critical separation. But now the site is mobile: it’s you who are glued to it, carrying it on your back like a snail’s airbnb, stowing it as hand luggage on Easyjet, necking it as you wait in line at the club, putting it aside for later in the nth browser tab…. The site has exploded, the blank mask of space has peeled off to reveal the machinic death’s head beneath: an ever-present gigantic bit-switching global exchange; the walls have become self-conscious, or at least possessed of some cryptic cybernetic intent; everything’s as superfluid as a T1000; there’s no separation, no room.

You try to hold on to some vestige, to keep the lines clean; you alternate between reckless affirmation and the guilty pleasures of cosy self-security. Create, possess, reflect, enjoy. But do you really have anything to add? The open space you tried to make for yourself is closing in. At this point, isn’t n+1 just n again? In which case, maybe the best response is—can’t be arsed.