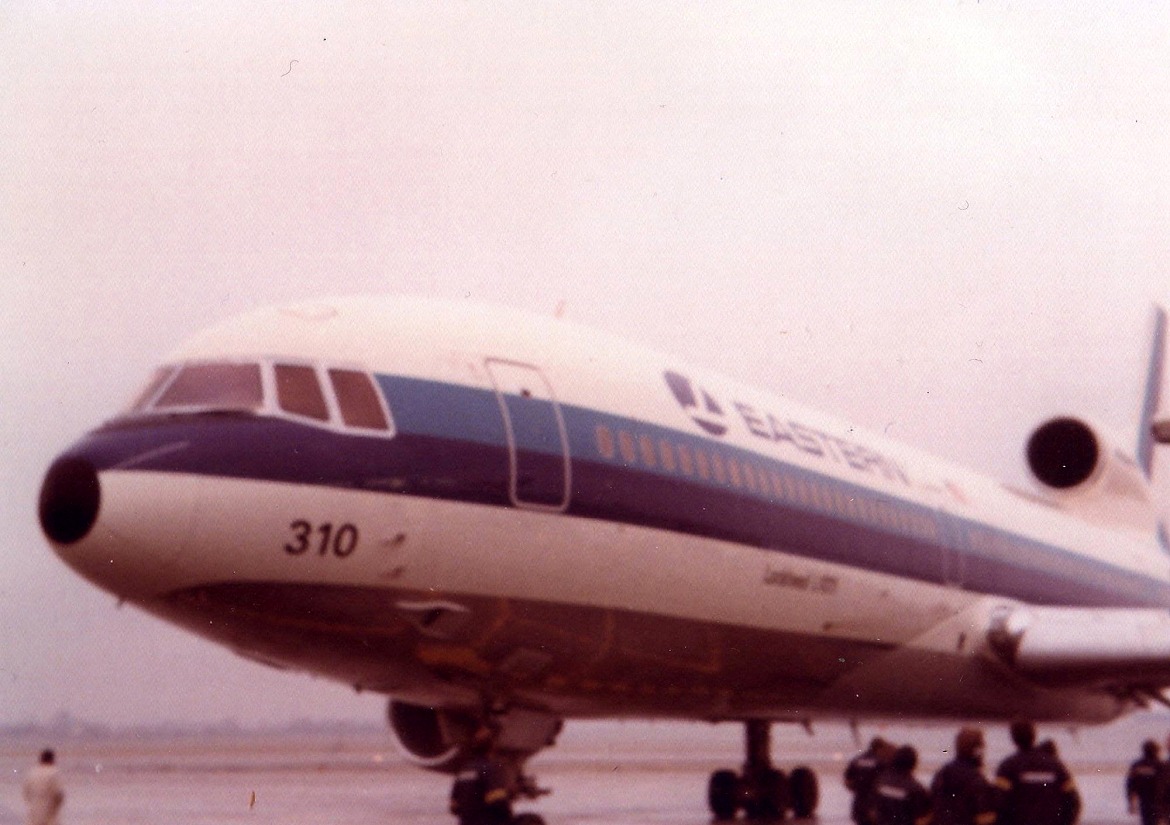 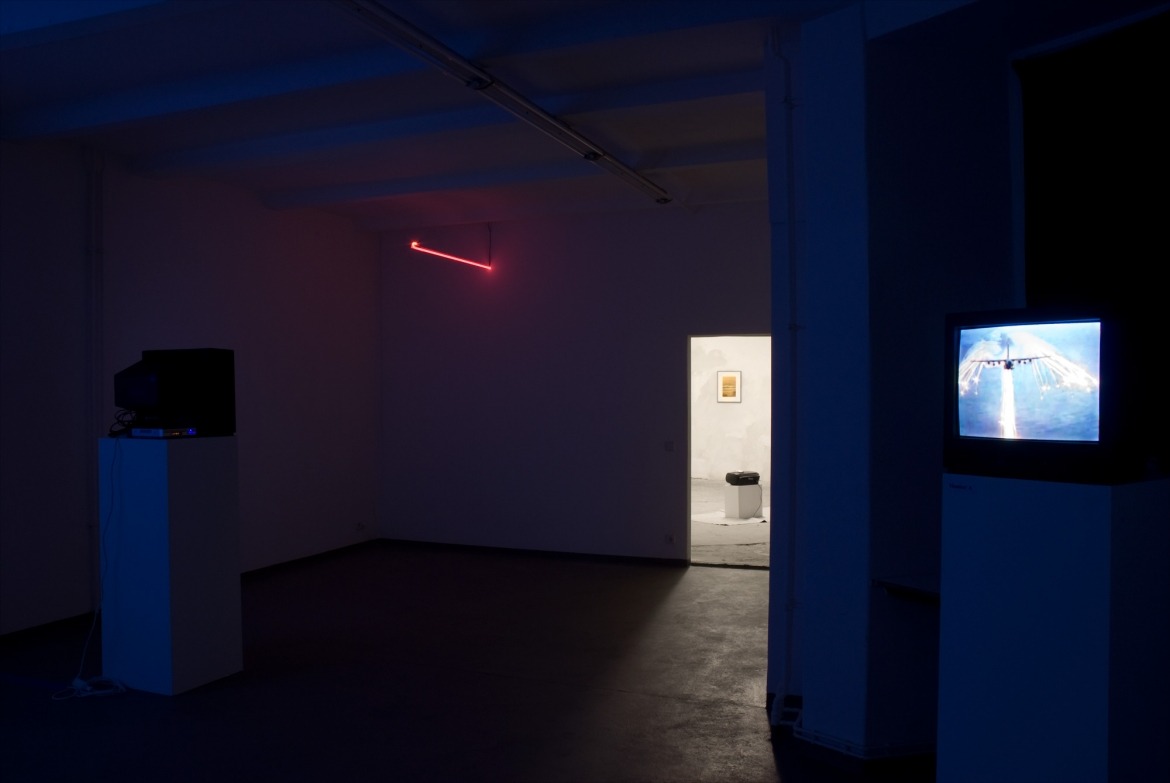 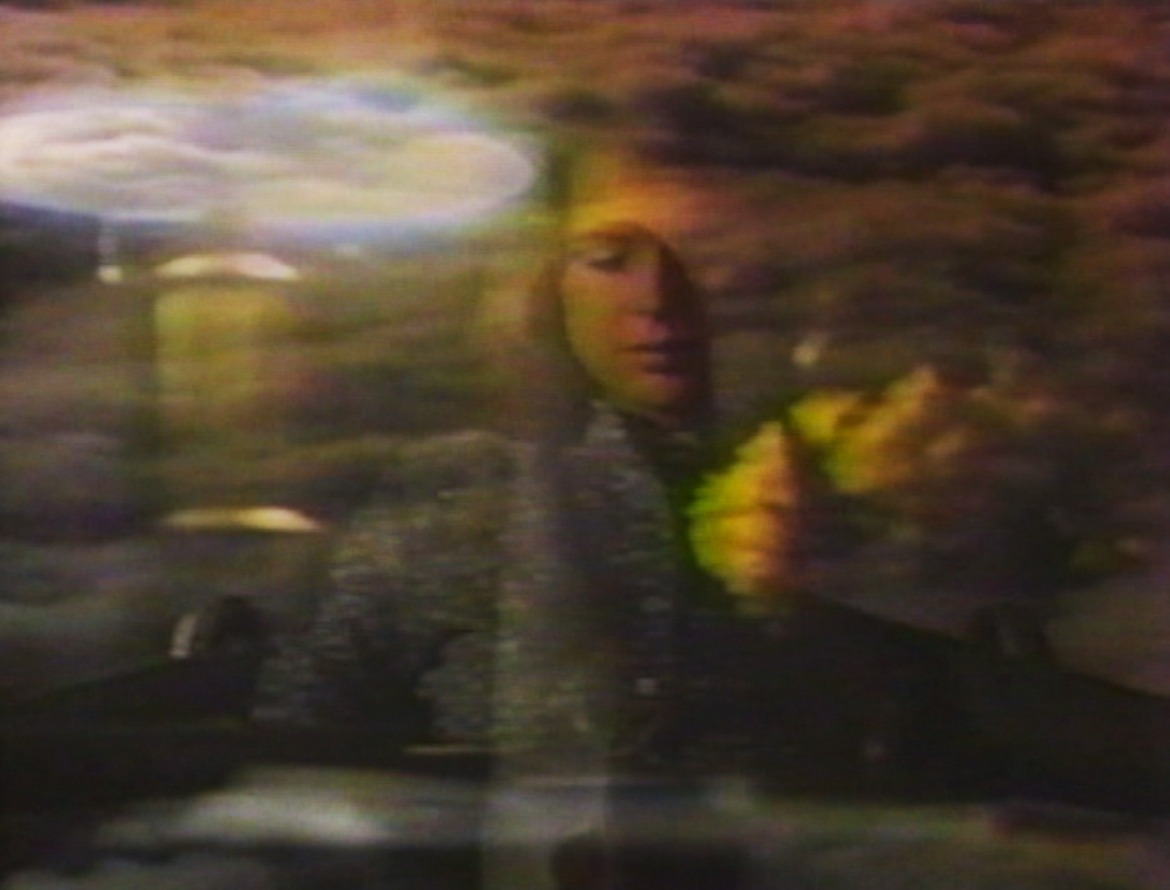 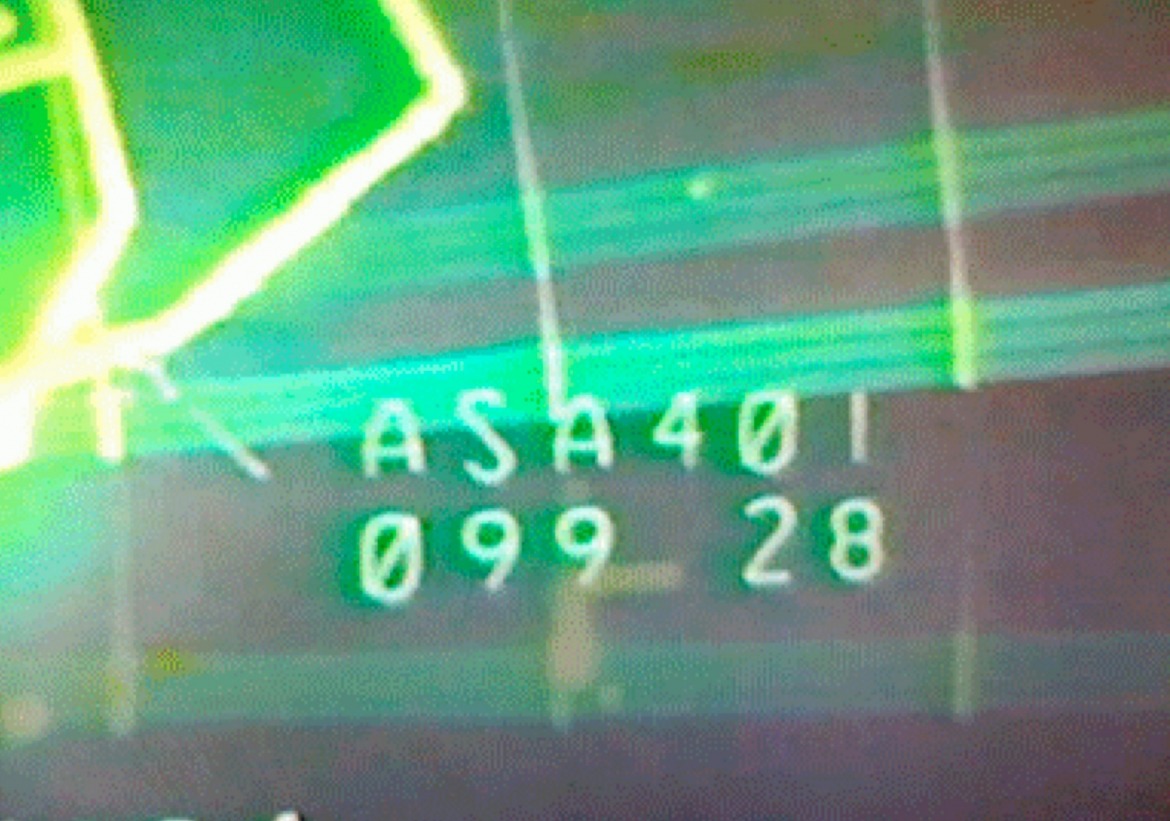 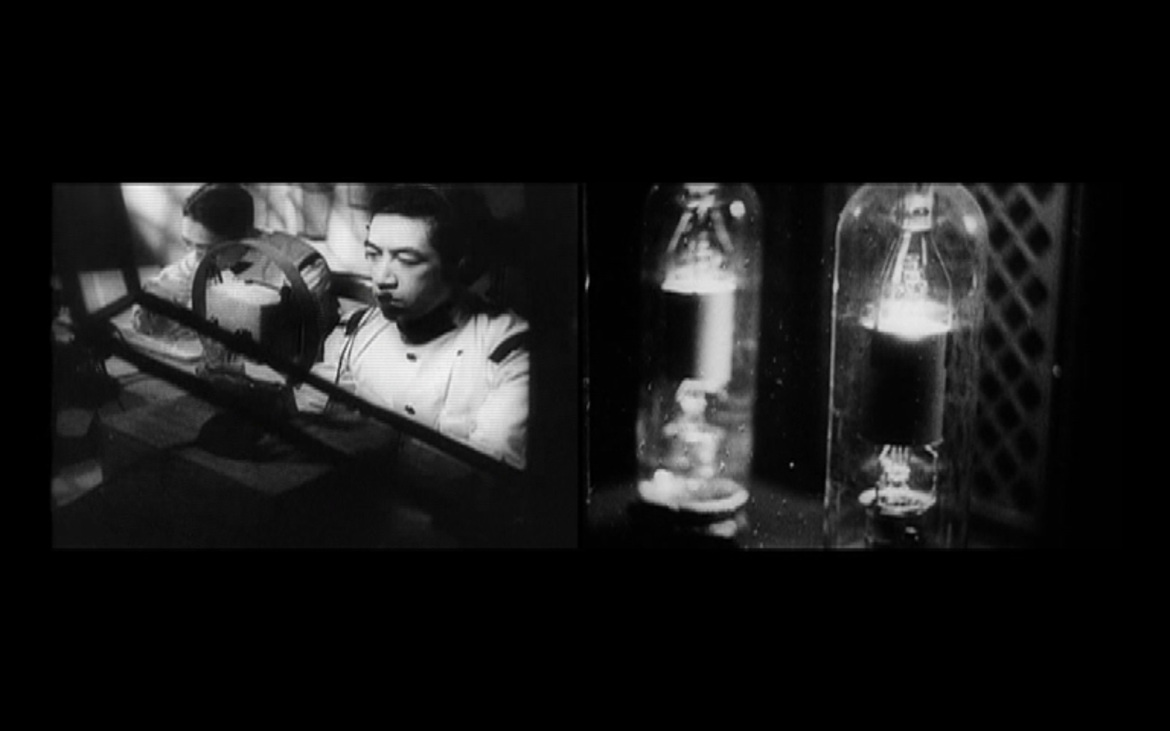 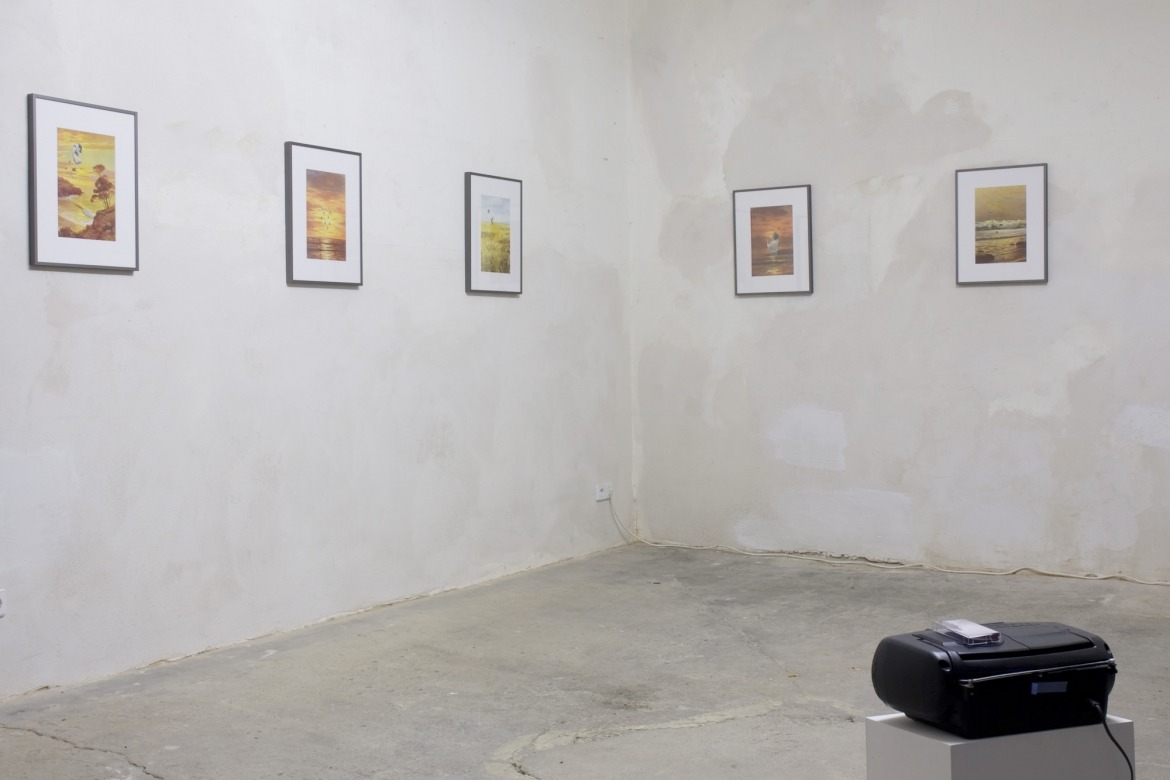 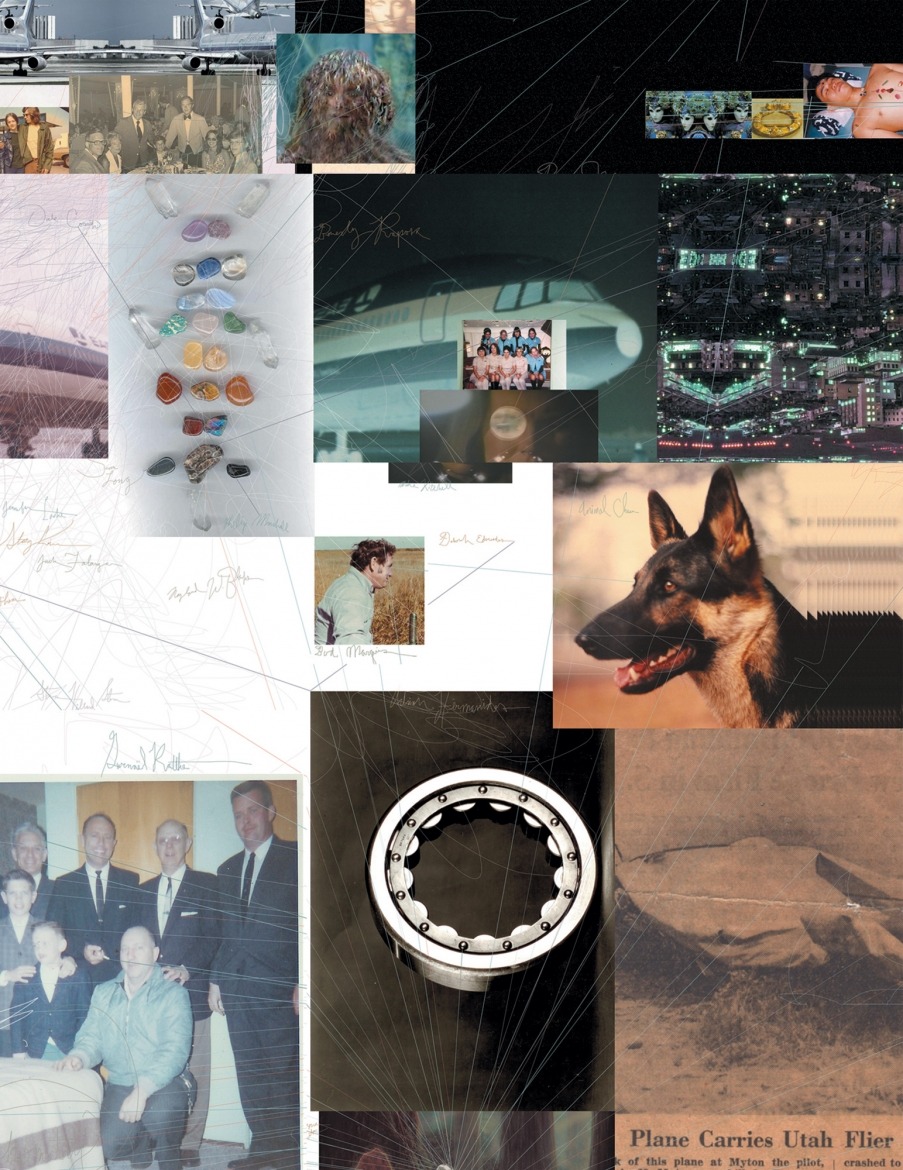 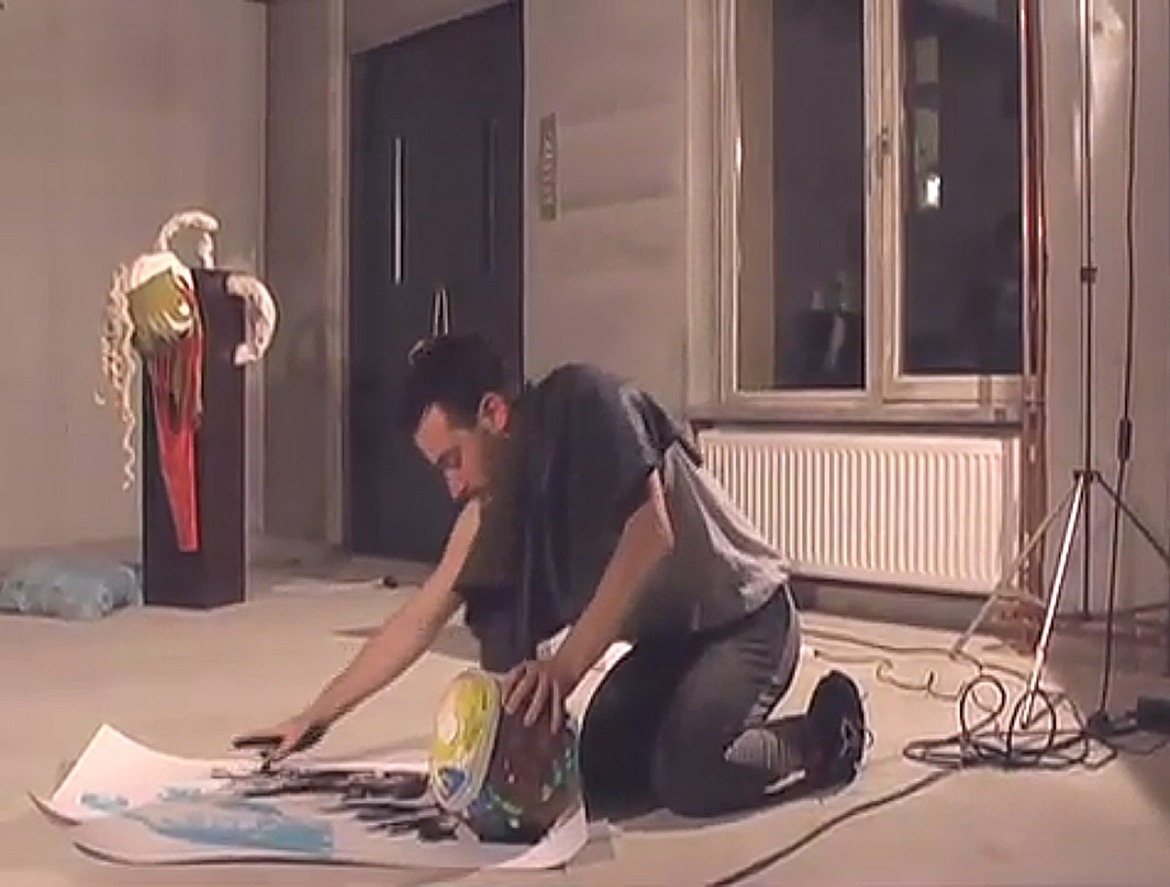 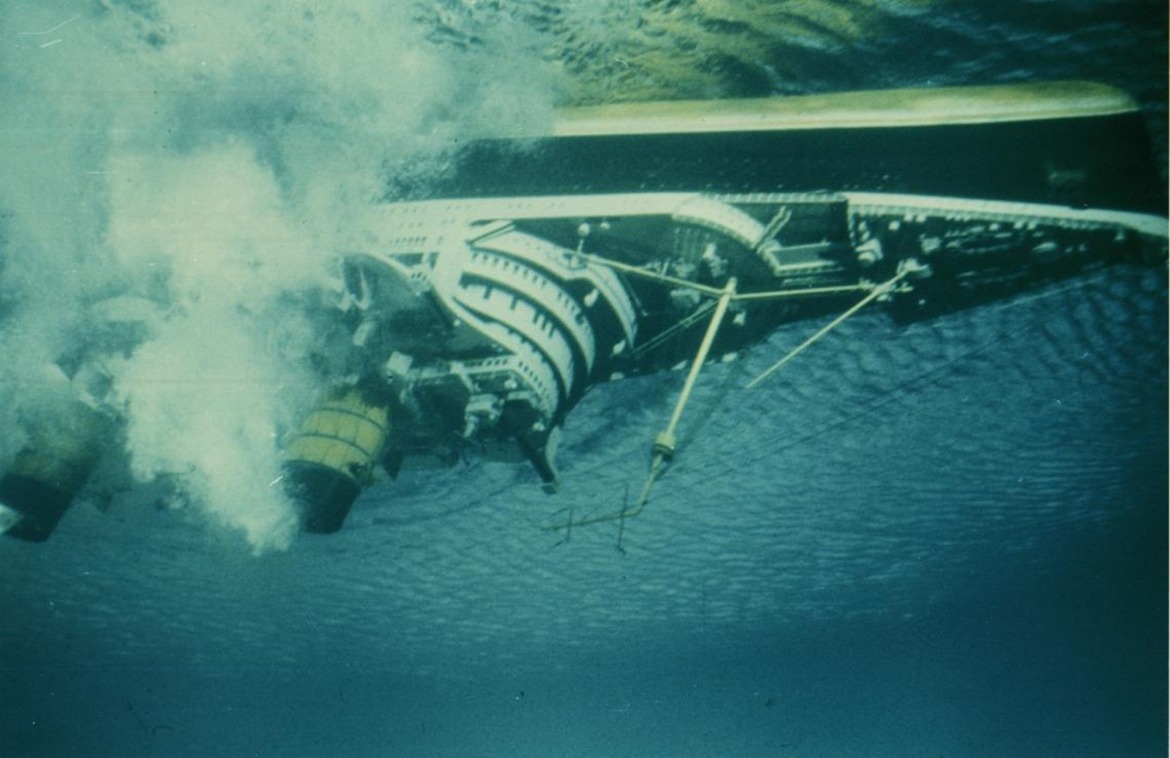 Psy·chom·e·try: (sī-ˈkä-mə-trē), Function: noun, Date: circa 1842
The divination of facts concerning an object or its owner through contact with or proximity to the object. (http://www.merriam-webster.com)

In 1972 an Eastern Airlines L-1011 aircraft crashed into the alligator infested Florida Everglades, and of the 176 people on board there were only seventy-three lucky survivors. In 1975 the movie The Ghost of flight 401 revisited the tragic event and turned it into a low-budget made-for-television spectacle.

In 2007 D-L Alvarez found the movie on Youtube: “It was broken into ten parts, in low resolution and degenerated. Time wasn’t kind to it, but neither was its original budget. Its central premise is that the dead pilot, played stoically by Ernest Borgnine, is a guilt-ridden ghost. After the scattered pieces of the plane were gathered its salvageable parts were re-used in other airplanes, and Ernest re-appears on those flights warning of potential dangers.”

The central premise of the exhibition Psychometry is that the remains of this film have been distributed amongst a group of artists. Alvarez asked a talented cast of creative individuals to salvage the wreckage as the basis for their artworks. The actual Ghost of flight 401 is now embedded in the artists’ sculptures, videos, Super 8mm films, photographs, installations, writings, performances, sound works and computer graphics.When presenting these re-used parts in one program the original film becomes re-assembled, a sort of Frankenstein remake, and the Ghost of flight 401, though slightly tattered, arises from the wreckage.

Sunday, March 01, 2009: 6:00 PM
Introduction to Disaster: A short lecture with long examples
A cinemtaic walk by Psychometry Curator and Mastermind, D-L Alvarez, through the Highs and Lows of the Disaster Film Genre.

Sunday, March 08, 2009: 6:00 PM
Anne McGuire: Poseidon. The Unsinking of my Ship. 117 min, 2006.
Anne McGuire’s film restructures another Seventies’ ‘disaster flick’ with Ernest Borgnine, The Poseidon Adventure. Her story starts with the ending and ends at the beginning, sending our heroes deeper and deeper away from the rescue they so desperately fight for, bringing the dead back to life, and eventually reversing the tidal wave that threw them into each other’s unlikely company. The action moves forward, but the film is edited in a backtracking sequence that creates a new narrative without otherwise altering the footage.

Anne McGuire: Poseidon: The Unsinking of my ship, 2006. Digital video, 117 min
Back to top