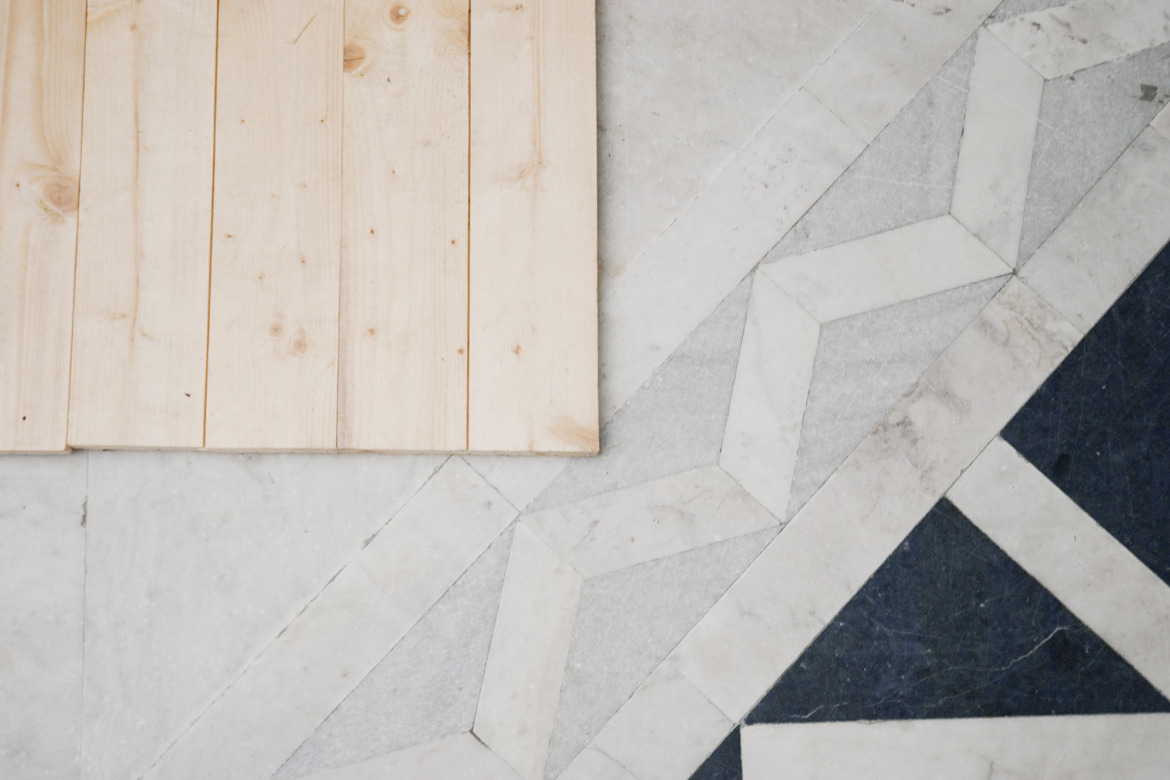 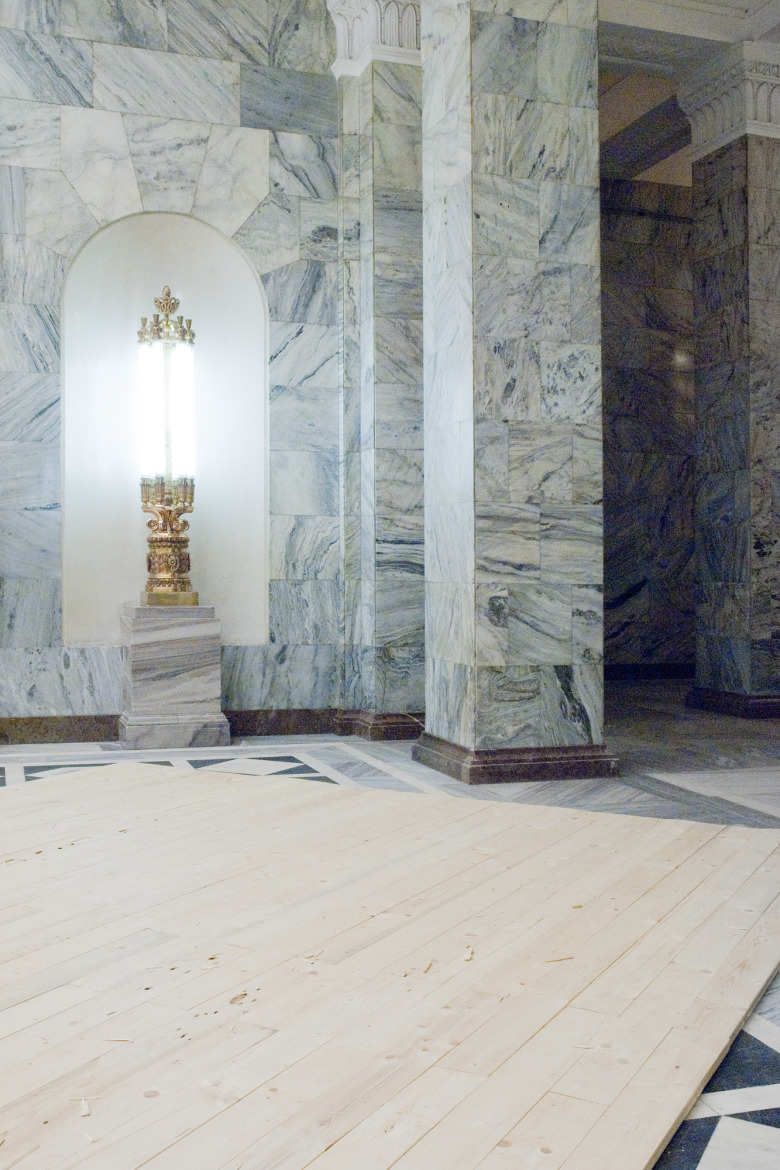 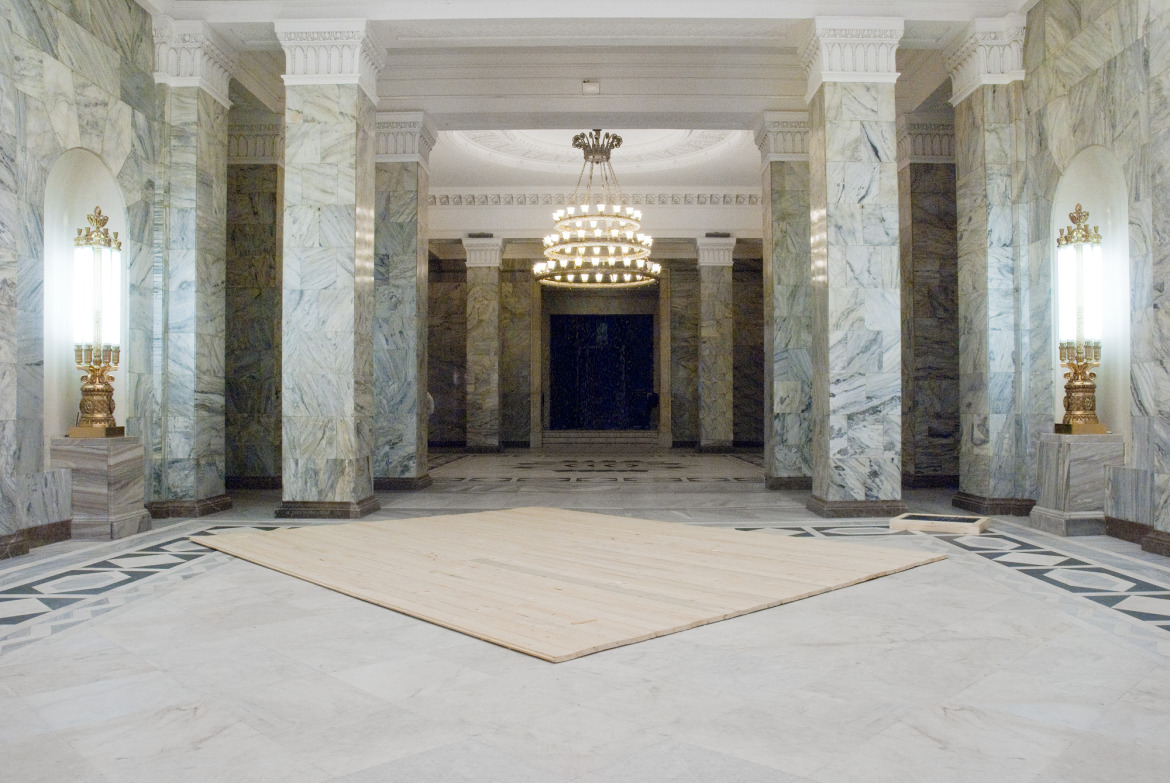 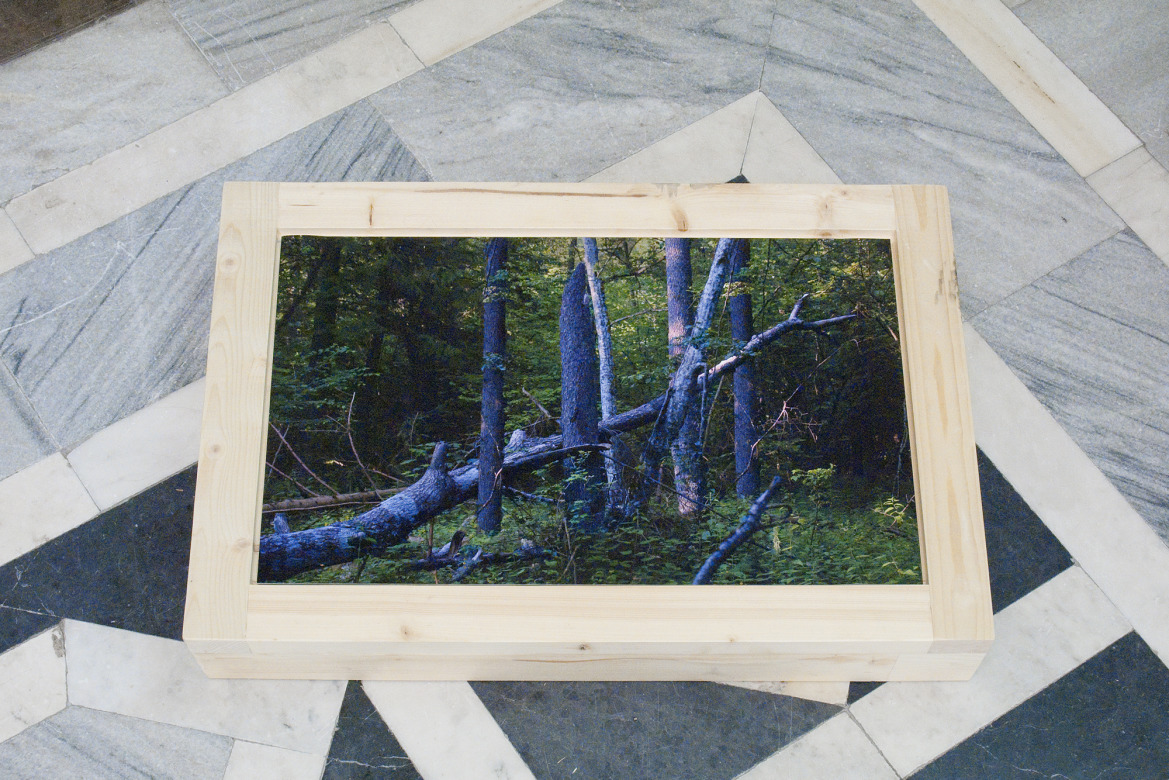 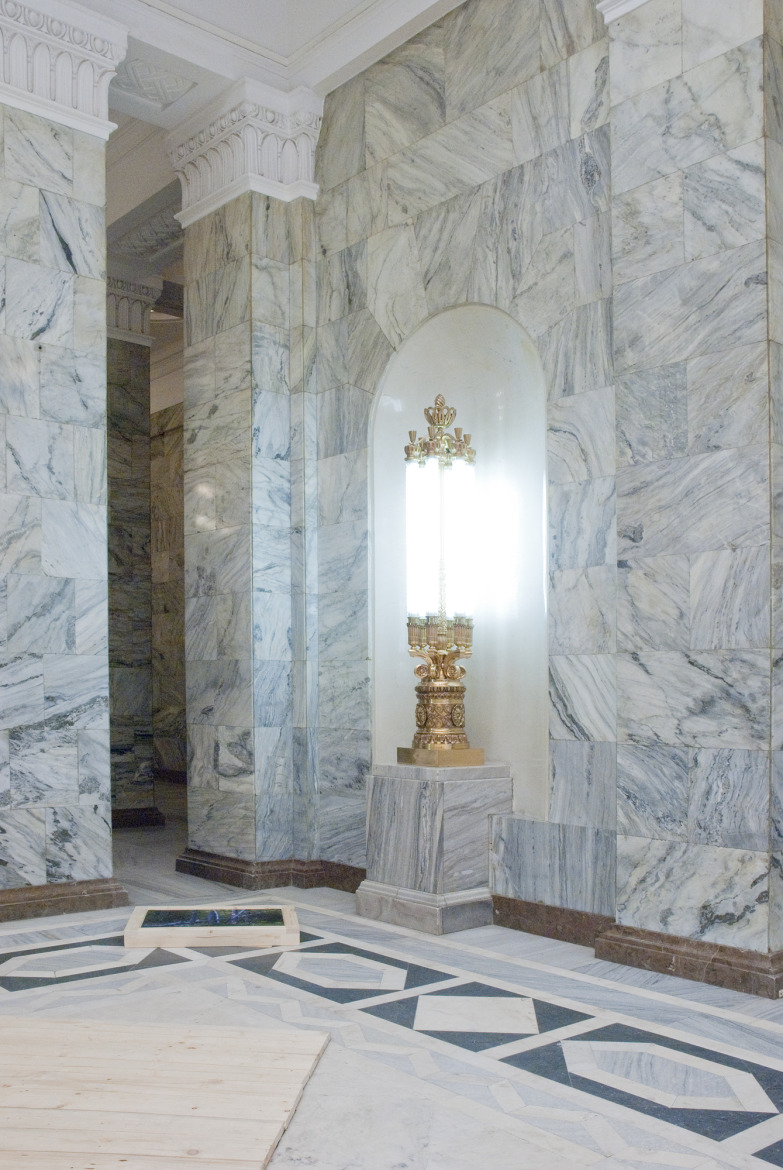 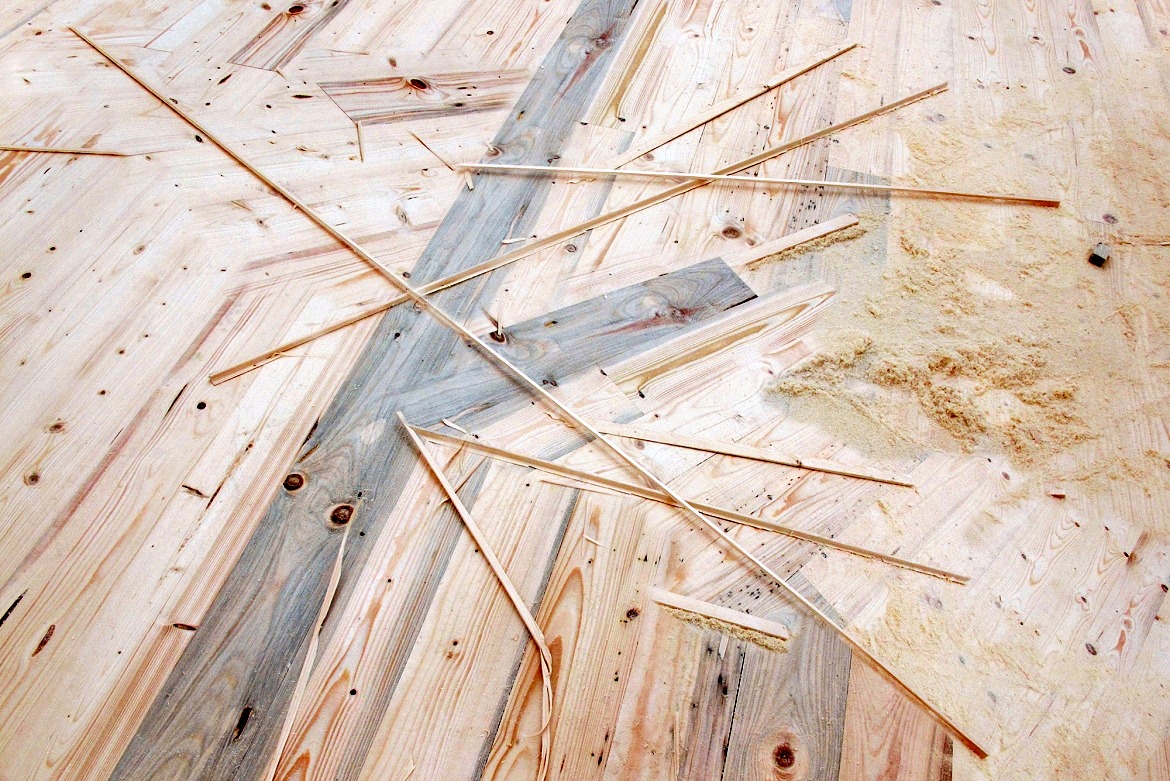 For NOT FAIR in Warsaw EXILE will present the second of three chapters of Kinga Kiełczyńska’s project entitled Białowieża.

Kiełczyńska’s project pays homage to, and raises awareness for, the threatened primeval forest by the same name. Białowieża, is one of the last and largest remaining parts of primeval forest in Europe, and historically a place of many violent occupational histories, the most recent being the German occupation during WWII. At a size of 141,885 ha it extends across the border between Poland and Belarus, and today, it is a designated UNESCO World Heritage Site. A primeval forest, such as Białowieża, is a forest that has attained great age without significant disturbance by humankind and thereby exhibits unique ecological characteristics. One of the most noticeable characteristics of a primeval forest is the amount of dead and decaying wood, which undisturbed provides, in the case of Białowieża, a habitat for approximately 50% of the estimated 12,000 species found in the forest.

Primeval forests have the potential to be extremely lucrative for many industries, especially the logging industry. The deforestation of these habitats has been a point of intensifying contention between the logging industry, national politics and environmentalists. In 2016, Poland’s State Forestry Board approved a three-fold increase in logging, argued as an unavoidable preventive measure against an invasive infestation by the European spruce bark beetle, a controversial measure that has been contested by many environmentalist as well as the European Union. The trees which are labeled as infested are cut, removed from the forest, processed and eventually sold. Such commercial sale counters claims by the Polish government that the wood infested by the European spruce bark beetle can’t serve any commercial purposes except burning. Upon the artist’s visit to local sawmills near the forest in 2016, it became evident, that the primeval forest wood was in fact actively sold for profit as wooden flooring.

For the first chapter of her project in October 2016, the artist acquired 40 m² of existing Białowieża wood flooring. The processed timber was brought to Berlin to be showcased in the gallery as part of an exhibition dedicated to the conflict surrounding the forest and its protection. Concurrently, an advert was placed on eBay with the aim to resell the wood for the exact same value as purchased. The floor did not succeed in finding a buyer and has been stored in Berlin since.

Now, for its second chapter, the untreated wood will be moved from the German to the Polish capital to be installed inside the Pałac Kultury i Nauki (Palace of Culture and Science). From September 21 to 24, 2017 the wood can be seen installed on top of the marble floor of this highly charged location. Contradicting the logic of an artfair, the flooring will not be available for sale. It becomes a short-lived anti-monument, a memorial to the forest’s commodification. Simultaneously, the wooden floor, which by its appearance within this particular building and specific artfair context, will reference minimalist sculpture. Though the wood is neither artwork nor flooring, it becomes a blank slate in the midst of a highly charged and complex socio-political, commercial as well as aesthetic environment.

After the fair, the wood will be stored in Warsaw before being returned, in the final and third chapter of Kiełczyńska’s project, to Białowieża in the spring of 2018 as a ritualistic gift offered back to the forest. There, back at its origin, the wood will be laid out one last time and left to rot. Eventually, its inherent memories of geo-political contexts experienced through its forceful removal and cyclical journey will disintegrate while simultaneously forming a biotope for the exact species in need of such dead wood to thrive in. Once disappeared, only personal memories of this particular piece of Białowieża will remain but new growth will have been created.

The Białowieża project by Kinga Kiełczyńska utilizes the wood as a metaphor for recent right-wing movements in Polish and global politics. Set in relationship to her own body, the floor is meant to connect private and personal body politics and their attempted erosion in a regressive political climate; a tree’s purpose is to live, die, decay, and finally create new growth. This progression is set in context to the increasing importance to micro-political freedoms of choice and expression.

→Pałac Kultury i Nauki / Palace of Culture and Science