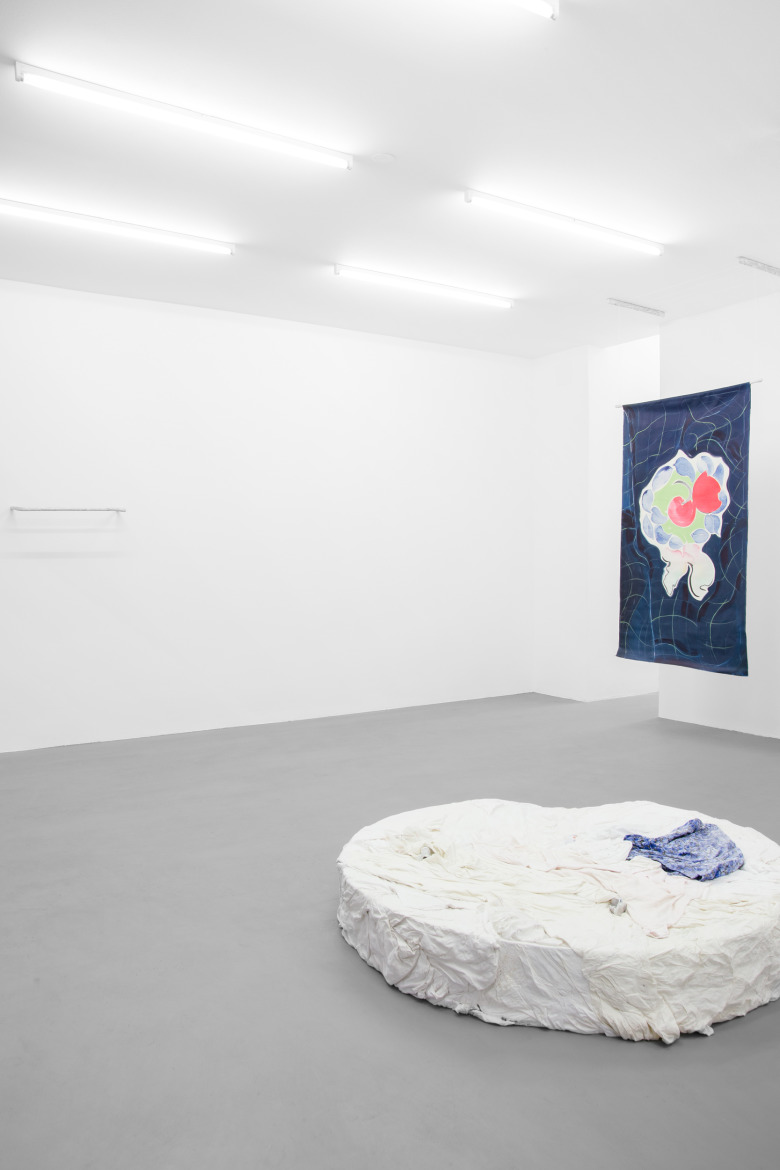 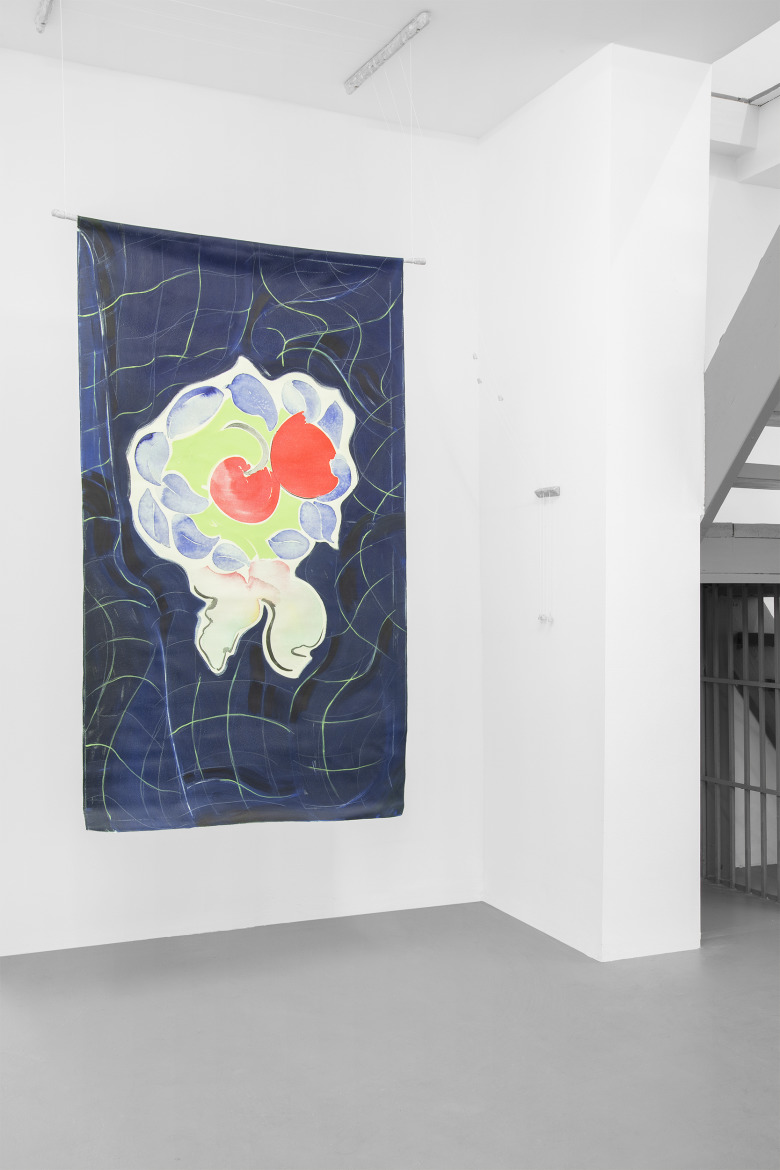 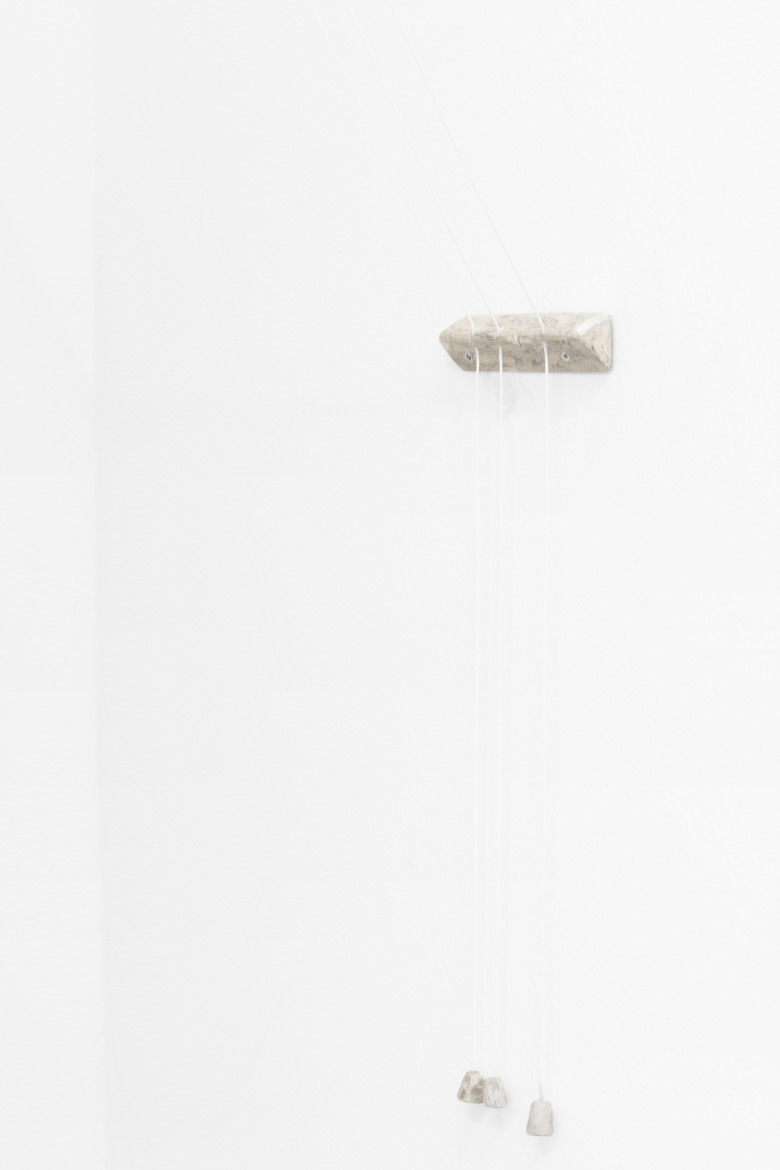 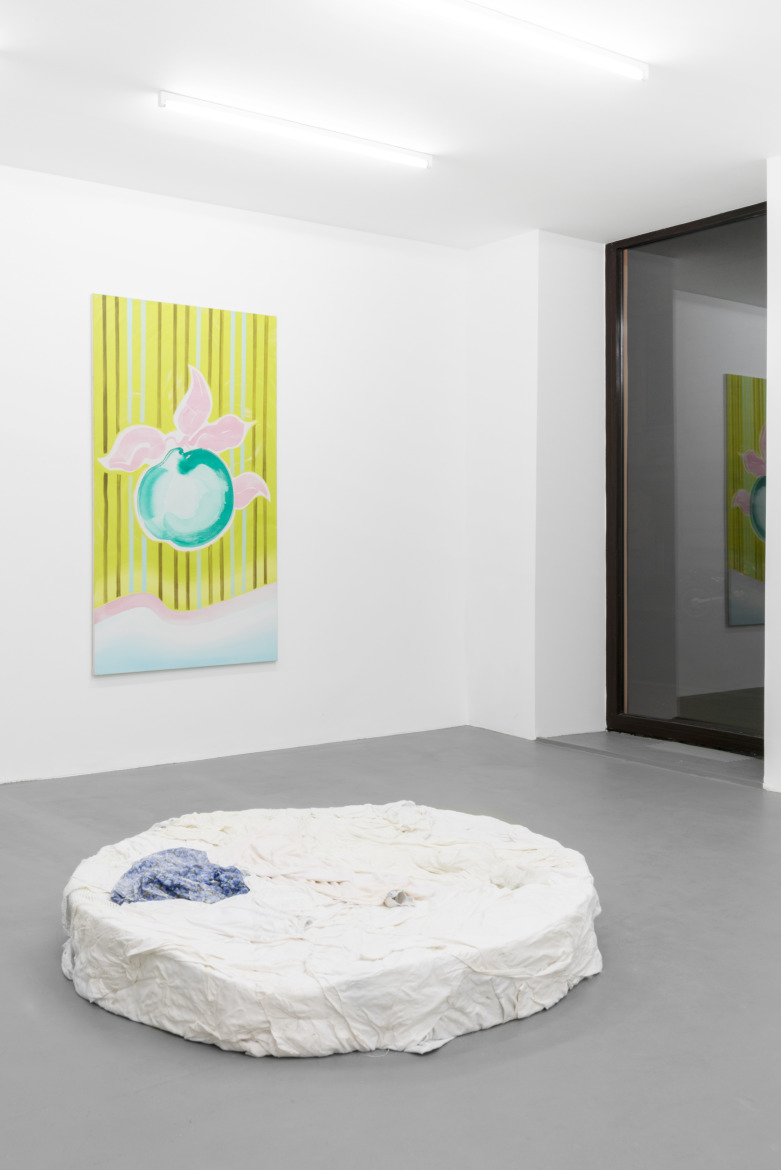 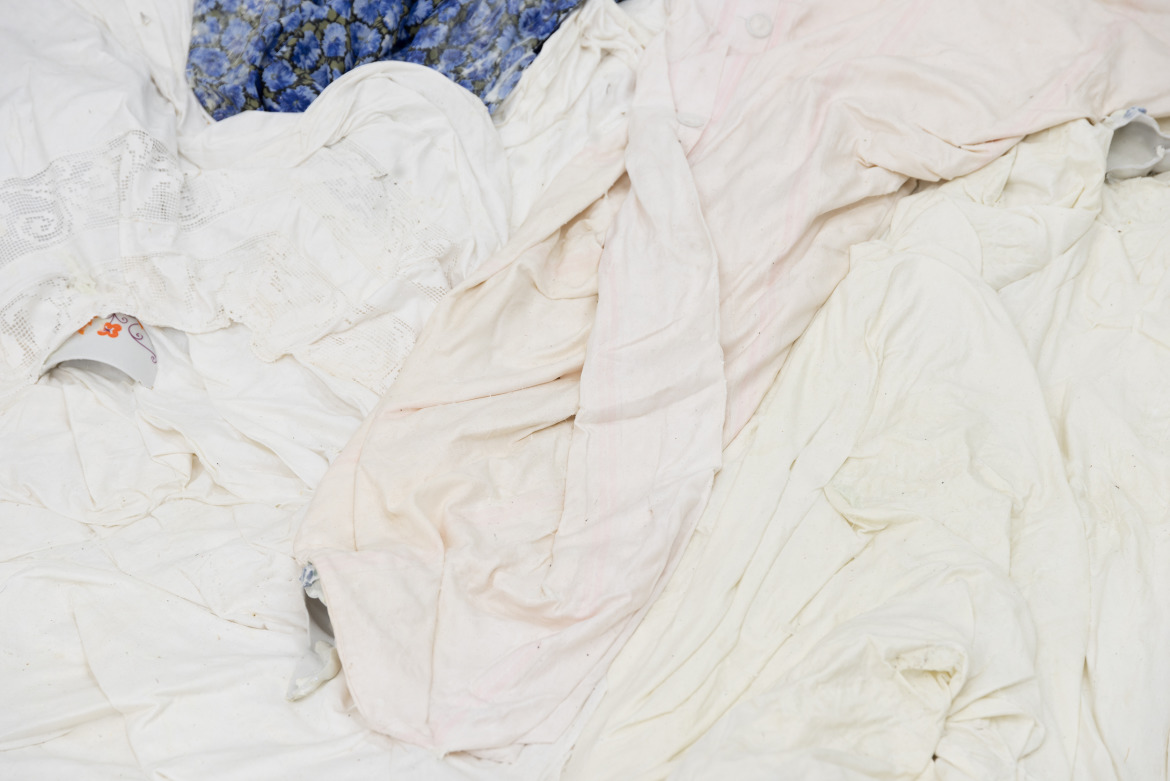 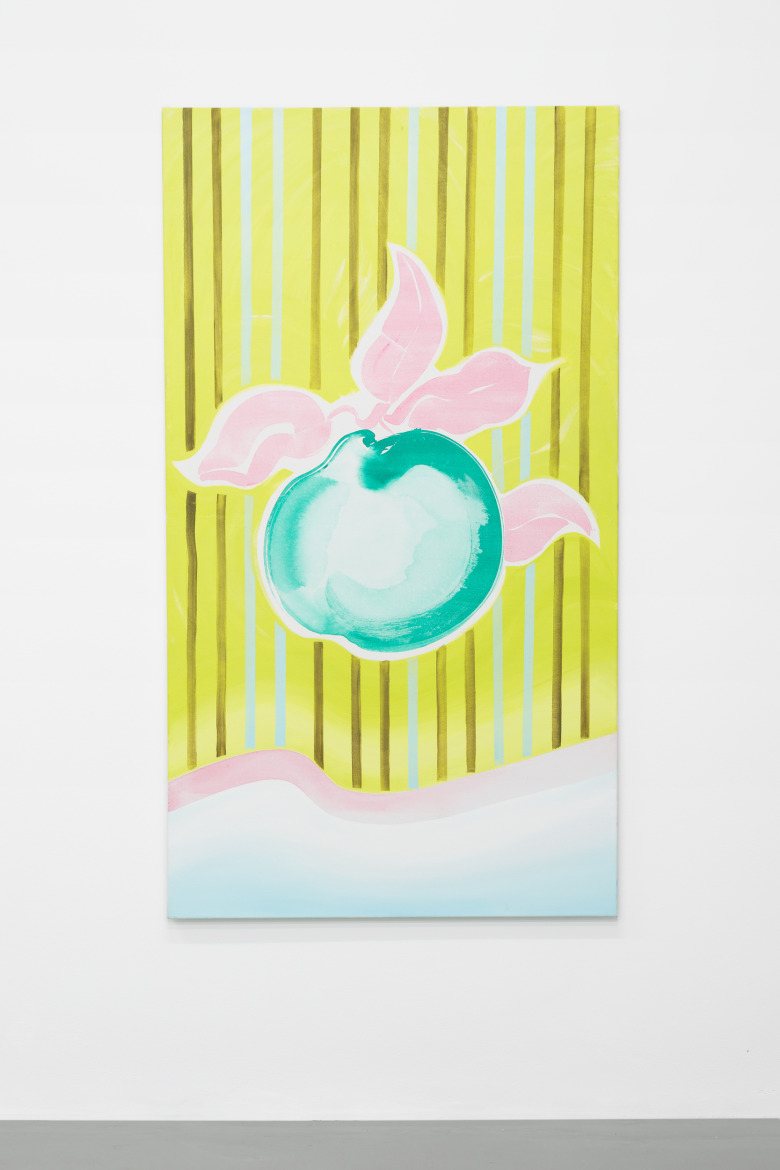 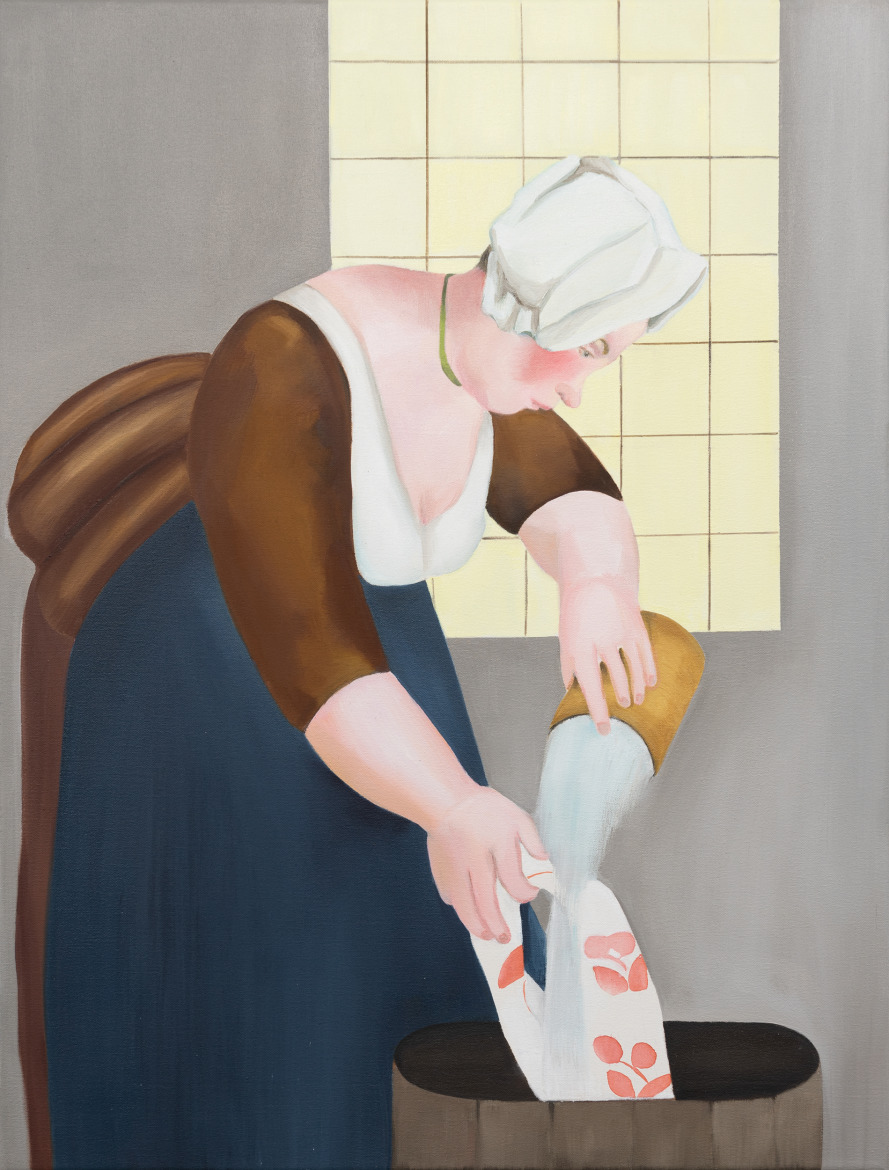 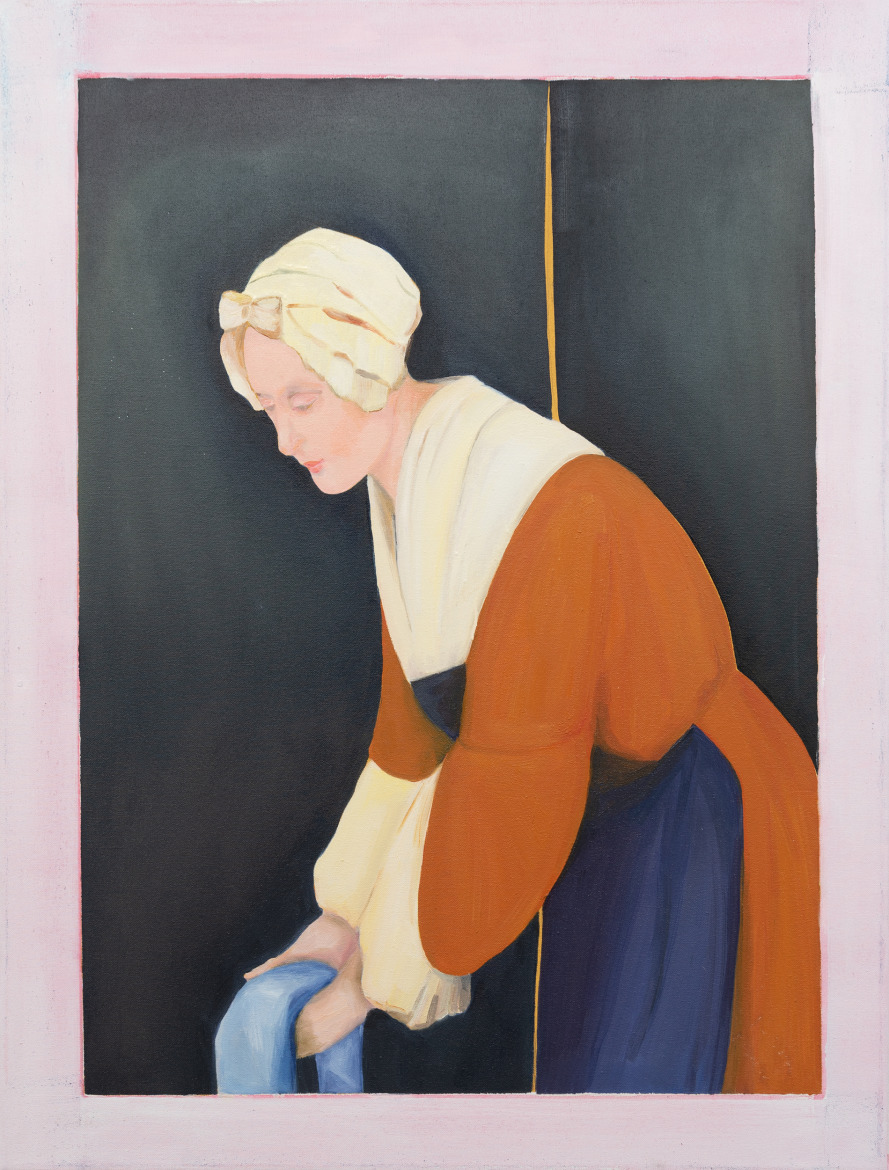 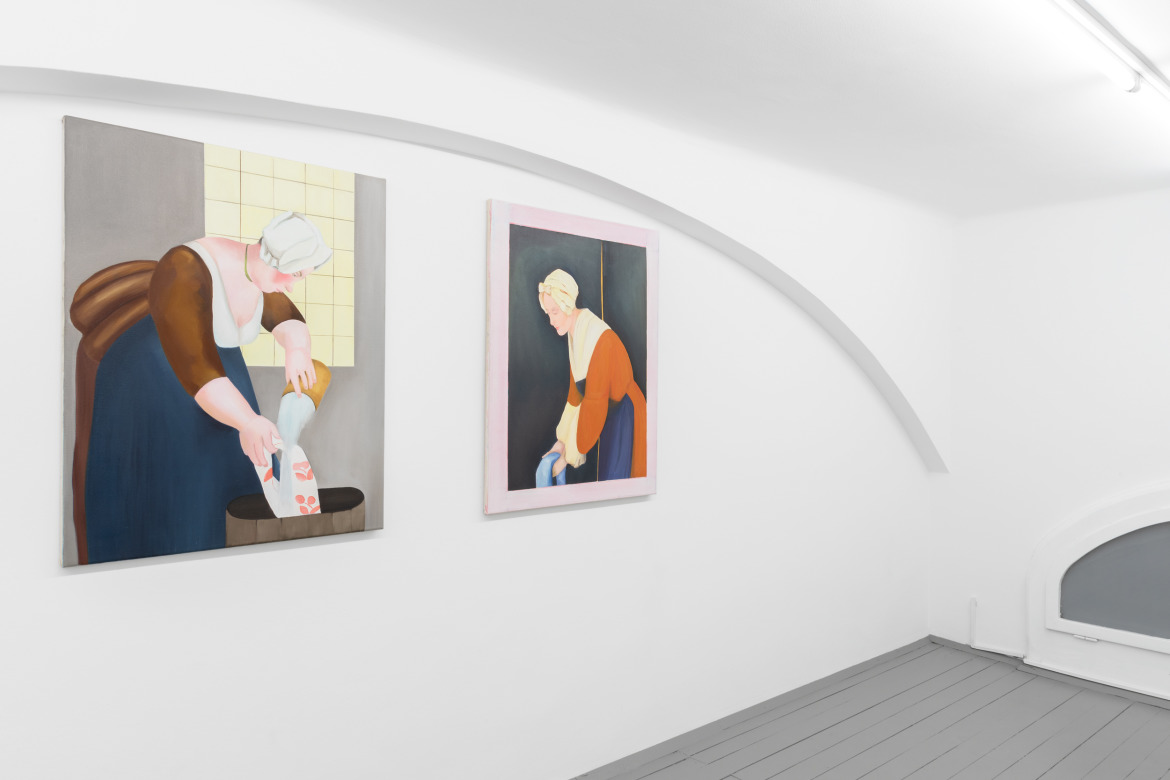 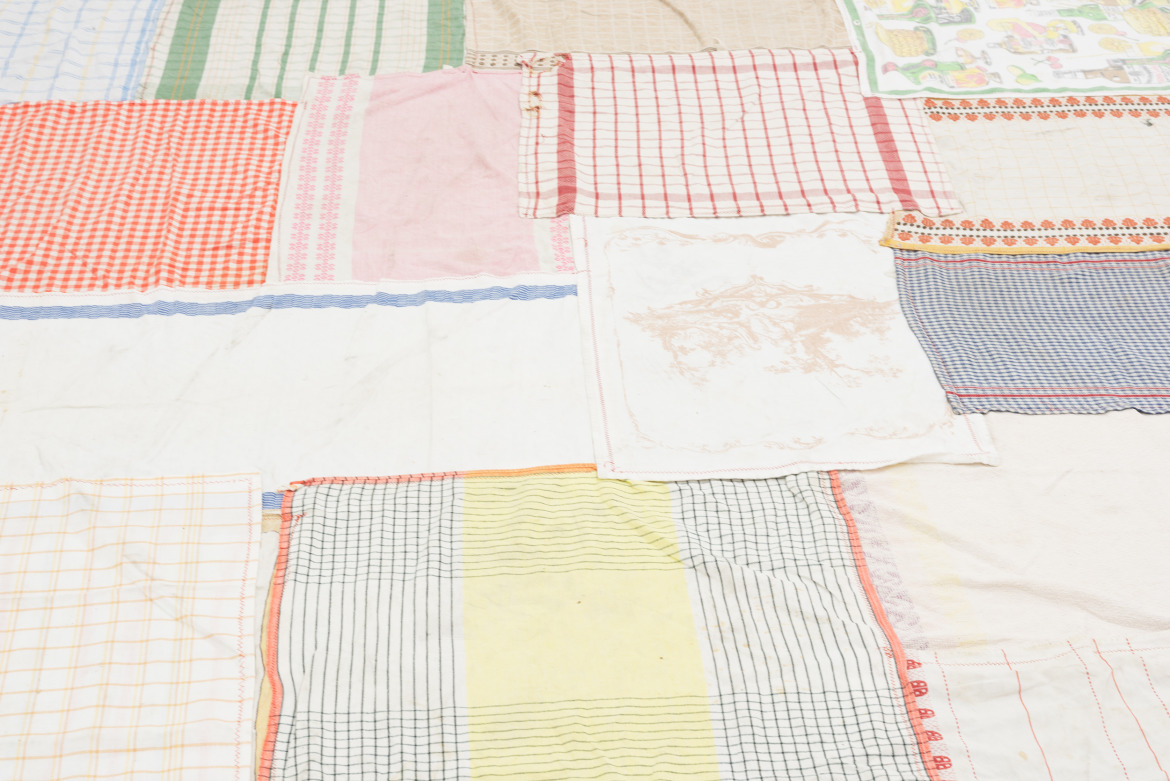 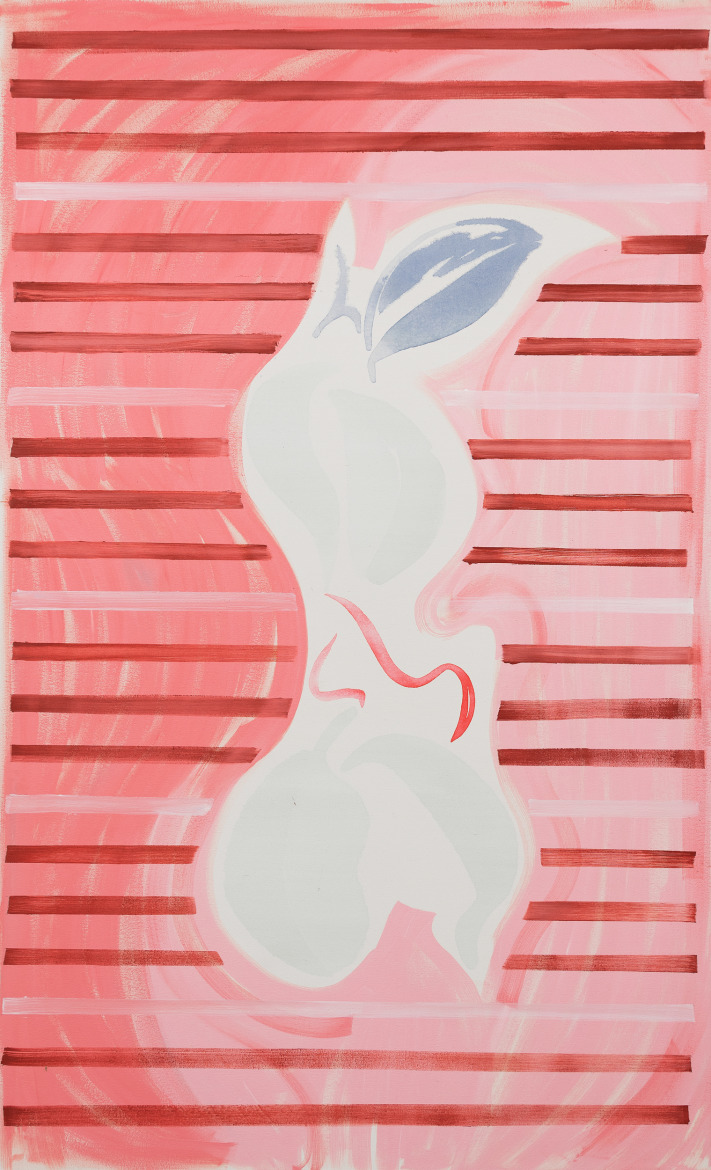 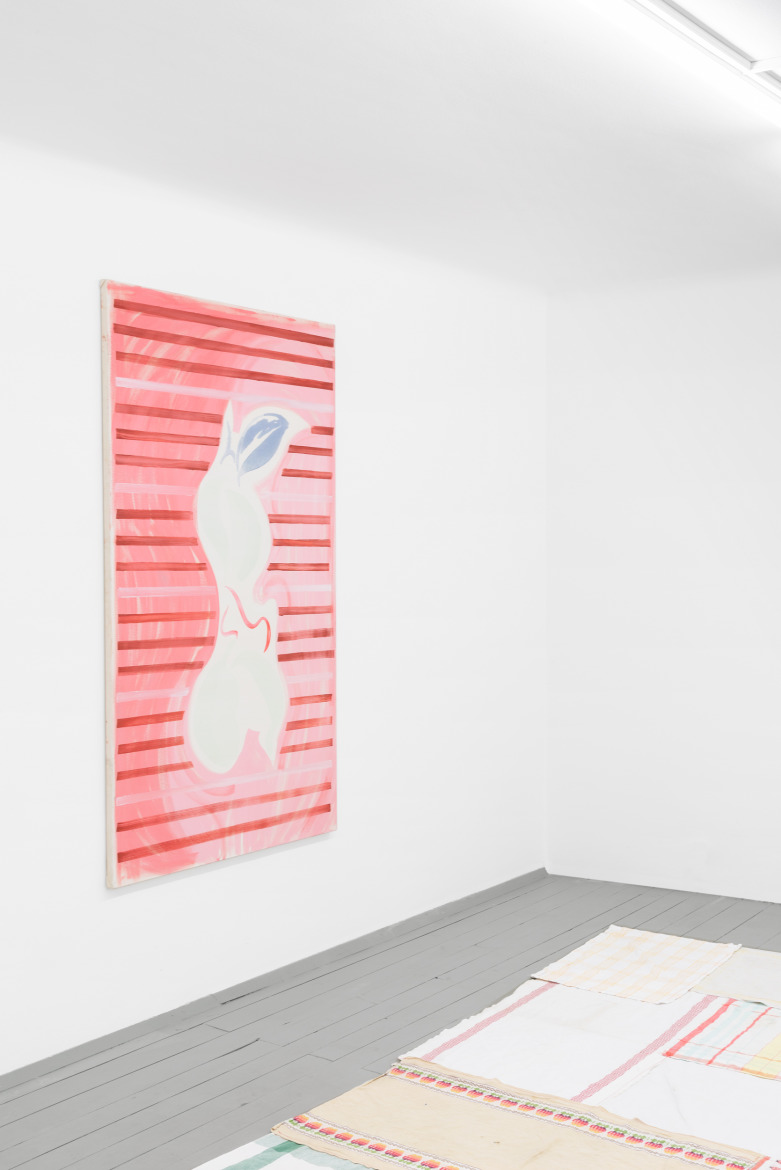 EXILE is pleased to participate in Vienna meets Prague with an exhibition by Czech artists Martina Smutná and Sáro Gottstein. The exhibition entitled Pokorná, which translates to humble in English, was curated by Anežka Jabůrková.

In the exhibition, paintings by Martina Smutná enter into dialogue with sculptures by Sáro Gottstein. Behind Pokorná is the artistic exploration of the theme of (invisible) care work. The word addresses the unpaid status of housework and childcare as well as care work performed for pay. In English the Czech word ‘pokorná’ translates to ‘humble’. However, this literal translation is too limited. The English adjective is not able to convey the gender-specific feminine ending in Czech, which calls attention to a prominent problematic of the topic: it is still women*, who perform the greater share of this fundamental but mostly invisible activity for our society.

A synergy of the two different points of departure of artists Martina Smutná and Sáro Gottstein materializes in the appropriation of an everyday object that we need and take for granted – the dishcloth. In the exhibition, it becomes a synecdoche for care work – professional and nonprofessional alike. Howbeit both artists tackle different problematics associated to care work.

Sáro Gottstein comments on the relationship between the intimate setting of work at home and the conditions under which workers perform the same activities tasks to earn a living. Whether in the private or professional sphere, the results of the work are taken for granted by society. For her sculpture Nového 1194, Gottstein takes the industrialization process and the commodification of care work as inspiration for her sculpture pointing to the close connection between invisible and underpaid labor.

In contrast, Martina Smutná addresses the implications of historical representations of care work in her series of paintings Laundrywomen. Smutná appropriates depictions of women at work in paintings by Old Masters such as Chardin, Metsu, and Vermeer. In their voyeuristic approach, the female servant is idealized as a paragon of virtue, beauty, and grace, diligently and obediently performing the tasks assigned to her. The humility and modesty of the women* at work is foregrounded by the lowered, vacant, gaze out of the painting’s frame. In Smutná’s reiteration, the beautified/romanticized portrayal reappears, albeit at first glance. After further inspection, subtle deviations emerge. A modern dishcloth appears, linking the historical representation to the predicament of care workers today. In her subversion of the likeable paintings, the viewers’ attention is drawn to the contrast between representation and reality, thereby turning the painting into a critical instrument.

Despite her approach, the absence of women* of color is felt in Smutná’s Laundrywomen. The omission points to the limitations in overcoming the art historical canon. But this critique also risks perpetuating invisibility of women* of color, which becomes additionally problematic in the context of today’s social issues.

In the exhibition, Gottstein and Smutná both scrutinize the way labor can be aestheticized. In their appropriation of everyday objects, both artists wittily toe the line between kitsch and ‘high’ art. For example, in the painting series Loss, Smutná employs current trends in contemporary painting to reproduce woven patterns and motifs on dishcloths; Gottstein, on the other hand creates a large abstract tableau by sewing the dishcloths together.

By elevating everyday objects to ‘high’ art, the viewers’ attention is drawn to something that is normally ignored, thereby granting the objects agency. The hope being that this agency will reappear the next time the object is used. On a more self-reflective note, this tension between the ‘beautiful’ (art object) and the ‘mundane’ (everyday object), is an attempt by the artists to resist the commodification of their aesthetic artworks and undermine their privileged positions as artists. But the final questions the exhibition asks, left for the viewer to answer: is it possible to create a seminal work of art that can address and enrich the socio-political discussion revolving around care work today.