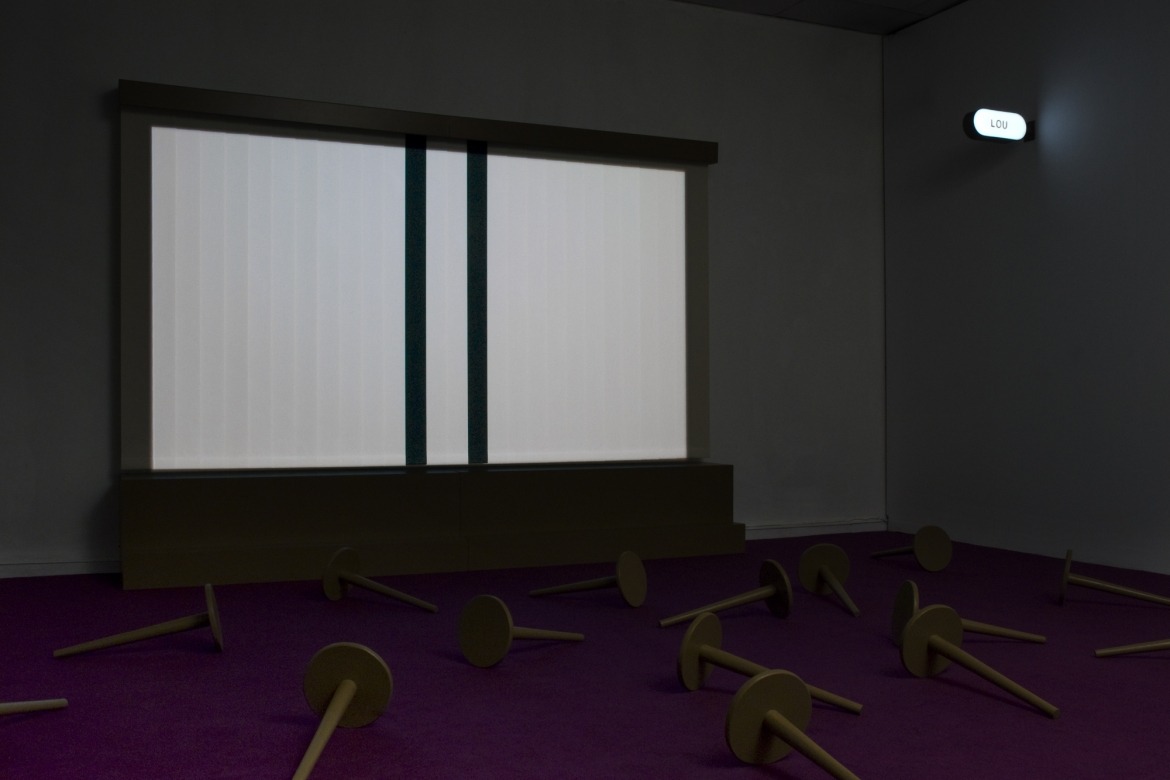 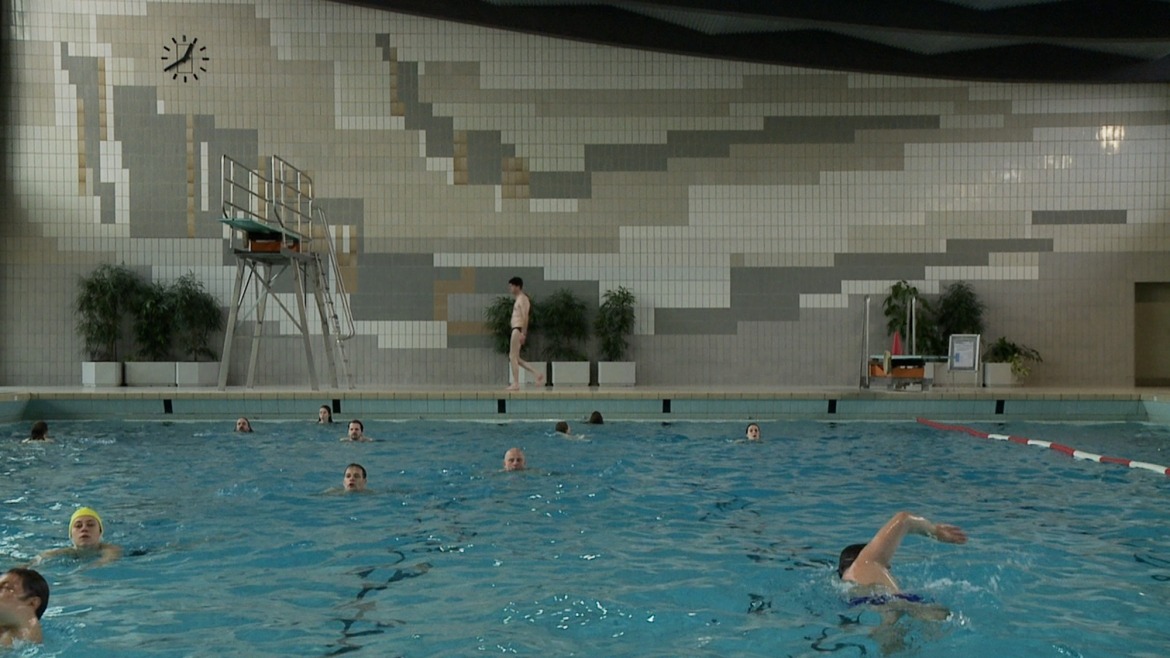 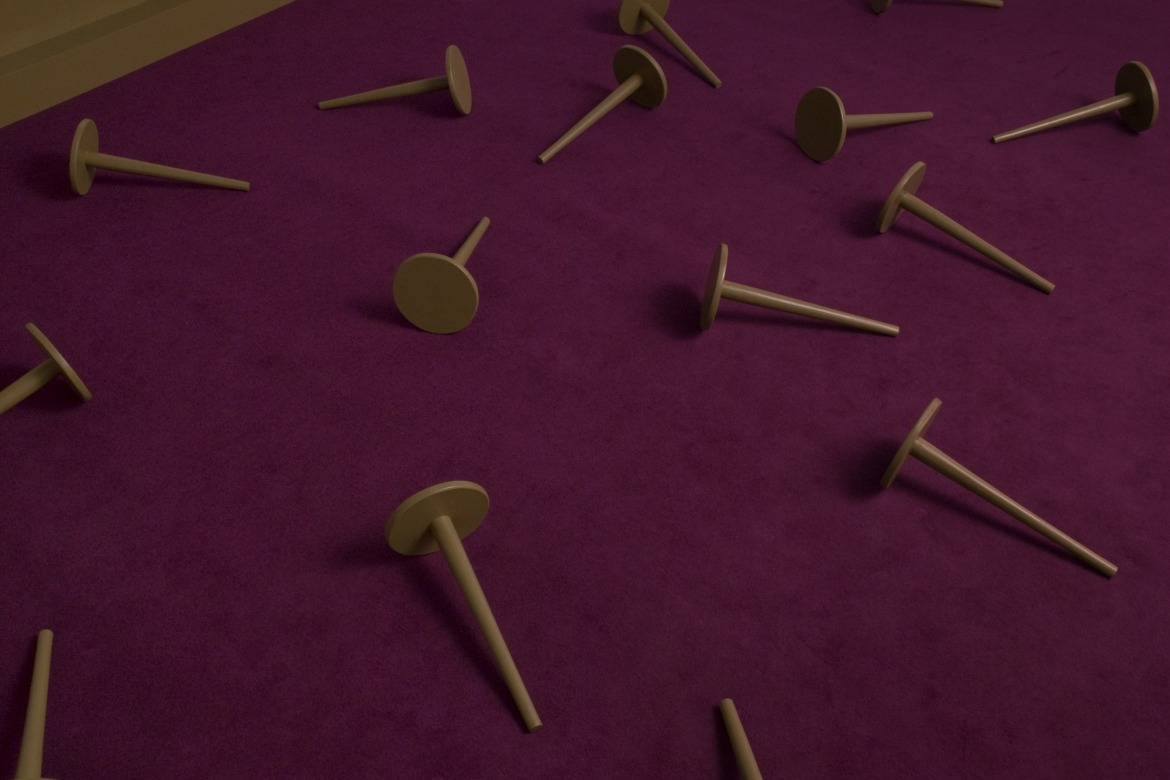 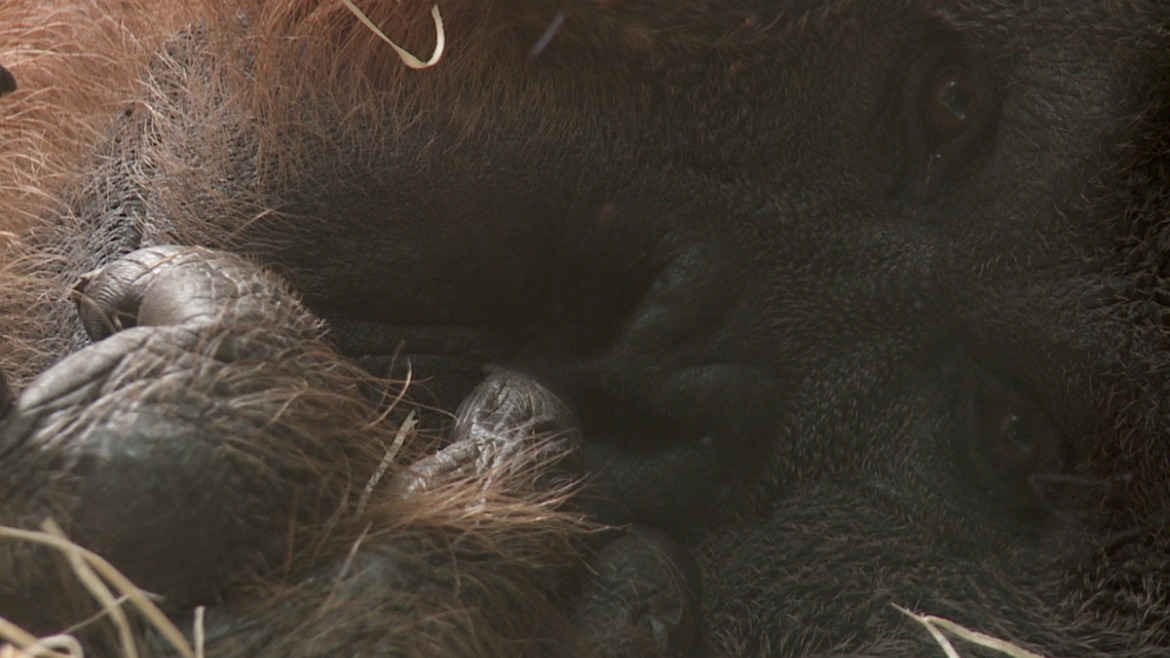 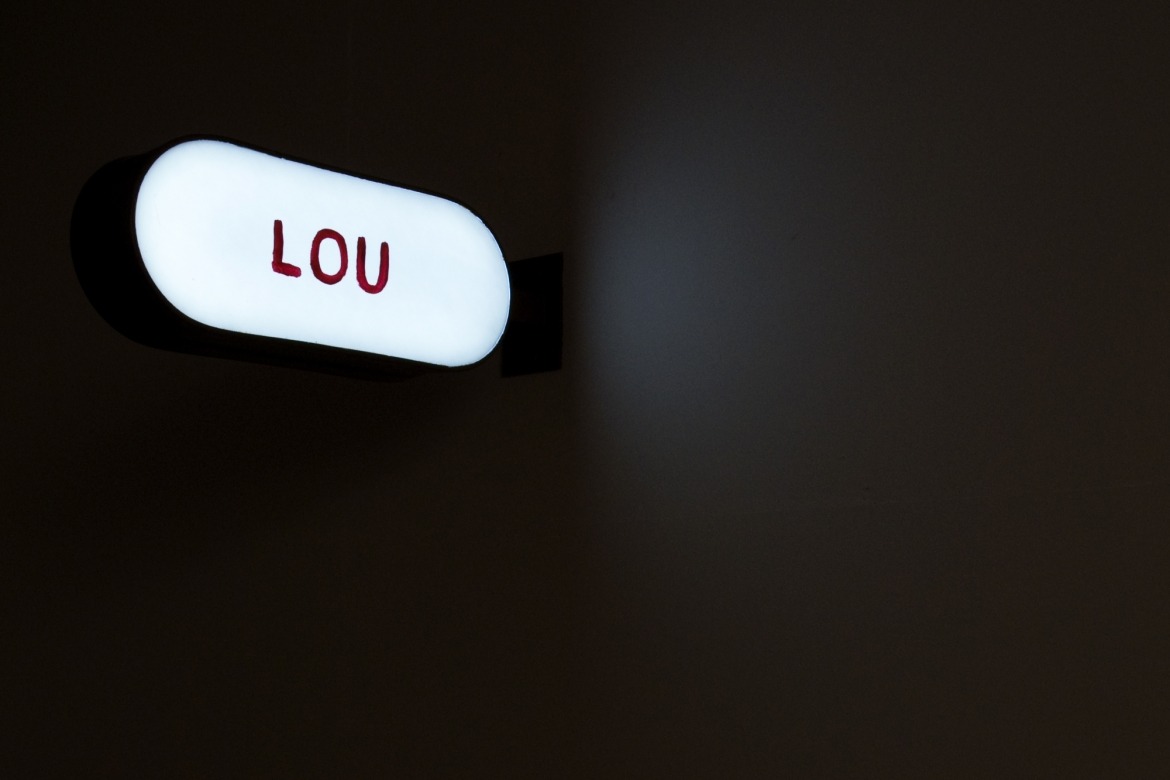 FORT’s exhibition, entitled Lou, takes its name from various children’s tag games. Here a ‘lou’ defines a specific spot in the game where the player is exempt from getting caught by the others. Generally, if you are ‘in the lou’ you are out of reach to your fellow players; you have reached a safe zone, which you must leave again to continue the game.

The exhibition consists of the artists’ first-ever film, which is set in a specific cinema-esque room installation. While filmic references have always been central elements to FORT’s artistic practice, Lou takes this referential framework many steps further and looks at the medium of film and its origins as well as at the way we consume moving images themselves.

The viewer finds himself in a dimly lit carpeted room with one-legged stools to be used in any particular position within the space. The film is set on a loop. While it is not playing, a sign that reads the project’s title solely lights the space and soft music is providing the acoustic ambience. In its mood the environment is similar to the relaxed pre-movie atmosphere found in regular movie theaters although the one-legged stools contrast with the comfort and certainty of a regular cinema experience.

The curtain is drawn, the film begins…

The three scenes of Lou take us a to a public pool where swimming becomes an abruptly synchronized and vanishing experience; to the local zoo where we witness an animal fall asleep; and, as the climatic finale, to the local woods where we are invited to jump from a helicopter into a pause.

Within the film, FORT utilizes many classic dramaturgic principles and takes the viewer back to the very origins of film and back to a certain time of wonder and simple cinematic excitement.  In concept and in practice, Lou seems to pay particular homage to the 1895 film L’arrivée d’un train en gare de La Ciotat (Train arriving at station) by Auguste and Louis Lumière.

Just like the Lumière film, each of the three scenes in FORT’s film also consist solely of one continuous and unedited real-time shot filmed from a static camera position. However here the classic cinematic trajectory from long-shot via medium-shot to close-up has been broken-up into three separate scenes and then reassembled by the artists according to their conceptual and dramaturgic intentions.

FORT’s film takes the viewer into an increasingly slow and magical scenario but also into a space of simplicity, quietness and collective experience. Lou leaves the viewer with all the big filmic questions but simultaneously provides a chance for contemplation and visual rest.

With their film and room installation Lou, FORT makes use of a kind of doubled filmic language. If a film is already a certain escape, then FORT’s film doubles this concept as it sets the escape and the pause, into the center of their project itself.

Lou creates a small moment in which the viewer is given the luxury of a pause.