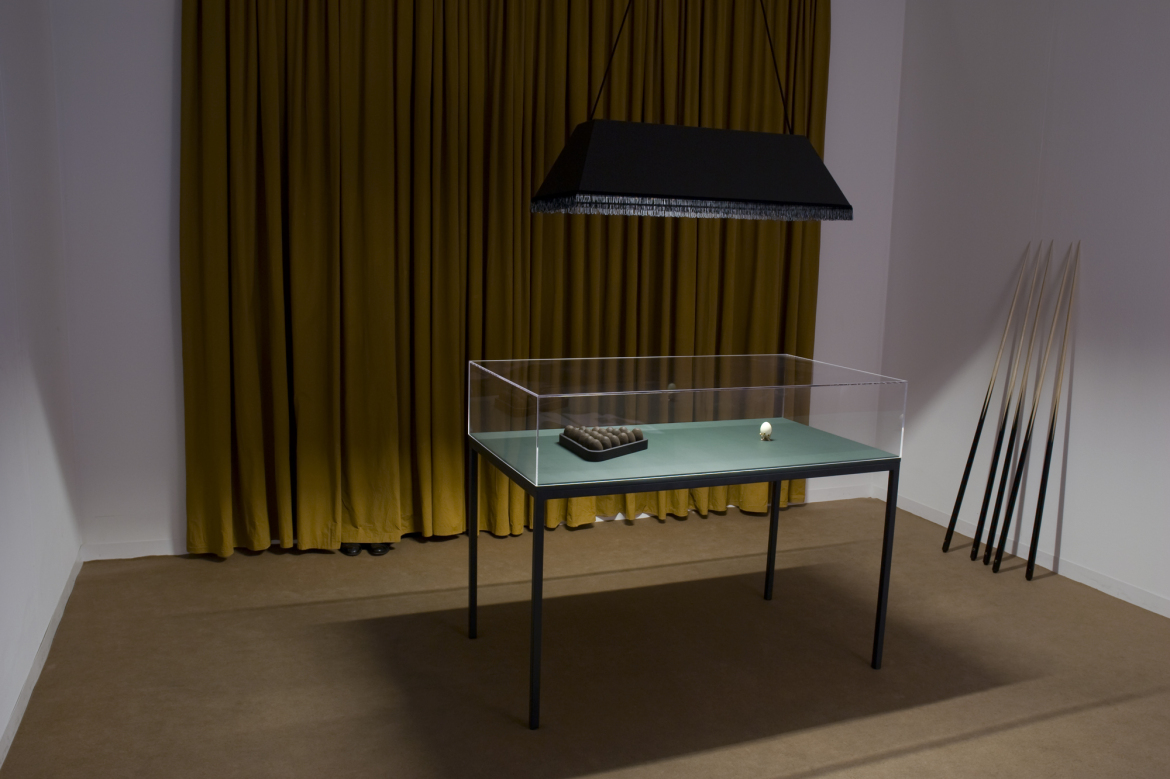 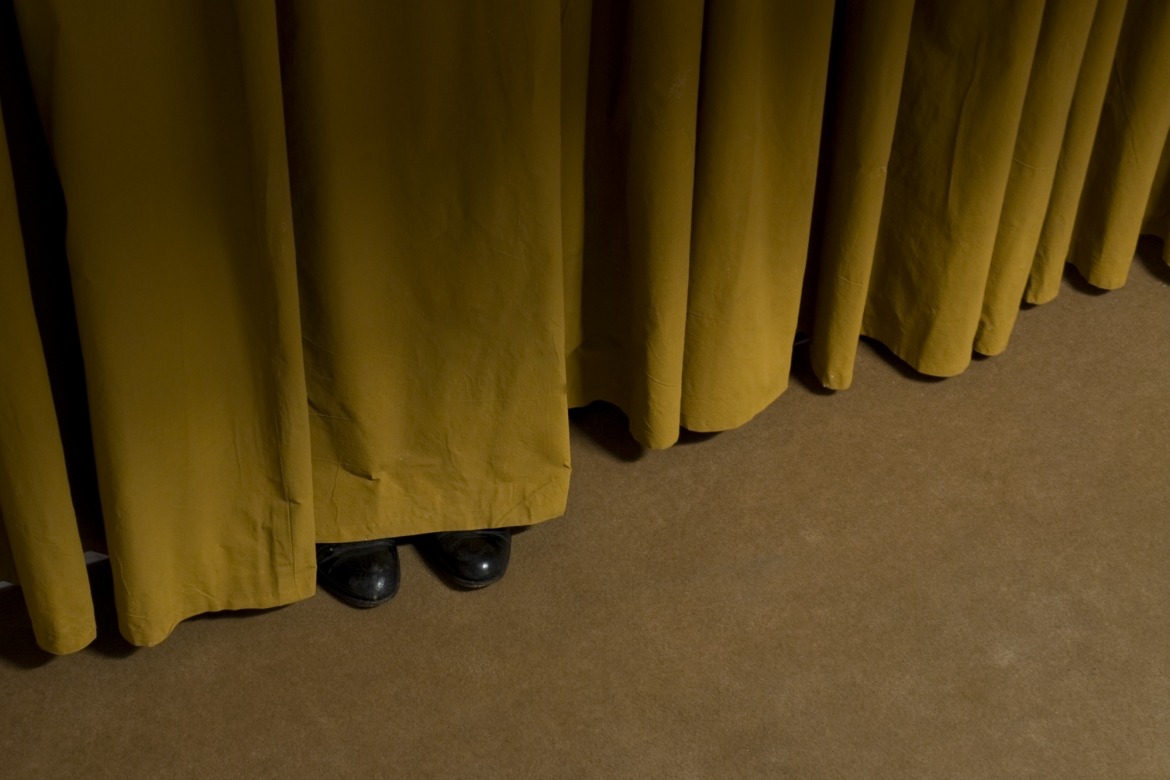 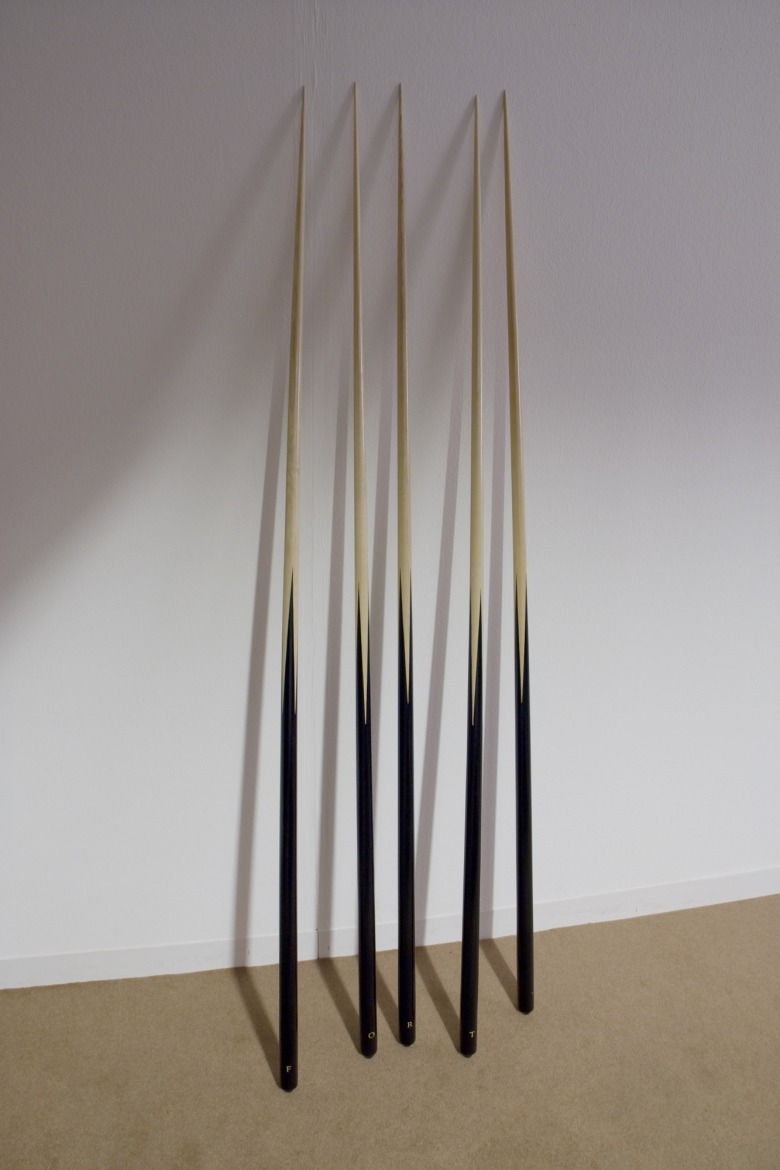 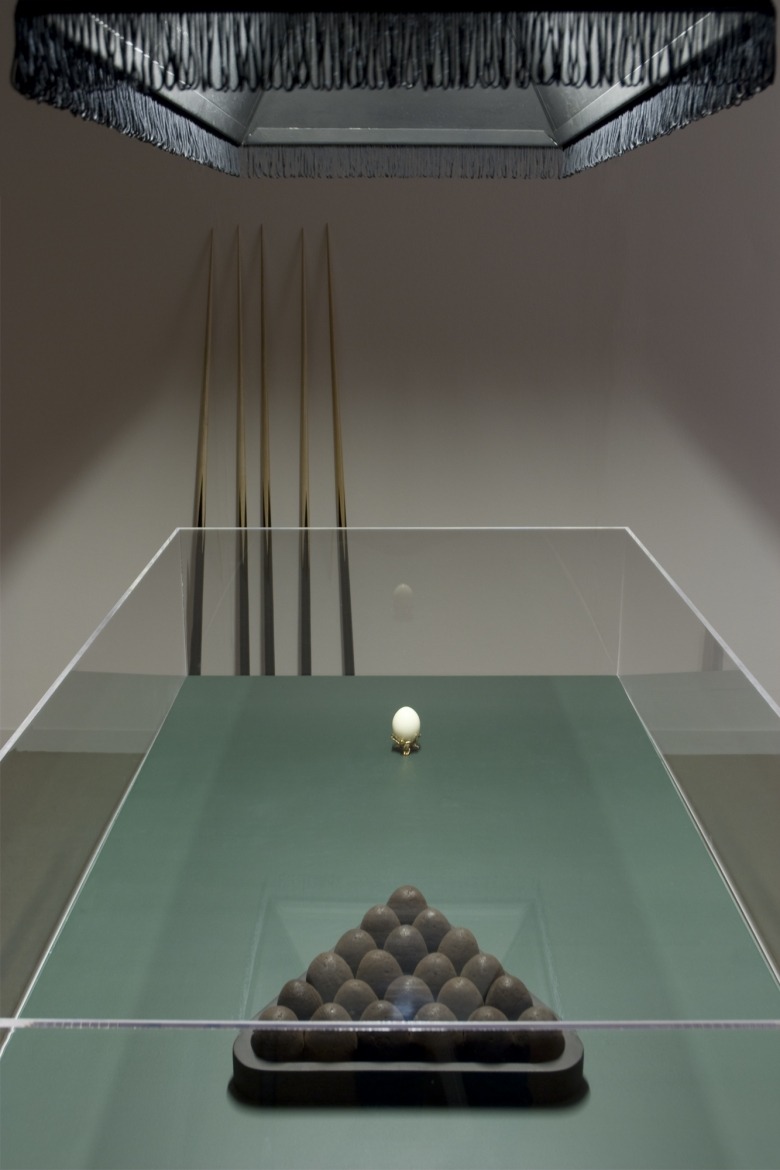 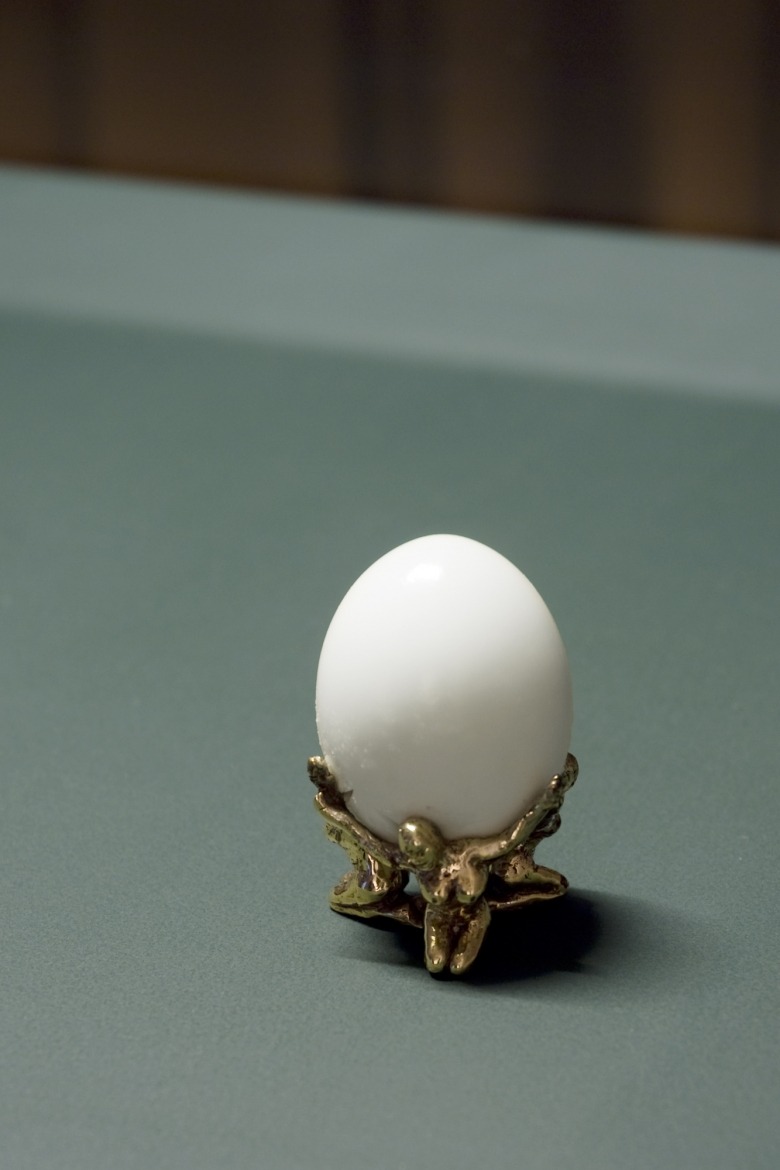 The room installation The eye-balled Walls by artist collective FORT shows a room in which a game of statics is being represented by its takers. There is hardly any actual motion left inside. The only exception is a pair of shoes behind a curtain, resembling a classic symbol of a controlling (or intimidated) force in the hiding. Someone is standing in the shoes, moving them slightly from time to time and watching the visitors through a tiny hole in the curtain.

Five billiard cues were sharpened up to the form of a speer, revealing a slightly violent outlook on their function. The title “Suitors” bears a double meaning, as the word can take the appearance of an admirer or (in law terms) an accuser. Two meanings are also present in the title of the painted curtain with the shoes. The word “Velvet” obviously refers to the fabric but is also used as a word for a huge, unexpected win in a game – a giant gain.

In the center of the room stands a vitrine which covers the starting situation of a billiard-like game. There’s a triangle of hand polished black coal eggs and a golden fabergé-esque base holding a hard-boiled and peeled chicken egg that resembles the cue ball.

The concept reads the following:

As defined in the concept and title of “Threeway Pass (Draw Ball / Dead Ball / Follow Shot )”, there are three moves of handling the egg after the piece has been installed:

1. The “Draw Ball” which is to exchange the egg for a new one as soon as it shows the first signs of decay (at least every three days).
2. The “Dead Ball” which is to have the egg frieze-dried and sealed with varnish, so that it remains in fresh appearance. (This will of course add an unnatural gloss to it’s surface.)
3. The “Follow Shot” which is to let the egg decompose and disappear in an amount of years.

It is conceptually fixed that only the owner of the Eye Balled Walls may play the final passes of the game. He’s permitted to show the work in all three constellations.

In the left corner of the room two shoeshine have been mounted onto the wall in a wrong position, making it impossible to clean the soles of the shoes other than destroying the leather on top.