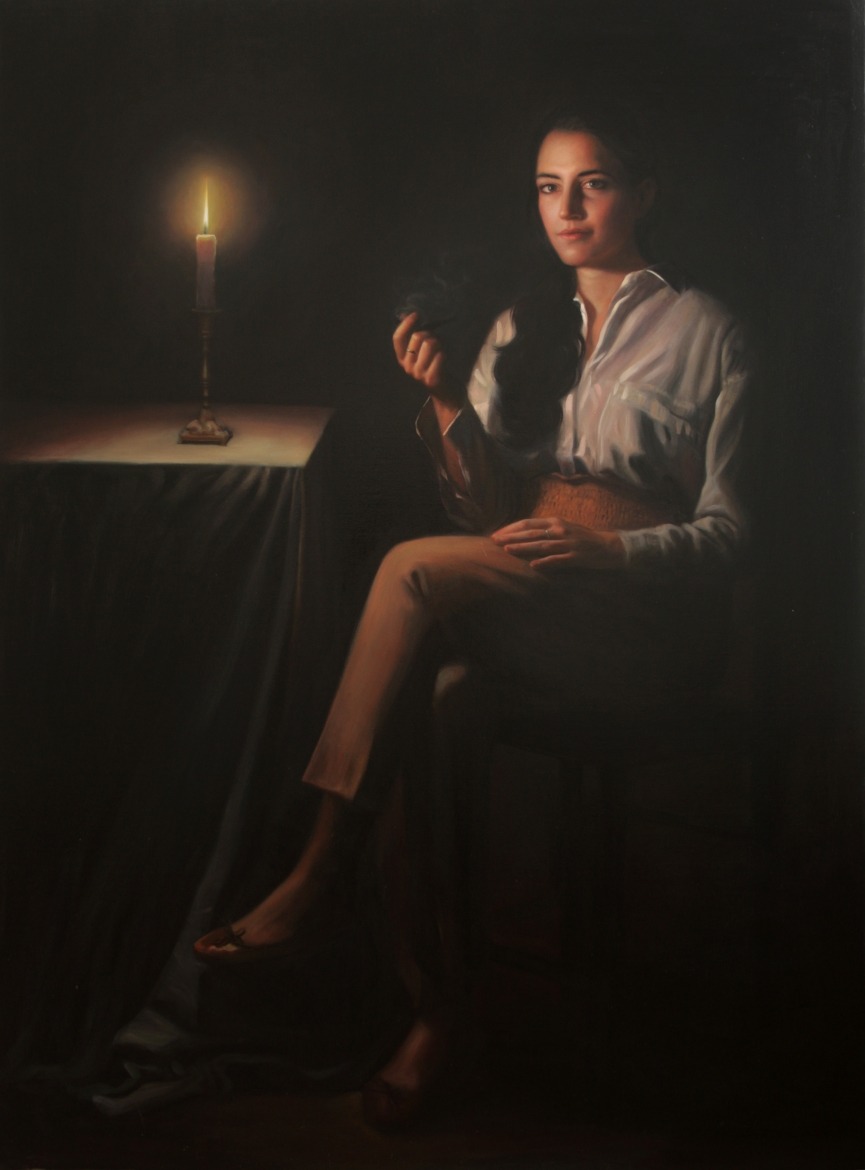 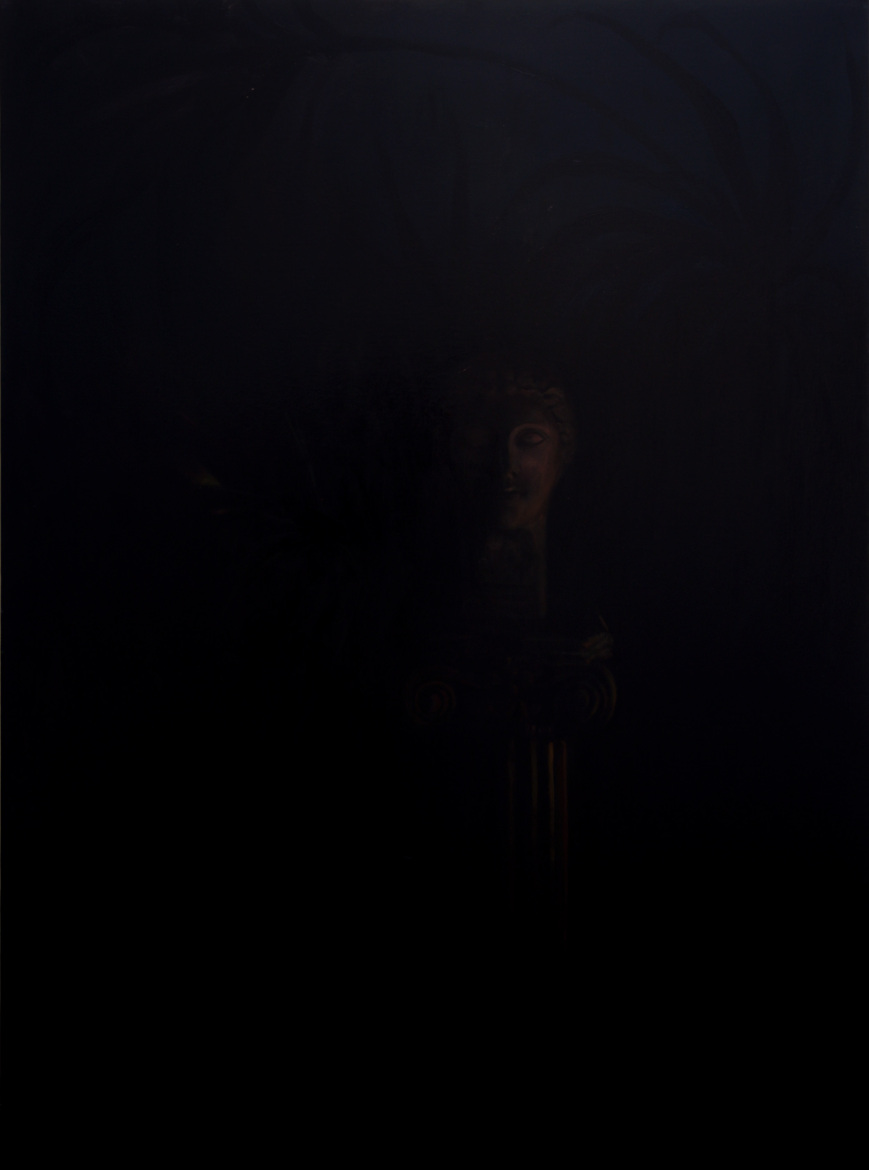 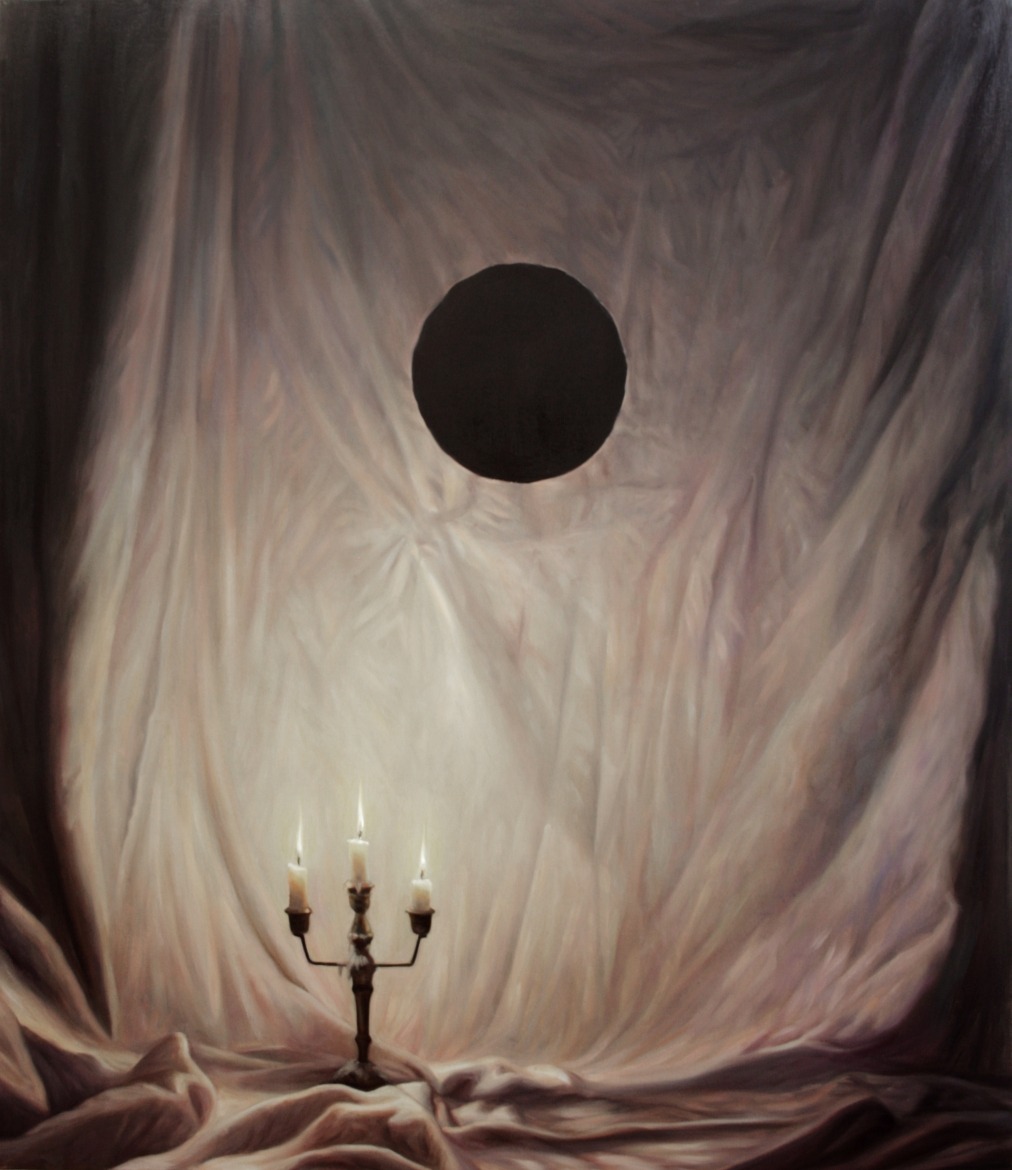 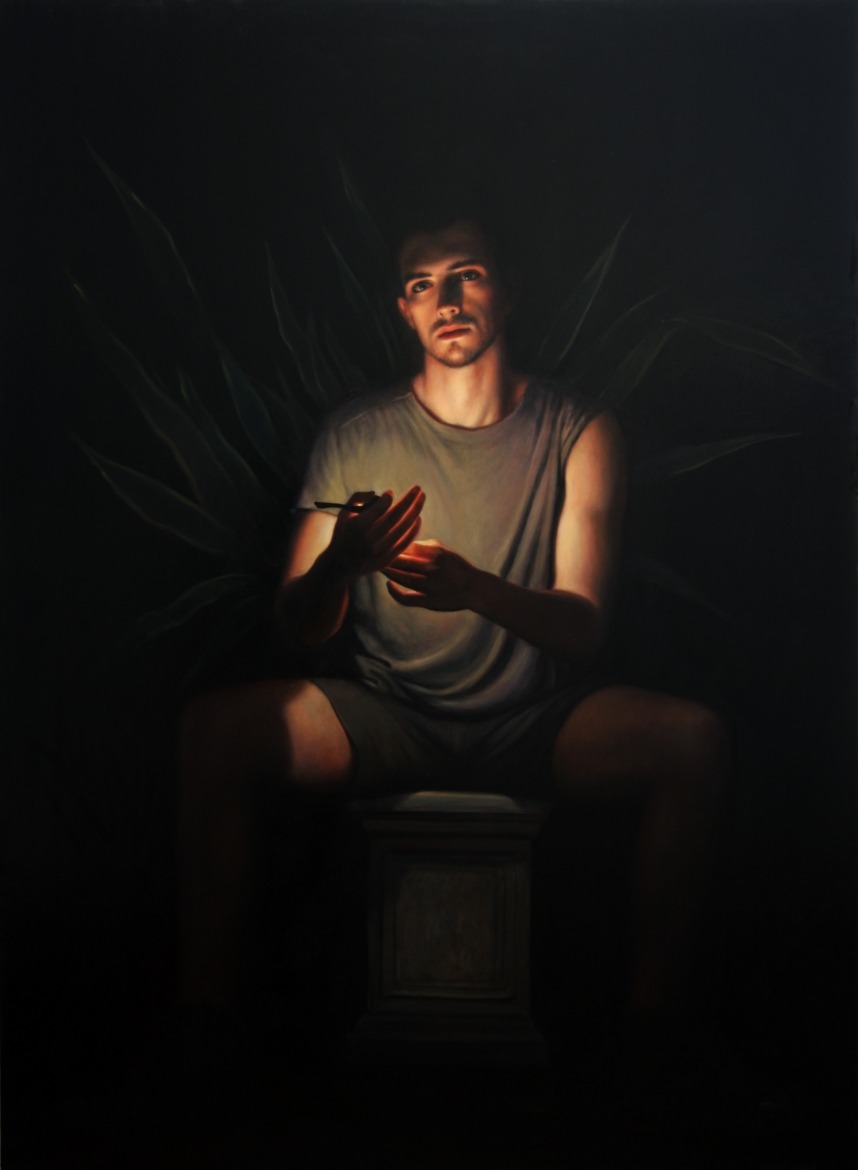 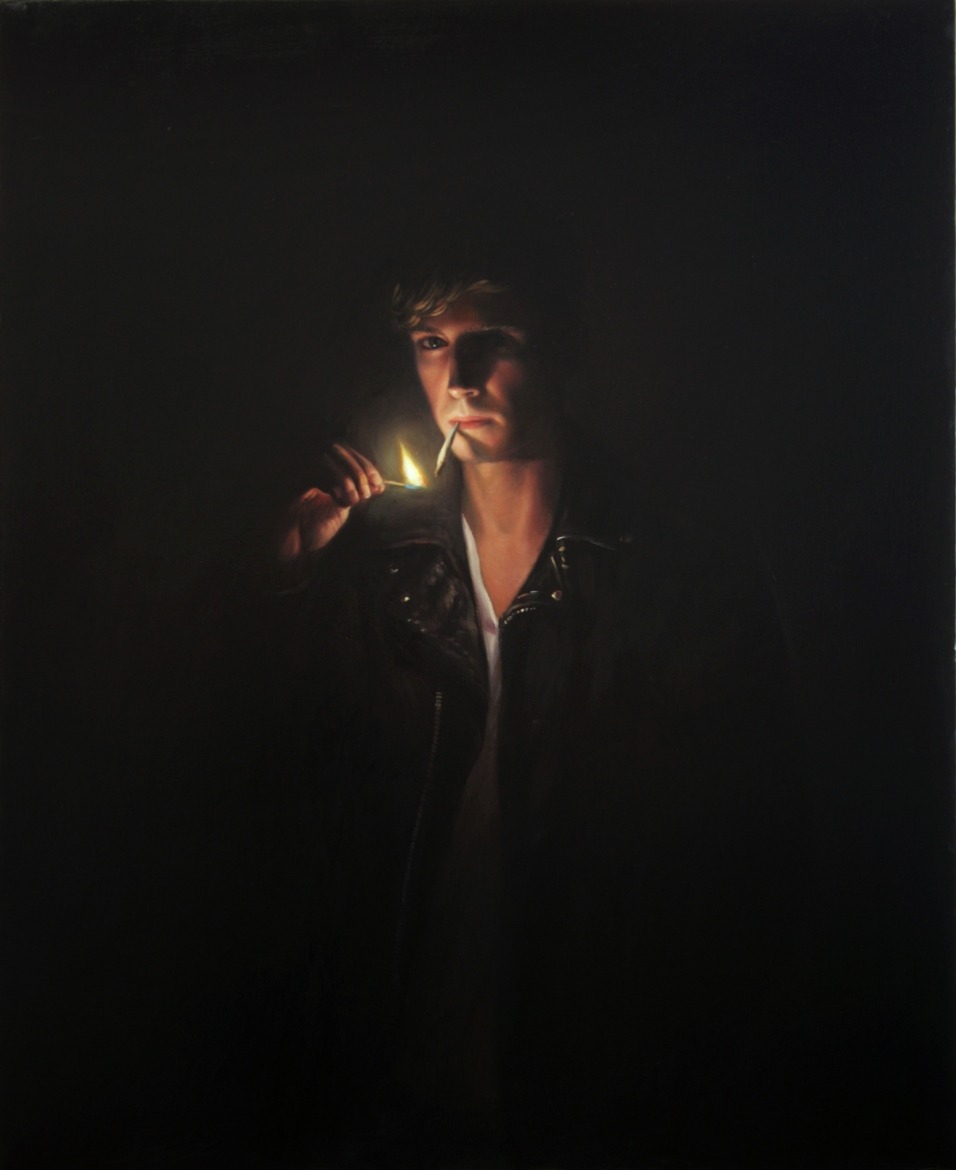 The scenes within each of the painting of Strange Fire are lit only from within by a weak and fragile ambient candle light creating a stark contrast between the brightness of the exhibition space and the fragility of the light within:

„All the paintings (for Liste 17) will work with the tension of self contained light… Whether that comes from a candle or a pipe being lit, or candlesticks being blown out… Direct gazes… The strange space between the painting holding that idea/feeling of ‘forever’, and the sense that the entire room could be blown out by the weakest breeze. To me, there is a sort of restrained visual ‘anarchy’ in this.“ (TM Davy per email dialogue, Dec 6, 2011)