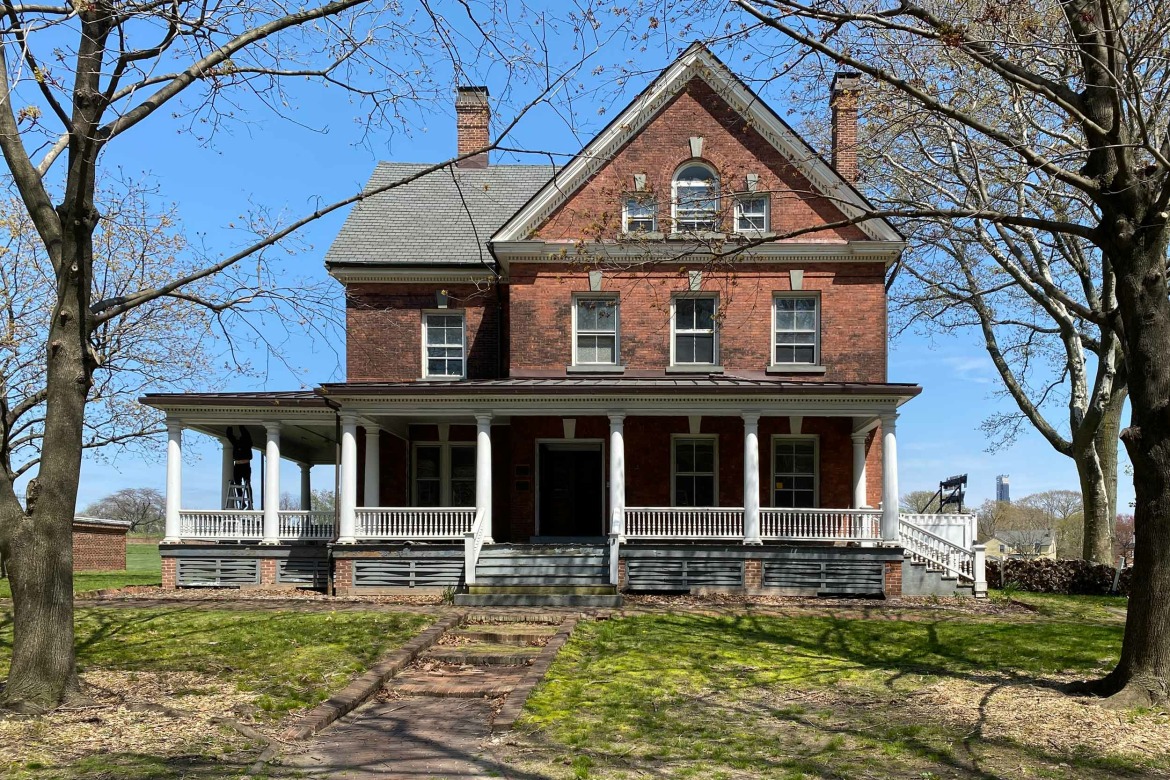 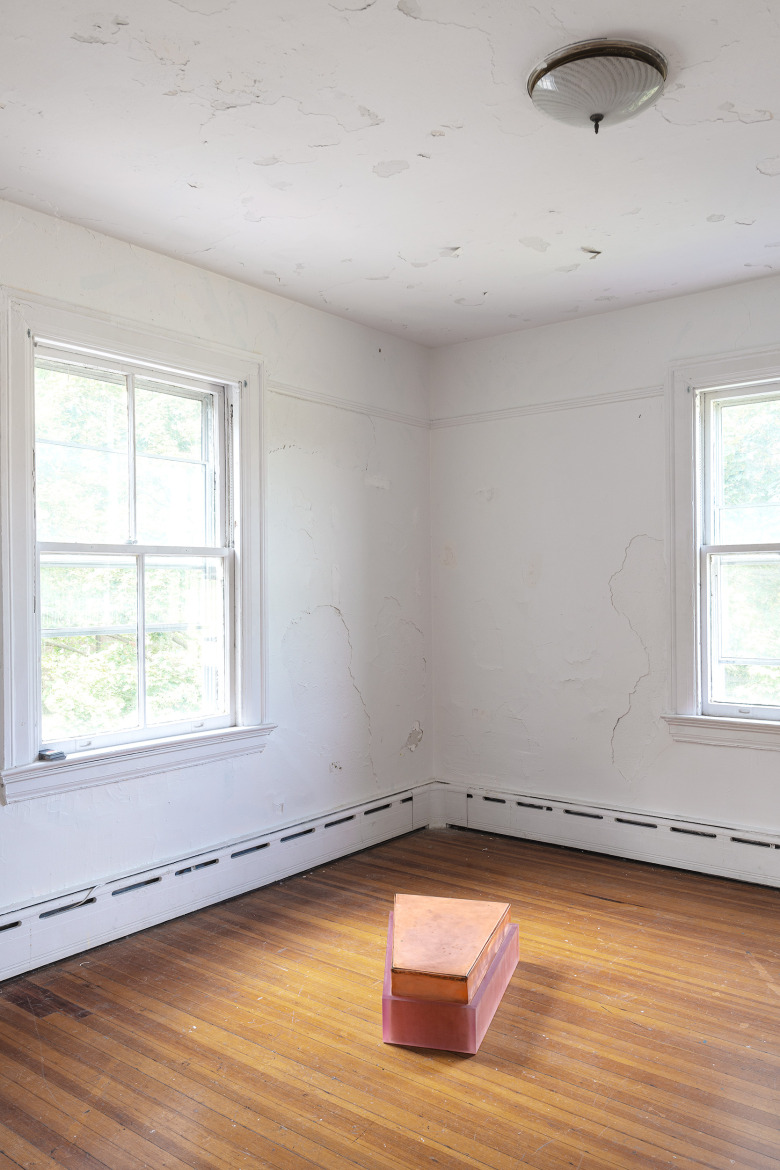 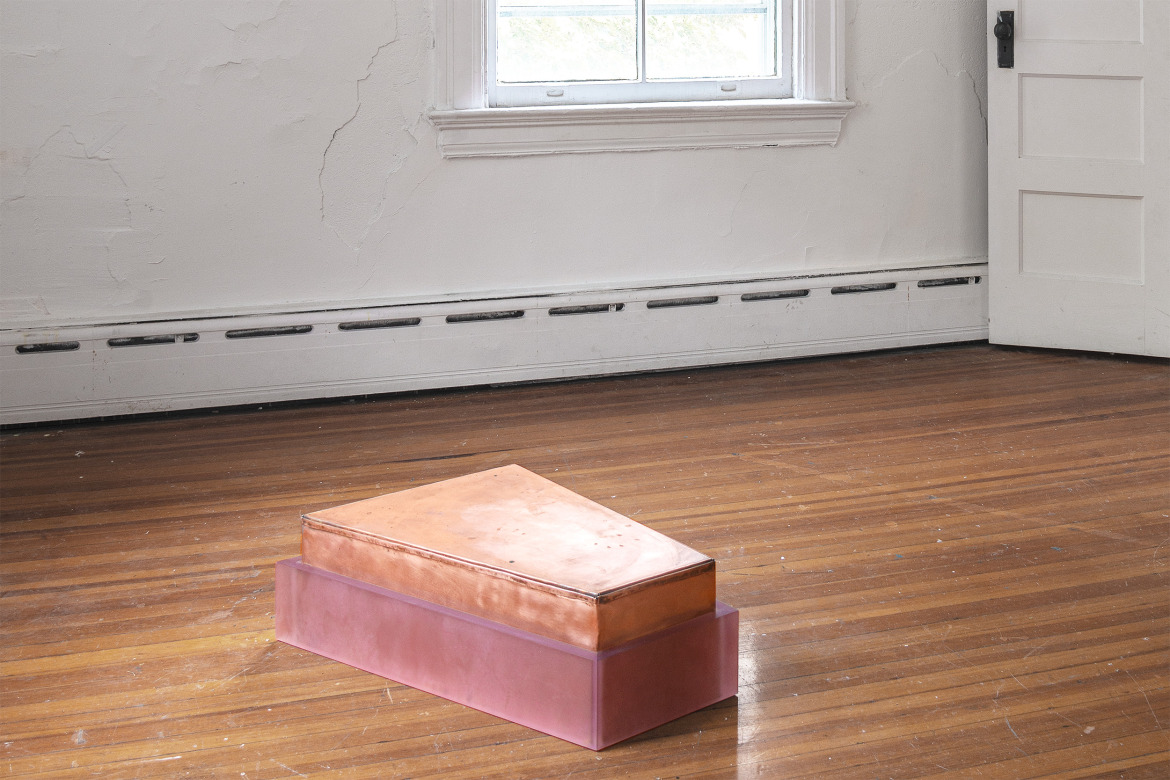 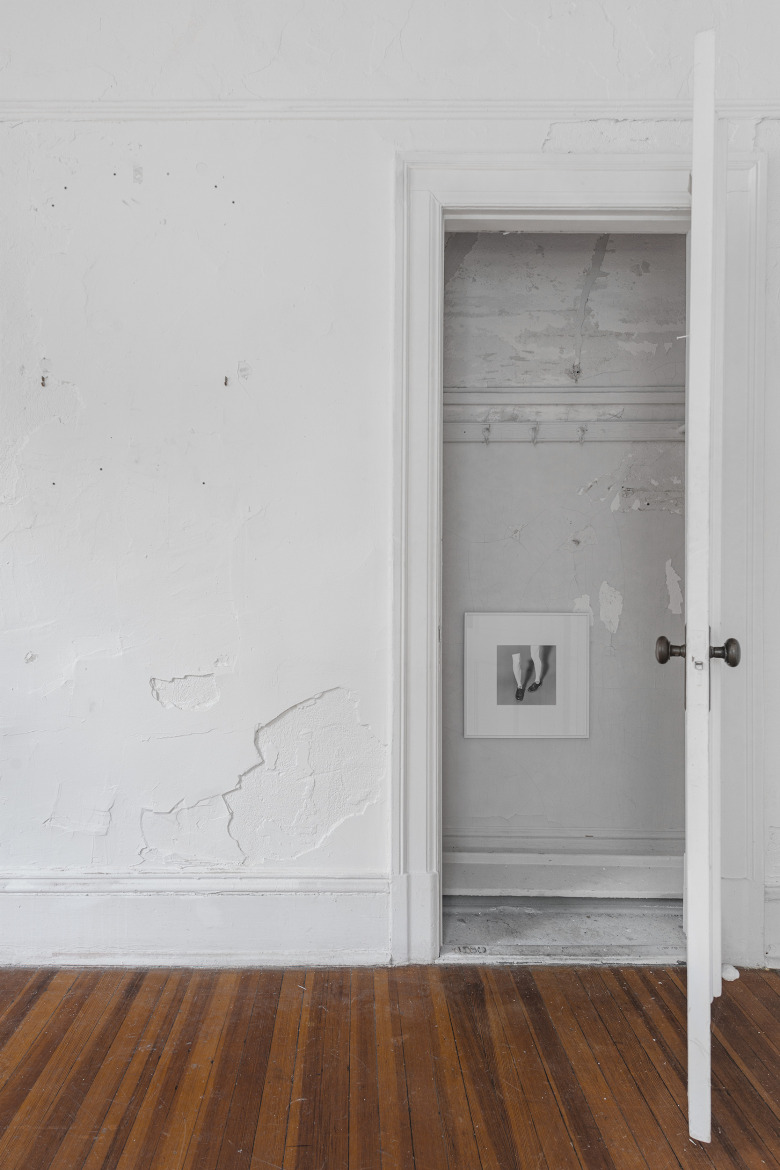 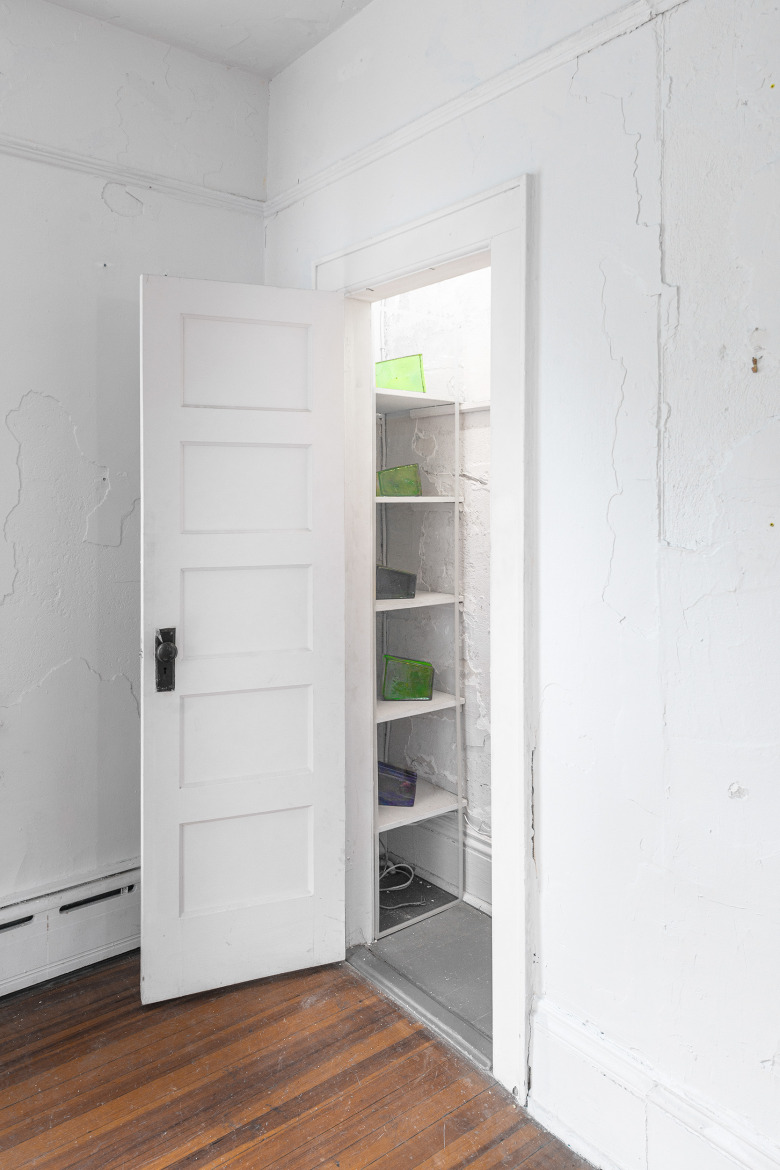 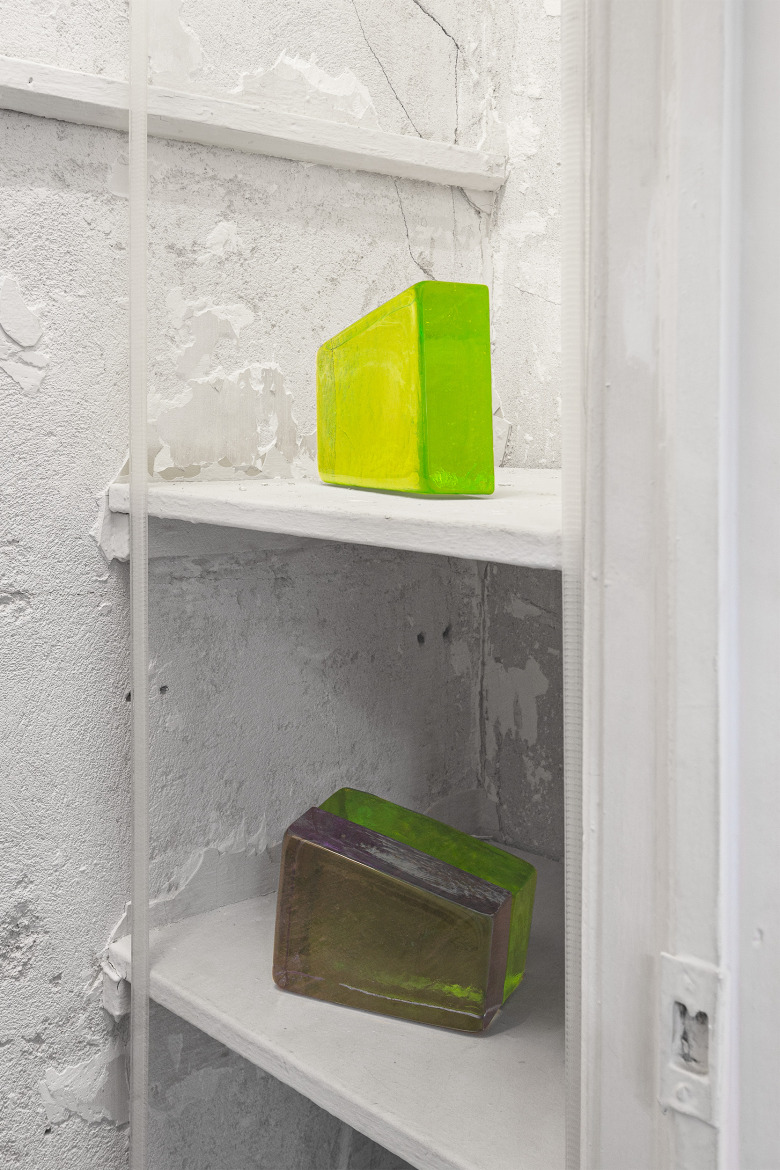 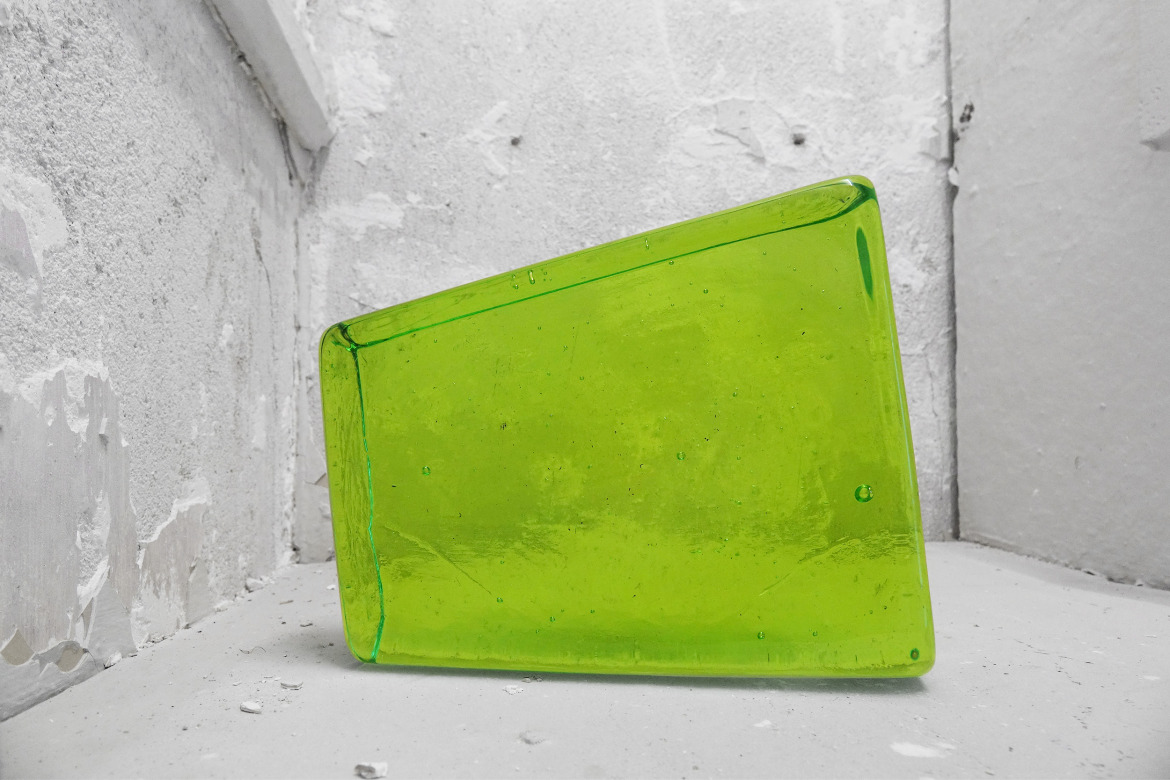 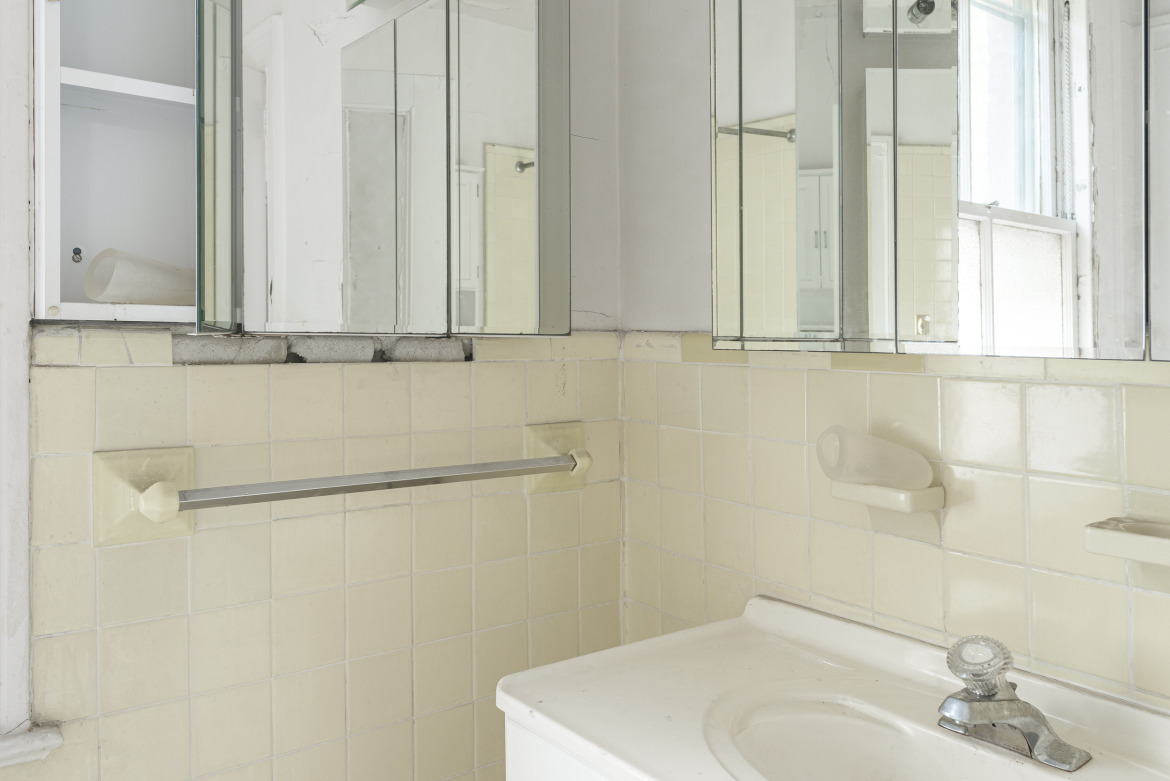 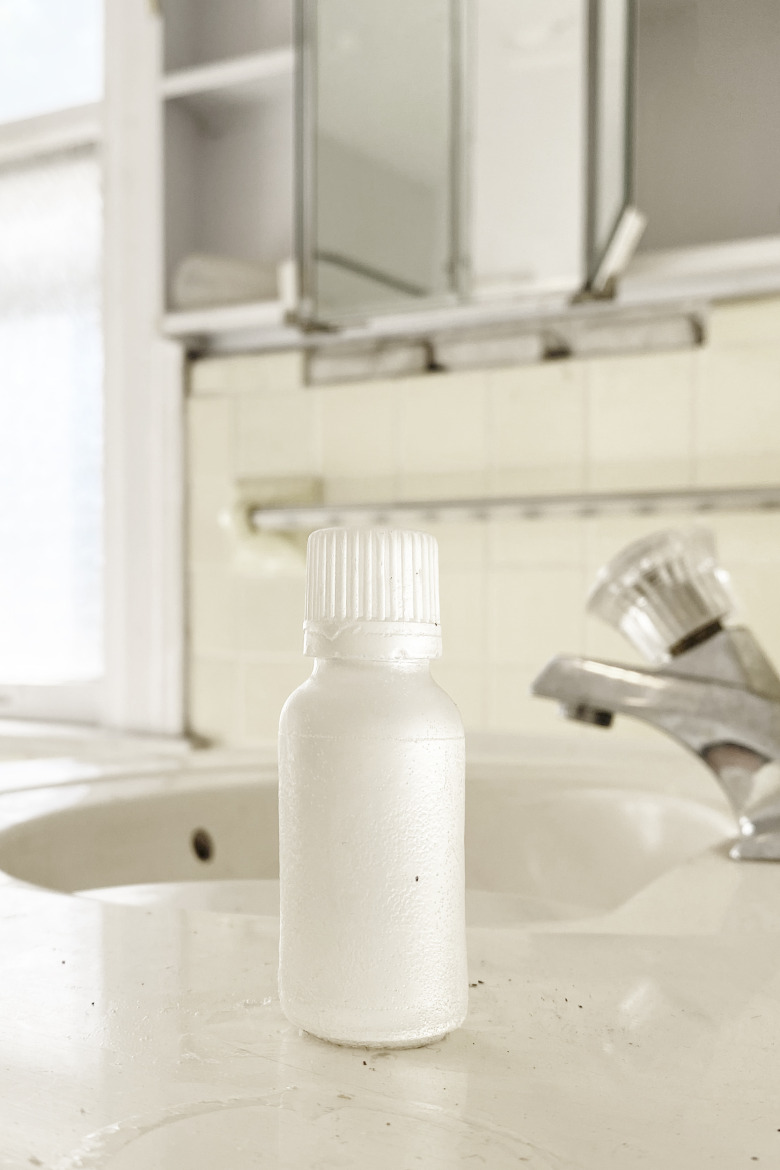 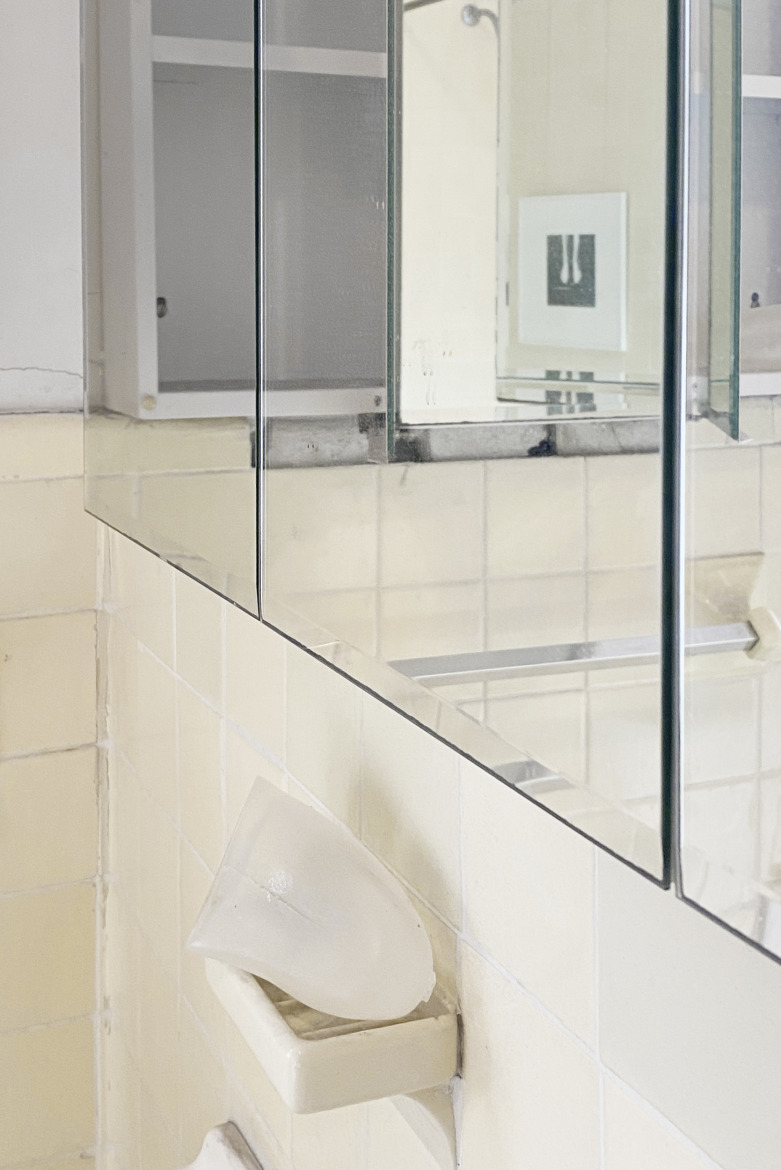 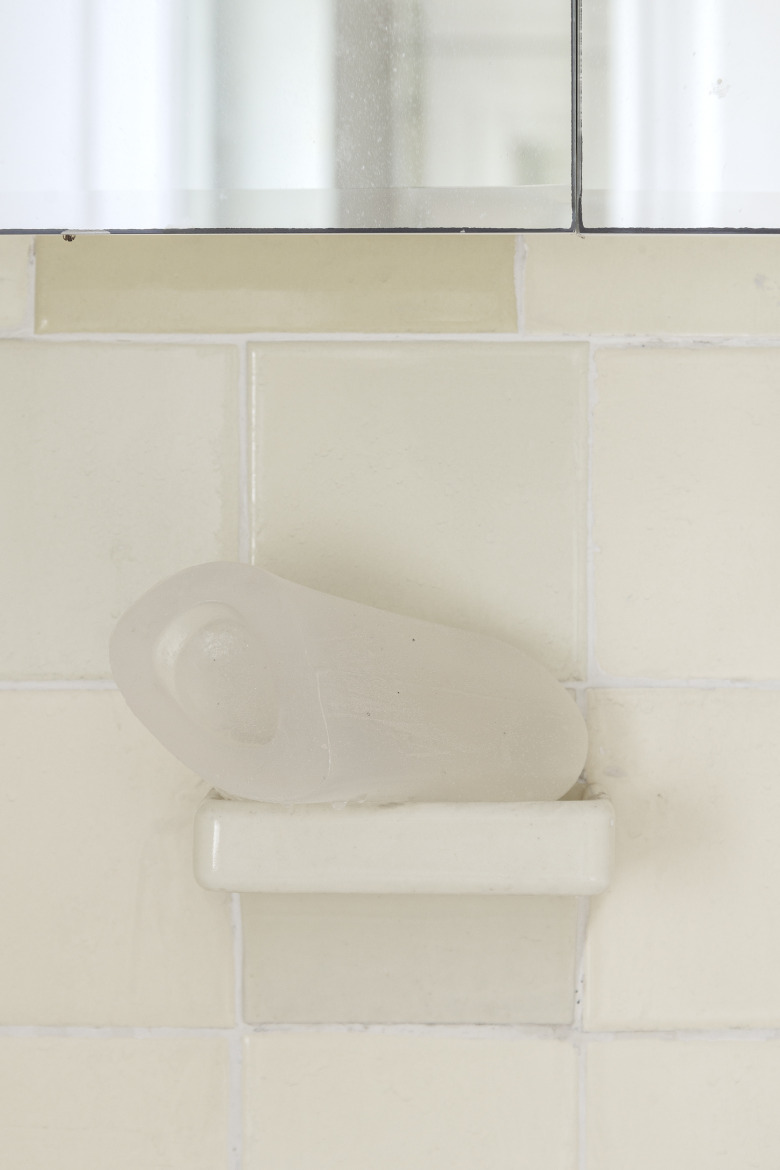 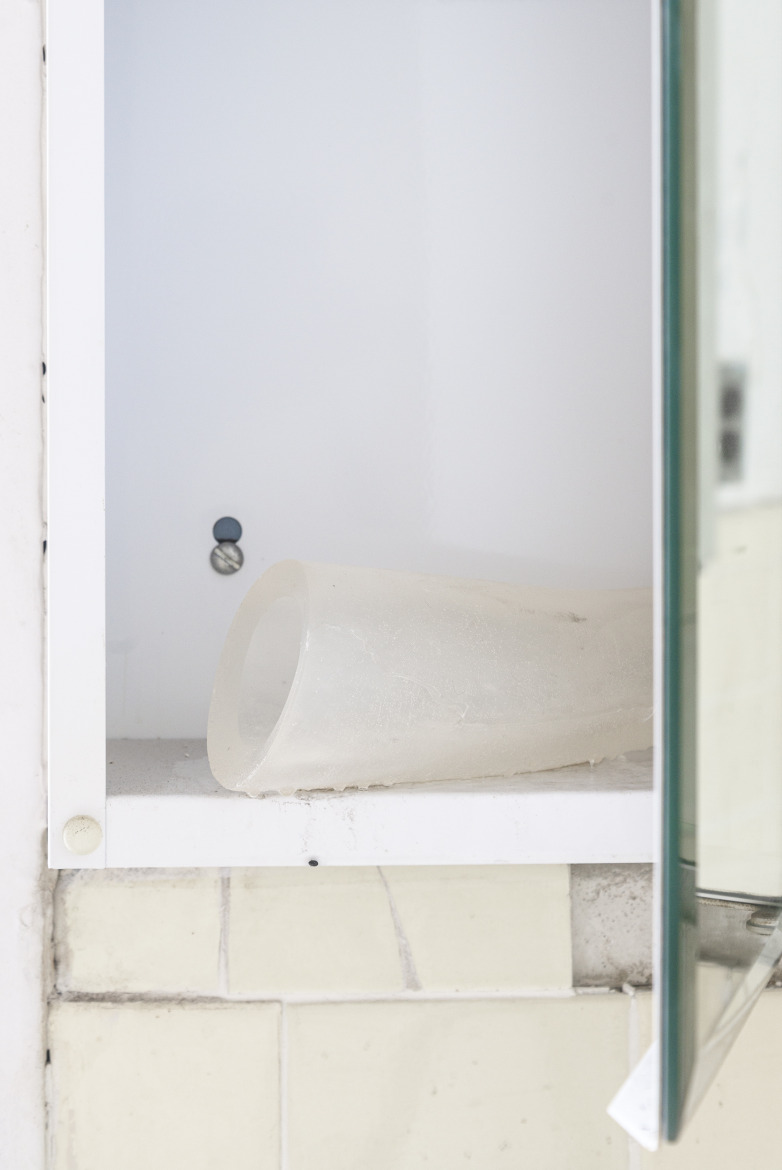 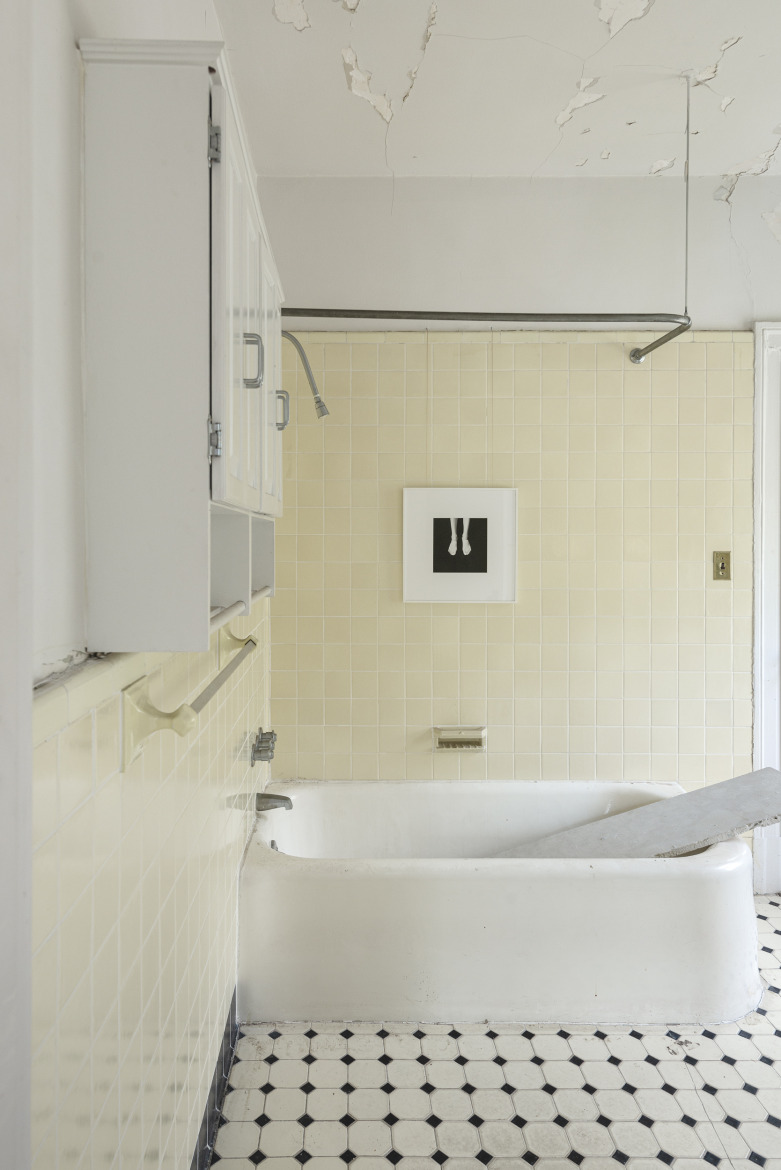 EXILE is happy to participate in NADA House with a collaborative exhibition by Vienna-based artist Kerstin von Gabain together with New York-based artist Gwenn Thomas. The exhibition will be held at House 403, along Colonels Row on Governors Island, New York from June 4 – Aug 7.

Governors Island, NY is approximately 6798.57 km or 4224.43 miles removed from EXILE, situated on Elisabethstr 24 in Vienna. The island, originally known as Paggank (Nut island) to the local Lenape Native American tribe, was deceitfully acquired in 1637 by Dutch colonialist Wouter Van Twiller for reportedly “two ax heads, a string of beads, and a handful of nails”. In the 1870s the building that today houses EXILE was built upon the raised medieval city wall of Vienna as part of the Emperor’s Ringstraße Project. The island was eventually renamed Governors Island and six residential houses were built to accommodate officers and their families on what is now known as Colonel’s Row in 1870. Following WWII, EXILE’s current gallery space in Vienna functioned as a travel agency for the US Allied Forces. The island’s defensive importance decreased over time, its original purpose and relevance fading into history. Most likely sometime in the mid 1970s, EXILE’s current space was fully clad in wooden paneling and became the office of a chain-smoking Russian businessman. An engraved metal plaque attached to House 403 reminds of its use by Soviet president Mikhail Gorbachev for the final preparations to the historic meeting with US President Ronald Reagan in 1988. The deceased Russian’s wooden smoking lounge became EXILE’s gallery space in 2018, eventually being transformed into a white cube during the pandemic. In June 2022, as part of NADA House, EXILE and House 403, Colonels Row, Govenors Island, NY meet inside an upstairs bedroom and adjacent bathroom. Layers of history intertwine and collide for a nanosecond of transitional time.

EXILE invited New York-based artist Gwenn Thomas and Vienna-based artist Kerstin von Gabain to respond to this temporal collision and create an immersive stage for their artworks. The selected works were deliberately not installed into but onto the existing space itself with some of the artworks’ material sources left in a state of flux themselves. Exposed to the elements, von Gabain’s soap pieces, shaped after human bone structures and arranged within the bathroom space, will begin to sweat and disintegrate over time. Thomas’s translucent glass shapes, their repetitive form taken from an abandoned found object and displayed in the bedroom’s cupboard, slowly pass the changing light of day. Both works respond to the spaces’ fluctuant nature and honor the opportunity to become short-lived, but active connectors between historical space and present visitor.

Thomas, who for many years has been researching window shapes as membrane-like metaphors for transformation and time, further places a single resin and copper object central onto the bedroom’s floor. The object consists of two intersecting shapes that seemingly depend on one another. The outer resin-made, opaque shape forms an enclosure for the negatively placed inner copper shape. Oppositional in material, both shapes together enclose a spatial volume that gives the artwork its final dimension and particular identity. Both materials together, one opaque, the other solid but changing its hue from bronze to green, again reference time while containing an inaccessible, hollow vacuum at its center. By scale, form and setting, the object appears like the marquette of a previously positioned piece of furniture and becomes an imaginary vessel for the domestic and intimate character of the space it is situated in.

Von Gabain’s two black and white photographs show limbs of human bodies that appear like anatomical wax models known from historical medical archives. Either crudely cut-off from the human body or cropped by the photographic frame and dipped into liquid, they directly refer to the historical use of photography to disect, analyze and compare the human body into defining categories. Initially these two photographs remind of the previous identities that have occupied these specific two room as much as the island itself. Further though, they are reminders of a violent history that is, even if passed for a long time, forever embedded into this island. Set in context with the bone-shaped soap works, an inability to wash-off historical pasts or one’s personal self lingers within the work. Constantly transformational, von Gabain refers to a pressing urgency to revisit and re-evaluate each individual history.

Collectively, the installed works by Thomas and von Gabain humbly express gratitude for their granted time of existence within the fabric of these two rooms. The selected materialities reflect onto the absurdity and lasting consequences of an uneven exchange of material value in 1637 of which they are now part of. History appears in layers. The dust never fully settles, the light never fully fades. The artists acknowledge and honor the particular history of these two rooms – their artworks imagine and reflect upon past, present and future spatial and personal interconnectivities. The displayed artworks are glitches of spatial time mirroring an uneven past onto an increasingly unpredictable future.

The project has been kindly supported by →Austrian Cultural Forum New York.