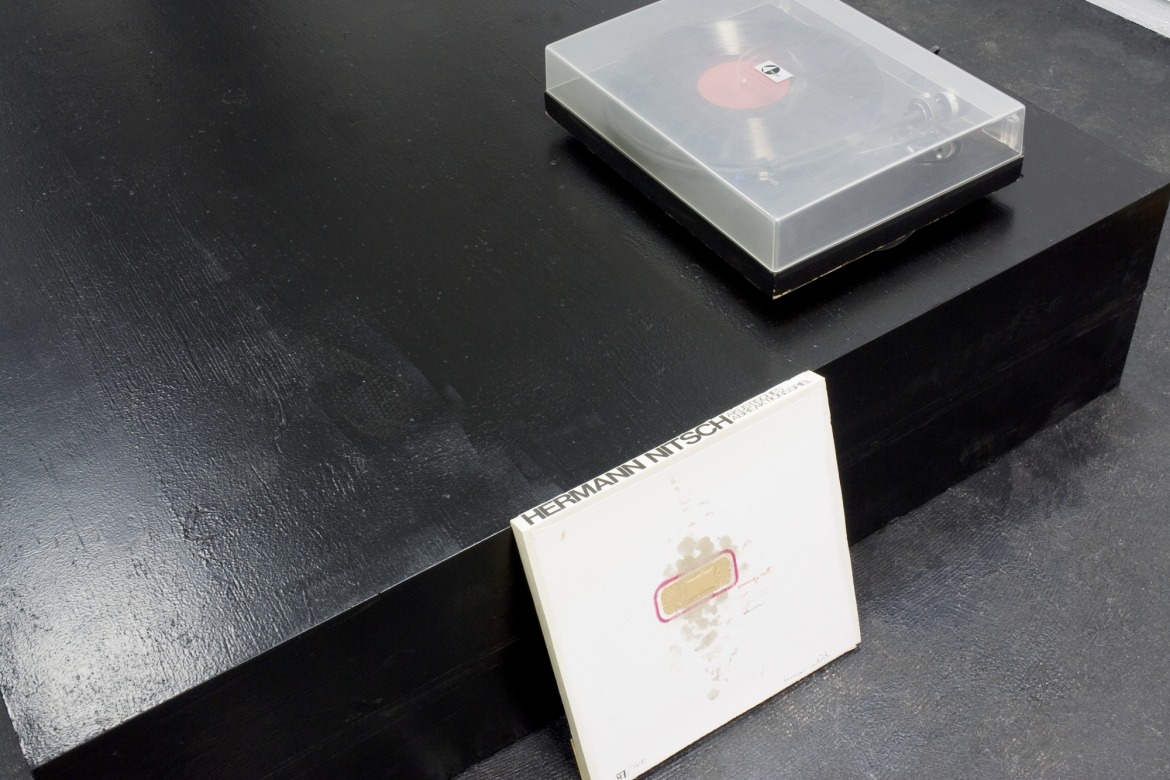 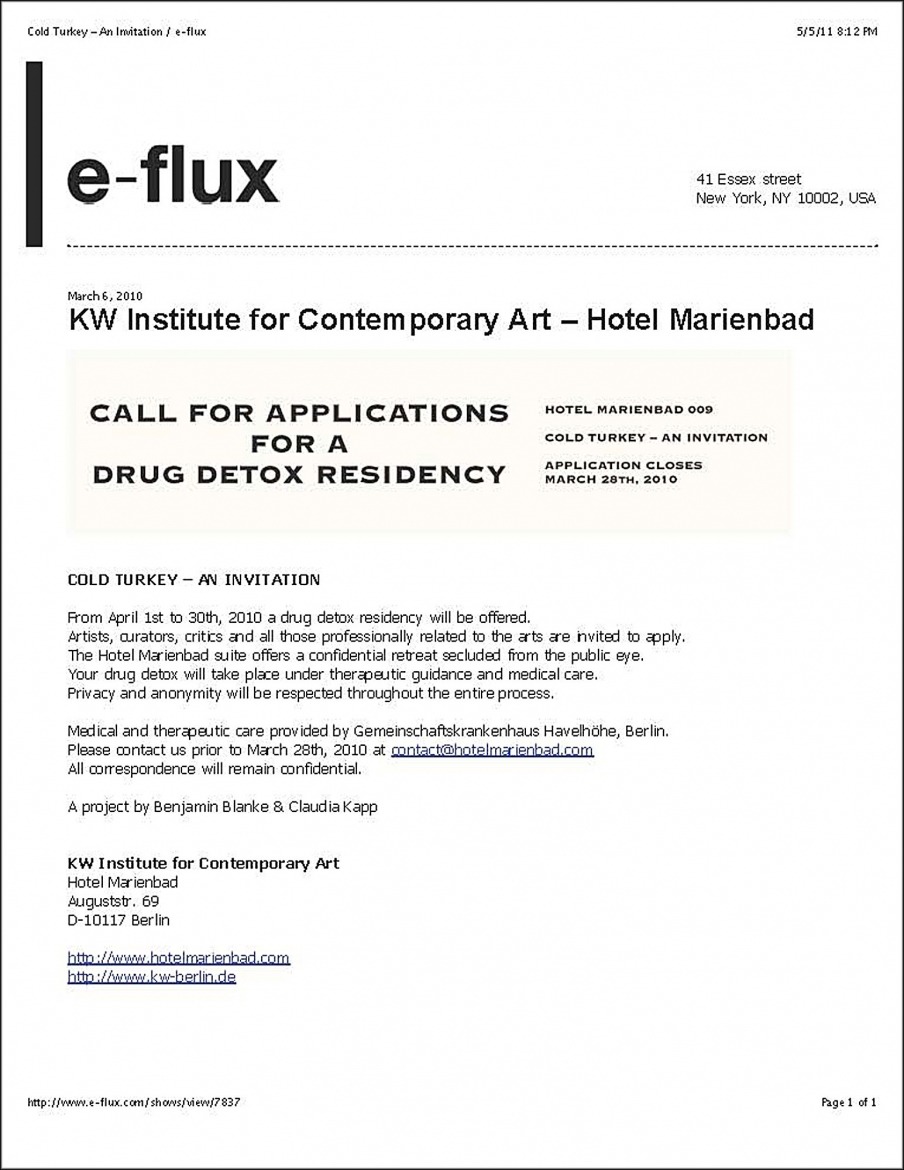 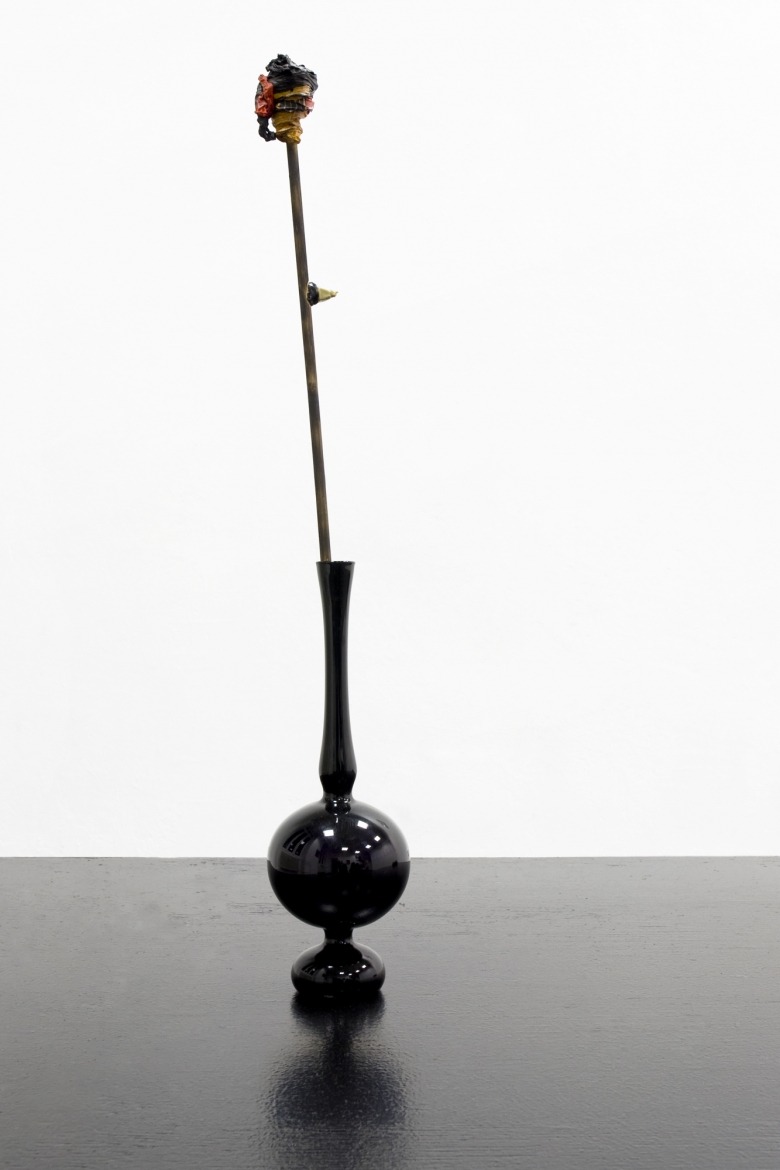 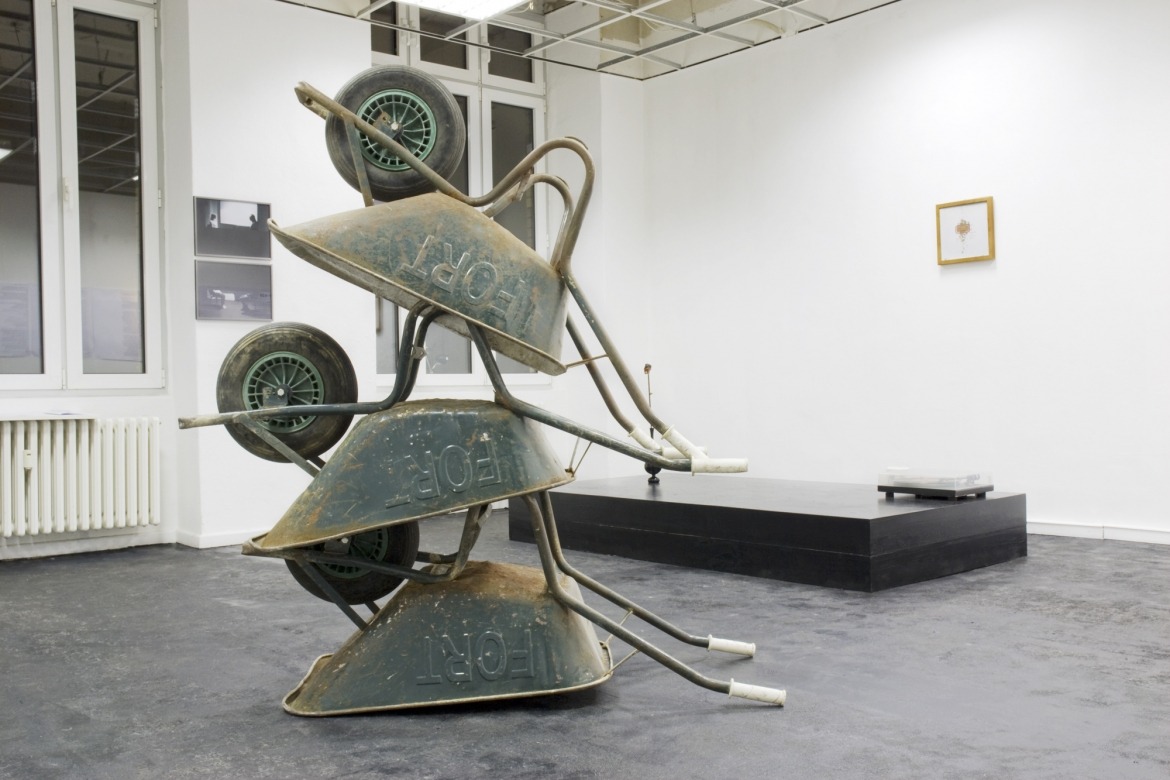 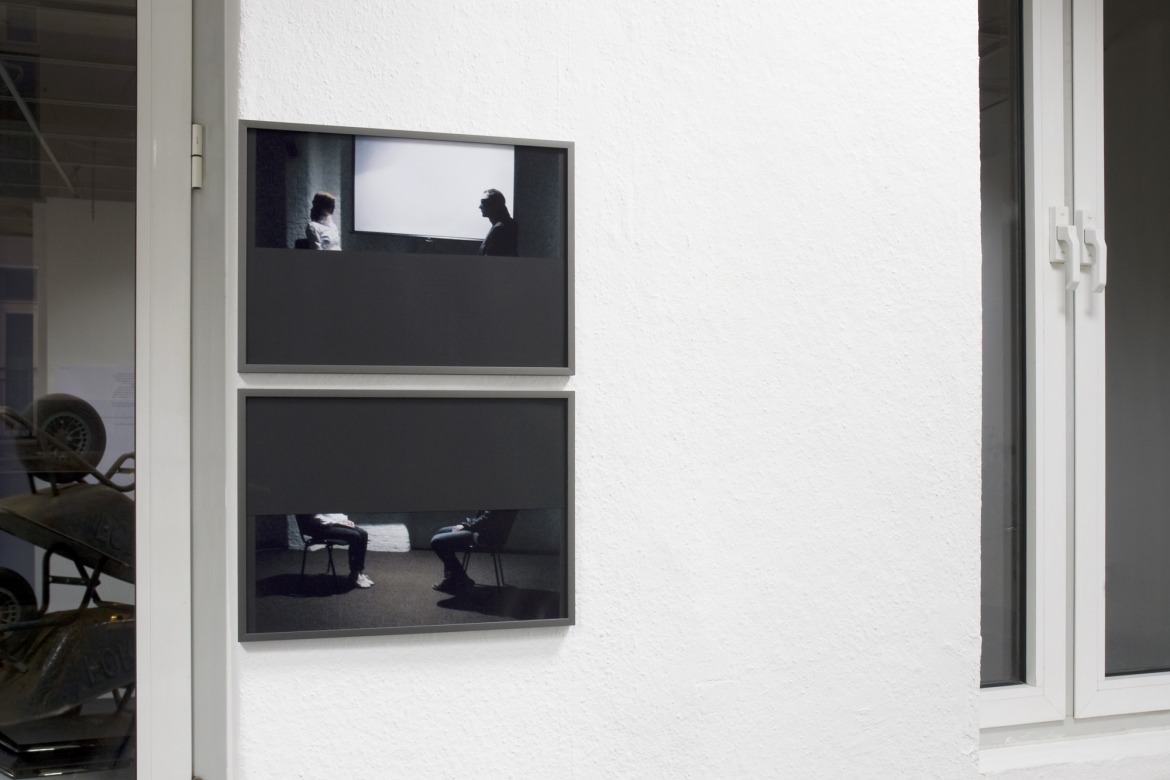 Awst & Walther: Liquid Darkness, 2011. Modified performance photograph taken on mobile phone and sent to the artists via email by a guest to the Performance The Hole (2011). 32x44 cm each (framed) 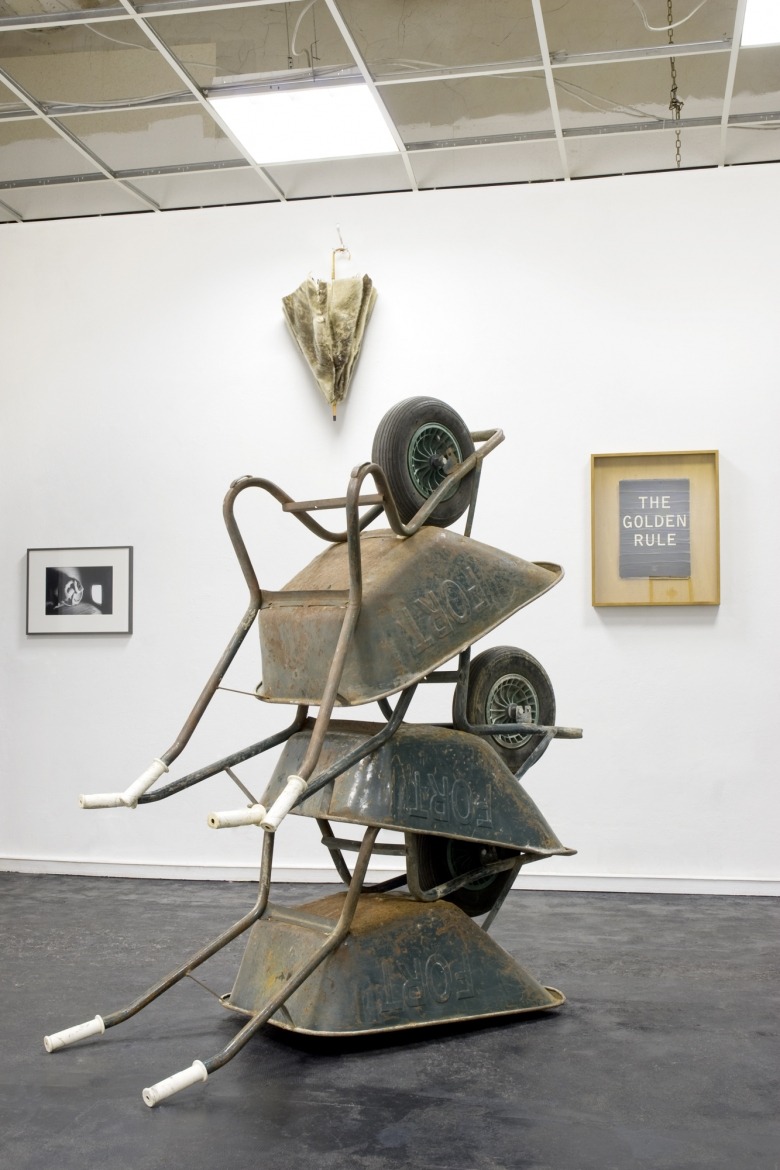 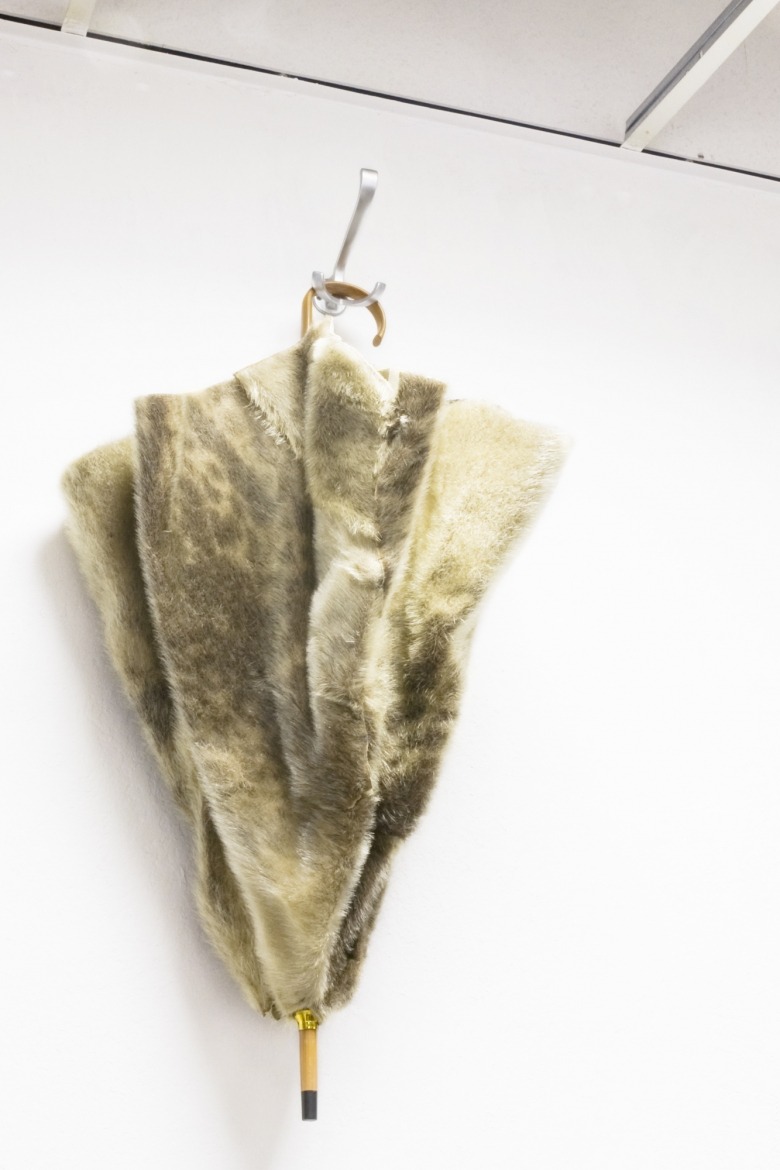 Kazuko Miyamoto: Umbrella, 2011. Umbrella clad in found seal-fur made by the artist for a future performance, 80 x 40 x 30 cm 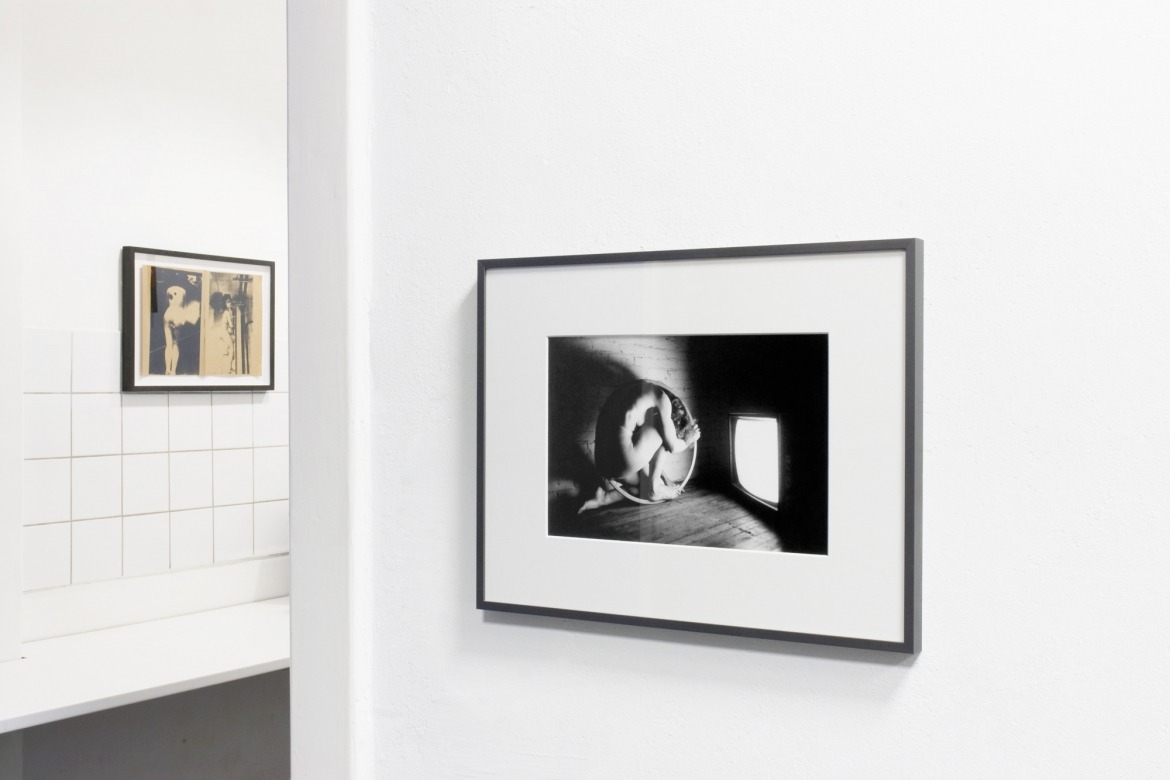 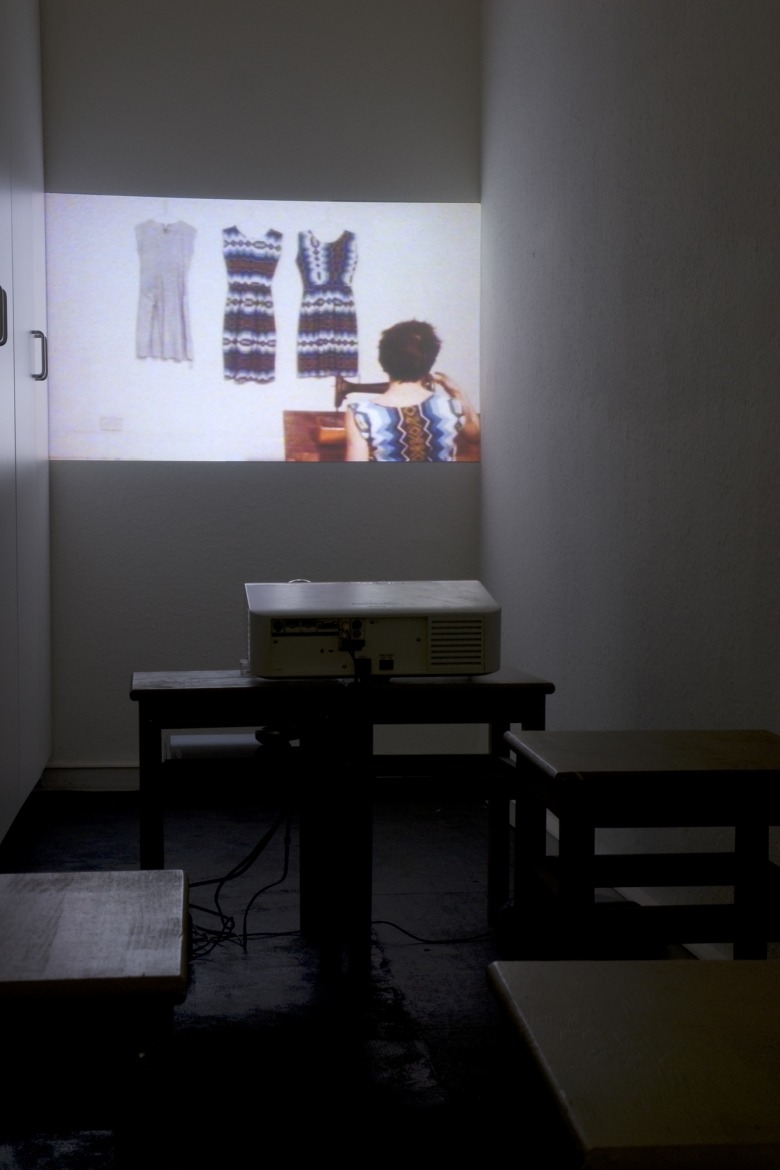 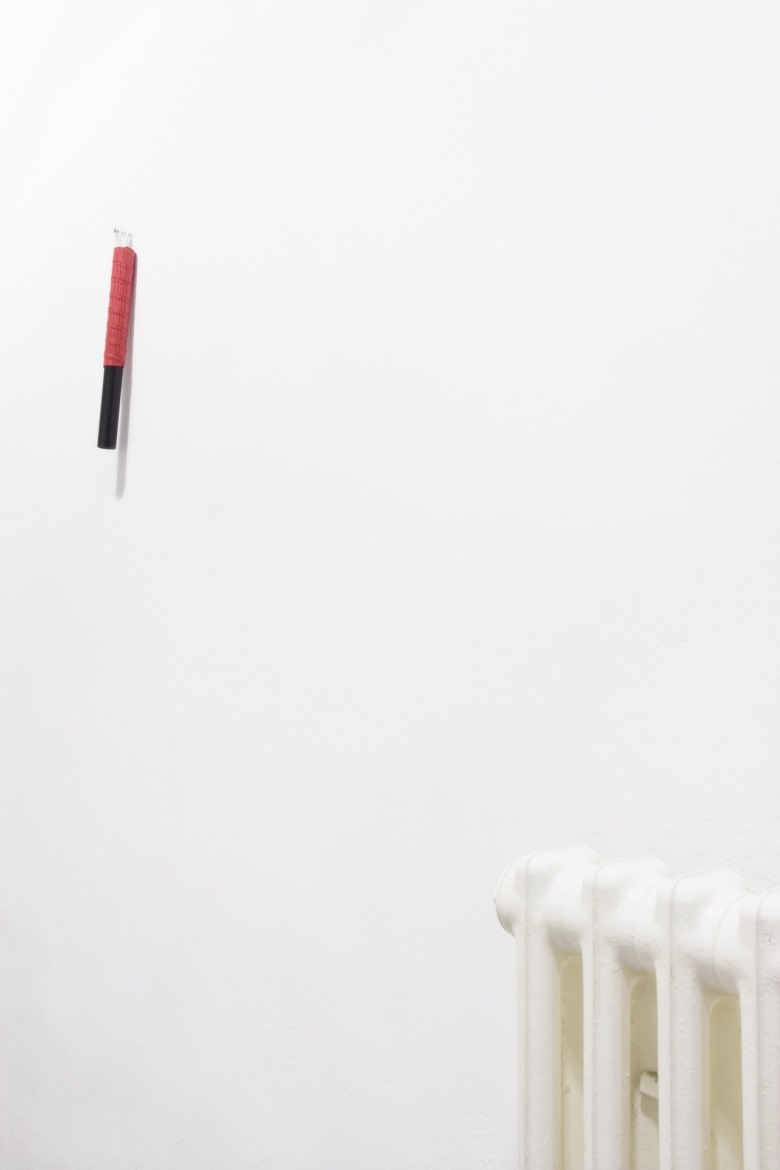 However, such objects are never merely just documenting their source performance, but are rather autonomous in and of themselves. While they refer back to the source they are neither the past performance itself nor its direct representation. Their temporal source is embedded in the permanent. This doubled relationship to time results in a contextual shift: From questions of What-has-been? and What-has-happened-since? to What-is-now? and, in some cases, to What-will-be?.

Document Performance investigates the autonomous life of the documents as they exist in the here and now. Their fragmented, though transitional relationship with the past, present and future fuels the viewer’s imagination: What does each document mean? How is the source performance embedded in the object? How did the document come into existence? Who is the author? How has the object’s context shifted? How has time transformed the document itself? What does the object mean to the viewer?

The objects featured in the exhibition follow no historical or contextual narrative. Each of them has been produced as a result, a consequence or a mindset of a performative action. Some documents on display are:

– The photograph by Gwenn Thomas of Joan Jonas during her performance Twilight in 1975. This photograph is identified by both artists as a collaborative work and asks about their individual identities, the nature of their collaboration and the photograph’s authorship and existence in relation to the performance.

– The film Being and Doing by Stuart Brisley (with Ken McMullen) features Brisley’s performances in the context of a 50-minute documentation that investigates the origins of performance art, connecting it not to modernism but to ancient folk rituals in England and Europe.

– The object from Johannes Paul Raether’s performance Nationalfahnen zu Schwefelrosen shows a small, burnt German flag. When burning such flags, Raether transformed each into a rose with a thorn. He combines one of the highest visually charged expressions of protest with the creation of a vernacular kitsch object.

– The first vinyl recording of Hermann Nitsch from his 1972 performance Akustisches Abreaktionsspiel is displayed on a record player, although it is so rare and precious that it can no longer be played. The viewer is forced to imagine the performance solely by looking at the vinyl record and employing his/her knowledge of Nitsch’s body of work.

– The printout of a diary of an anonymous participant in Claudia Kapp’s and Benjamin Blanke’s drug-withdrawal project Cold Turkey, presented at Kunstwerke in 2010, undermines almost all expectations of artistic practice, performance and document with one single piece of text.

– The fur umbrella by Kazuko Miyamoto has not been used as part of a performance yet. It has been produced by Miyamoto for an upcoming performance as part of her exhibition at EXILE in the late spring of 2012.

Awst & Walther: Liquid Darkness, 2011. Modified performance photograph taken on mobile phone and sent to the artists via email by a guest to the Performance The Hole (2011). 32x44 cm each (framed)

Kazuko Miyamoto: Umbrella, 2011. Umbrella clad in found seal-fur made by the artist for a future performance, 80 x 40 x 30 cm