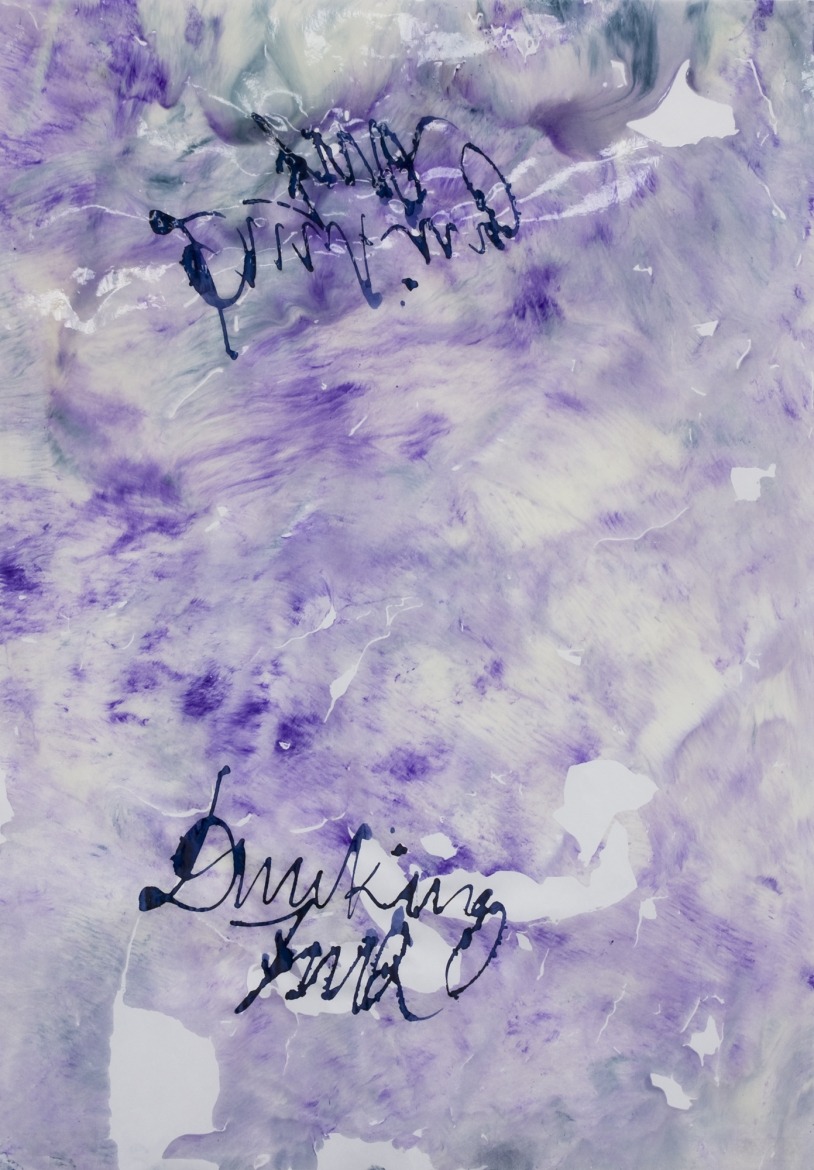 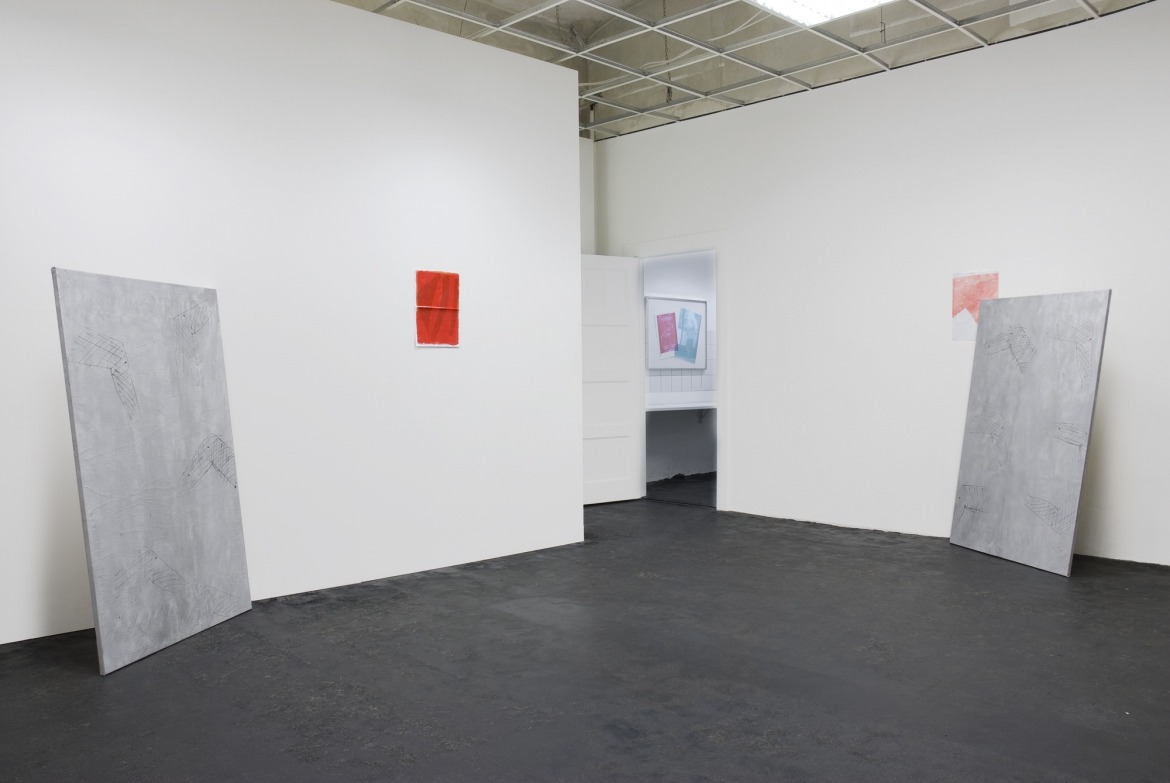 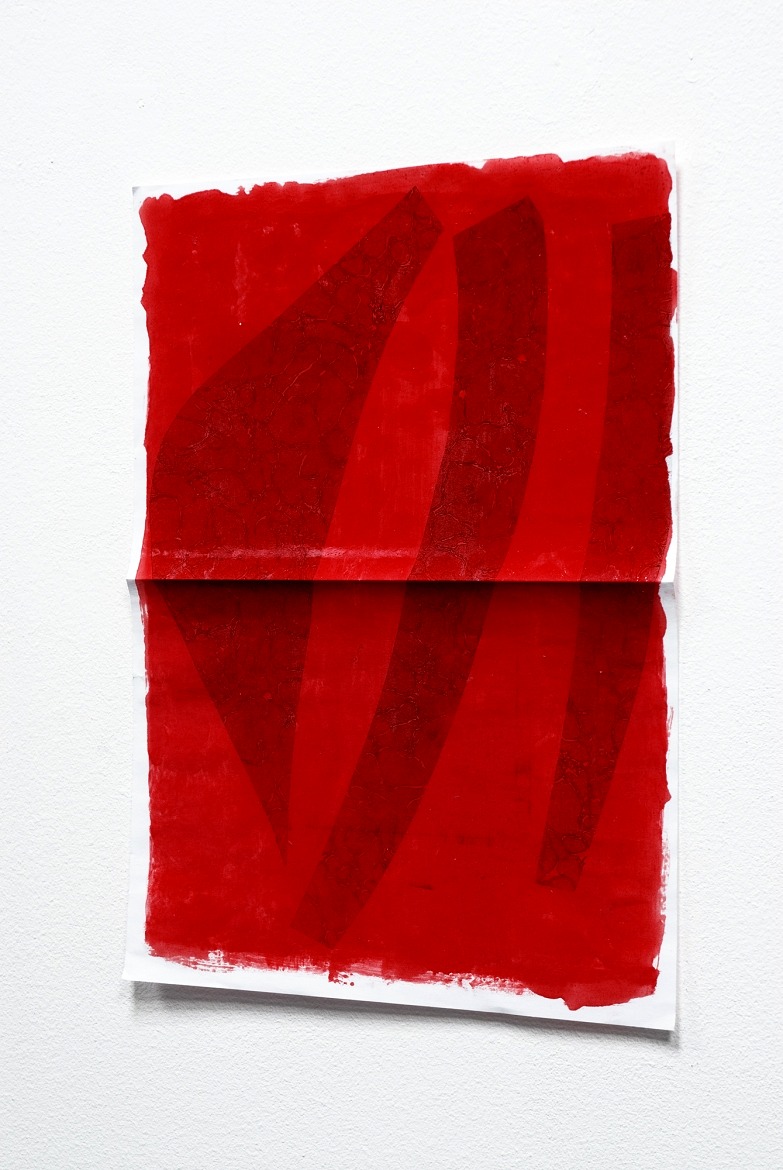 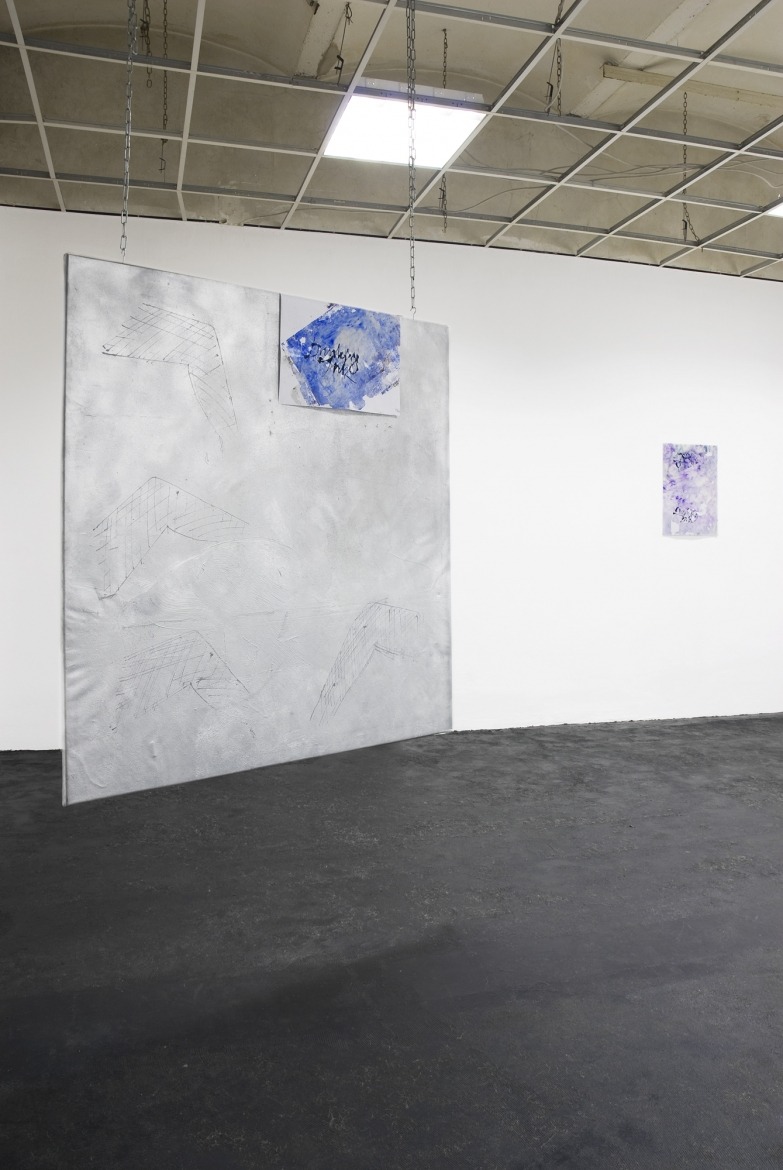 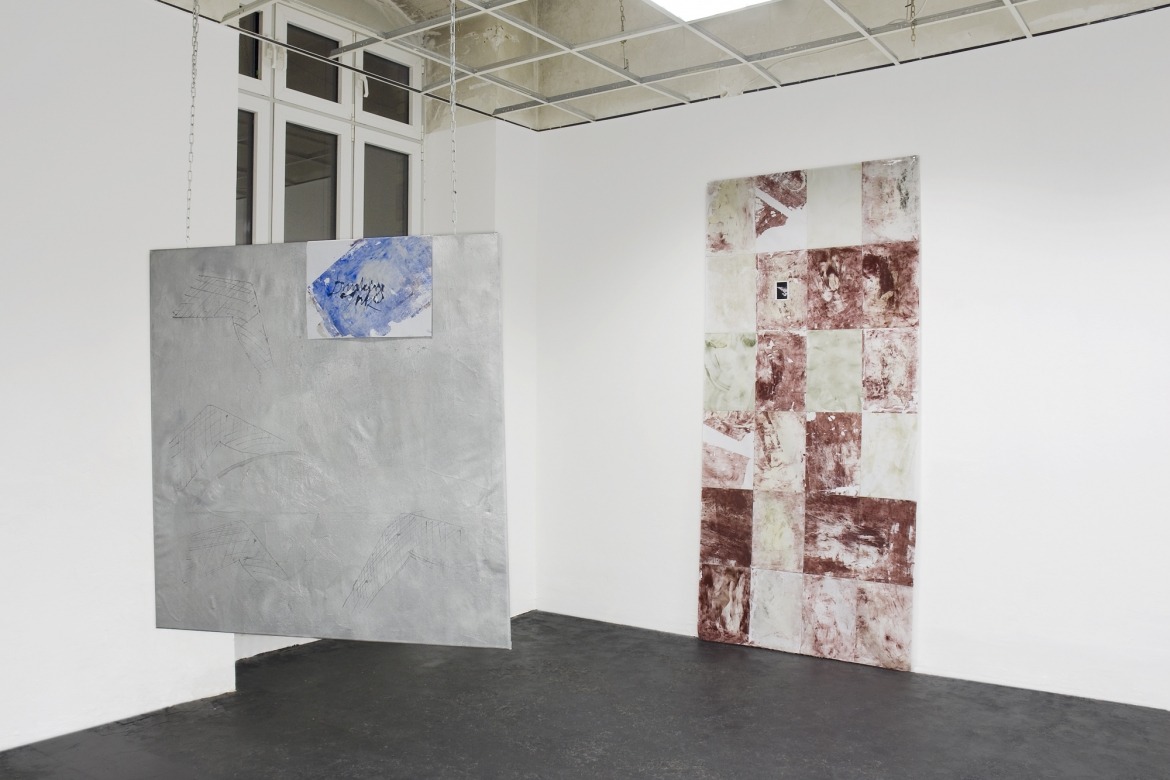 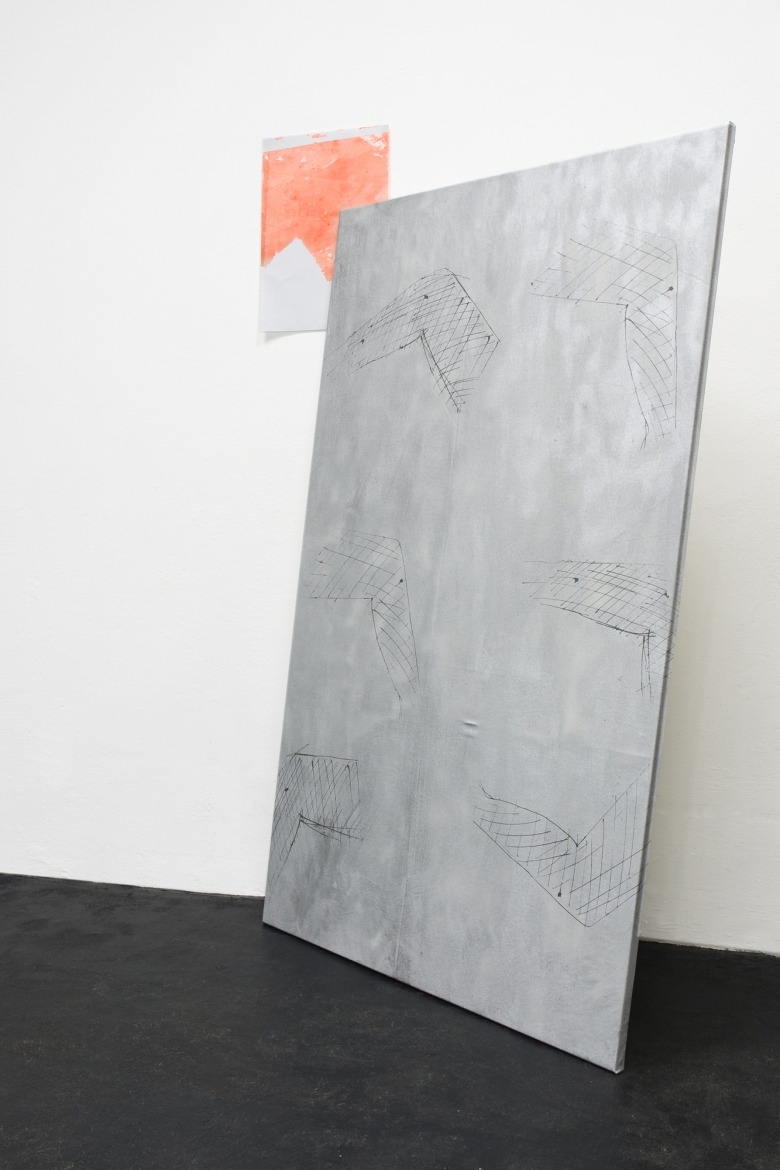 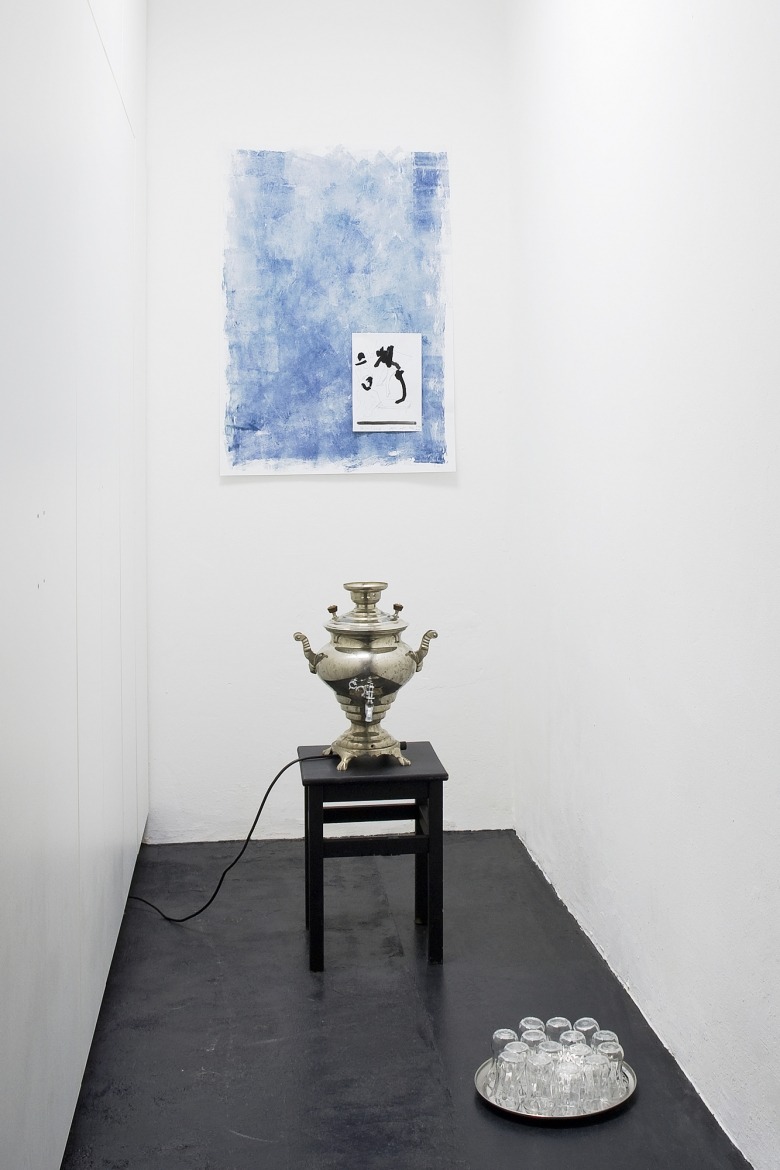 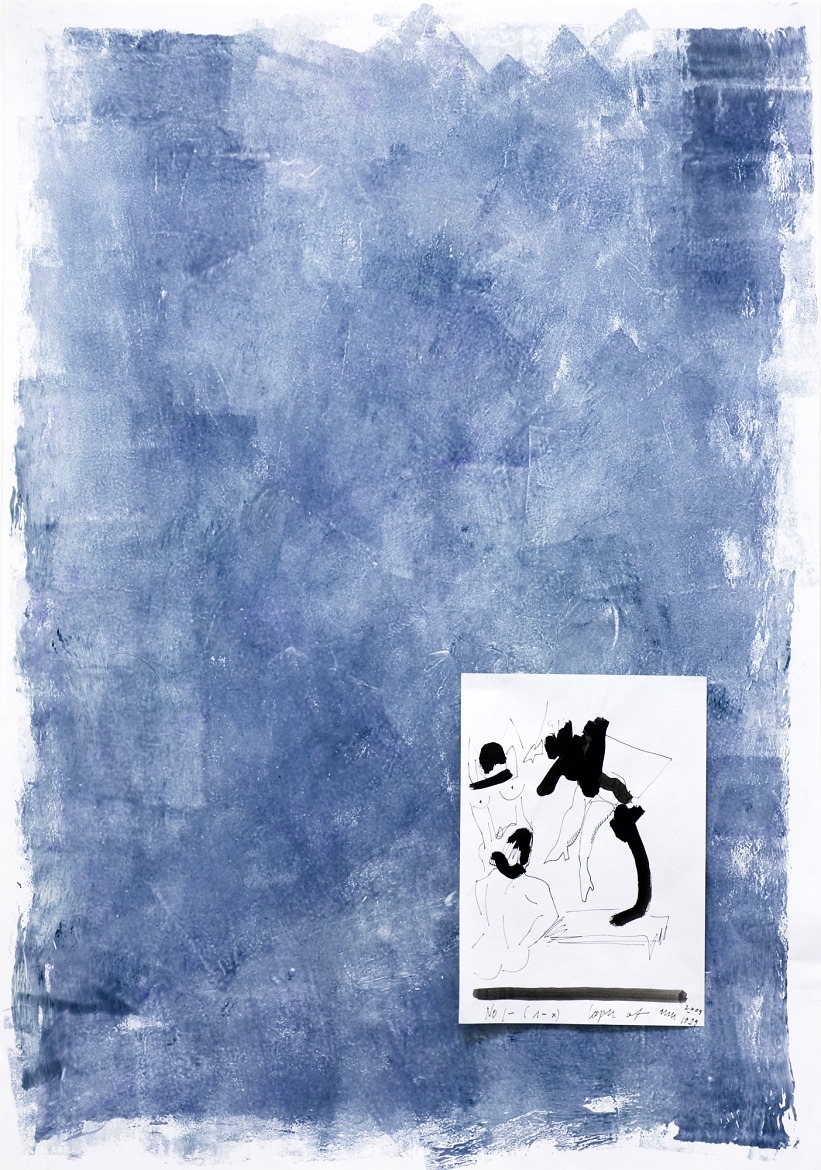 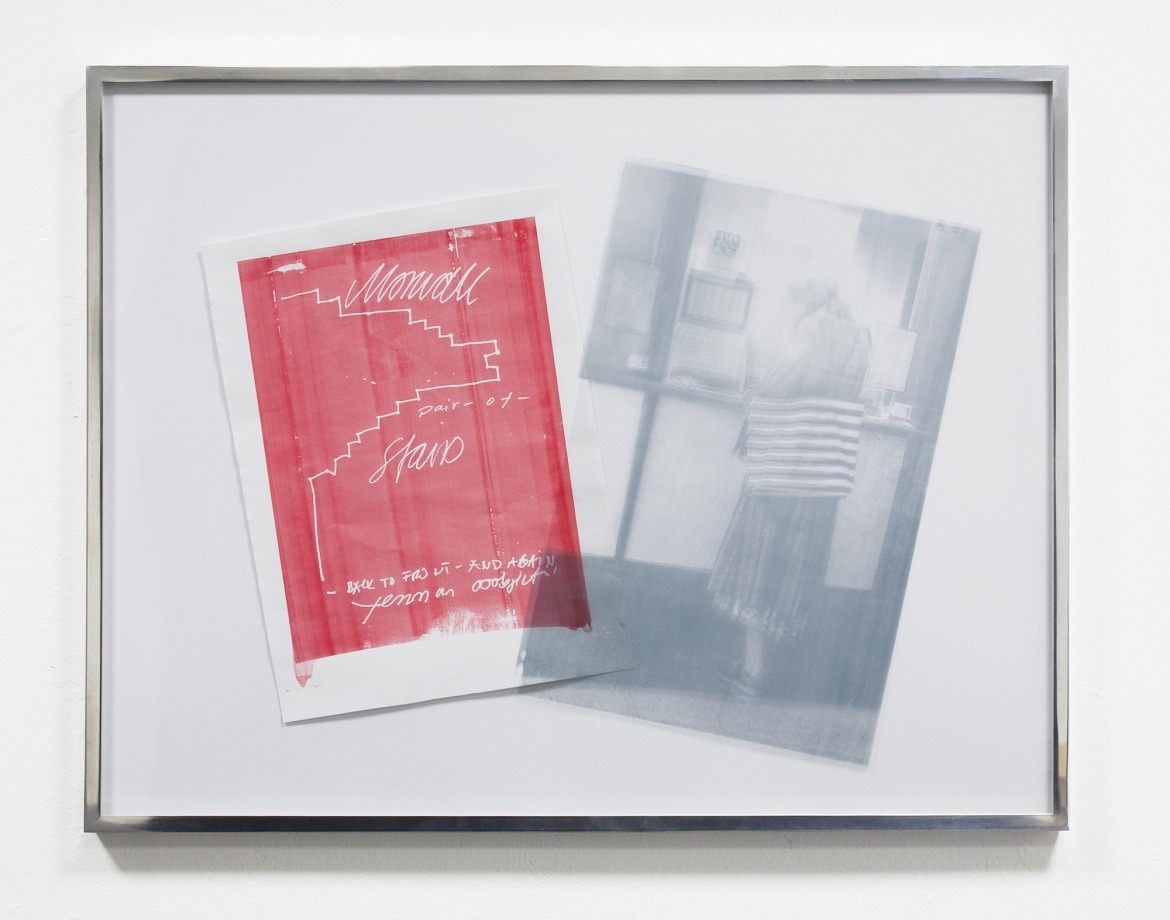 If there were ever an expression that reflected the current state of the artist in an age where artistic merit is based on the amount of how many residencies, prizes, shows, contacts, works, etc. one can accumulate, it is CV CE LA VIE.
Used more frequently in English, the borrowed French phrase “C’est la vie,” (That’s life) becomes antagonistic in Katharina Marszewski’s own appropriation. Here, her understanding of what it means to be an artist in a period such as ours becomes an existentialist consideration, and thus the momentum for the production of her artwork.

In Marszewski’s earlier works, carefully assembled installations, often utilising a minimal form of glass and steel, are driven by mediums of mechanical reproduction; Xerox copies, silkscreen prints, colour prints, screenprints, ink jet prints, C-type prints, photographic prints, and finally, written print. By transforming the unique into the reproducible, Marszewski is mindful of keeping some sort of signature of the process, whether it be by hand-writing her own word puns in marker pen onto the works, or by including found objects. Now, CV CE LA VIE is an evolution of Marszewski’s practice; a reaction to all the inks and pigments used, a catharsis of her own process and works, she returns to a more gestural technique and thus emphasises: “where is the body in relation to the printed medium?”

On entering the gallery we are confronted with part of a figurative image; female legs in fishnet tights (sans feet) adorn silver-painted canvases (Cabaret 1, 2 and 3). A singular motif previously appearing in the piece I am here and maybe not just theoretically (Indian ink on paper, 2011) the legs have now multiplied. They are neither sexy nor glamorous since they are only scrawled outlines and, having been reduced to only a few painted lines, Marszewski points out the absurdist undertones of the female as symbol, potentially extended to the symbol of the female artist within the professional world.

Evidence of Marszewski’s own body can also be identified within each of the works. Starting with the traditional silk screen, Marszewski pours lacquer over its surface and writes the work’s title Drinking Ink onto it; a threat perhaps, of a physical reaction against the medium but also a visual indication of Marzewski’s first purge of the substance itself; pigment, lacquer and Indian ink drown the paper. Works such as B.N. (red) and Nude (blue)are produced as block coloured prints where Marszewski has again use pigment and ink in excess.

Other bodily cues can be found in Monumental Stairs and Office Work. Whereas in Monumental Stairs where twenty-four maroon and green lacquered papers form the backdrop to a miniscule Polaroid photograph of marble stairs, in Office Workthe stairs are reduced to a jagged line on a pink printed silk-screen. What could be interpreted as a visual pun on the “ladder of success,” the steps allude to the action of climbing; the absent body, distinctly female, climbing the steps, revealing a leg (recallCabaret 1, 2 and 3). A female who could use her sexuality for the gains of her career, the viewer is left to imagine such a character ascending the stairs.

However, ultimately, each work in CV CE LA VIE should be read as part of a total installation. Aligned so that they face the entrance to the gallery, the viewer can walk around and behind the canvases of the Cabaret series; the prints of Drinking Ink,B.N. (red), Monumental Stairs, and Nude (blue) remain unframed. The artist presents to us the real surface of the printed works and allows us to see clearly her Produkte; her works seem to want to take on the appearance of artworks, but can in fact be better described as décor for the purpose of a gallery exhibition.