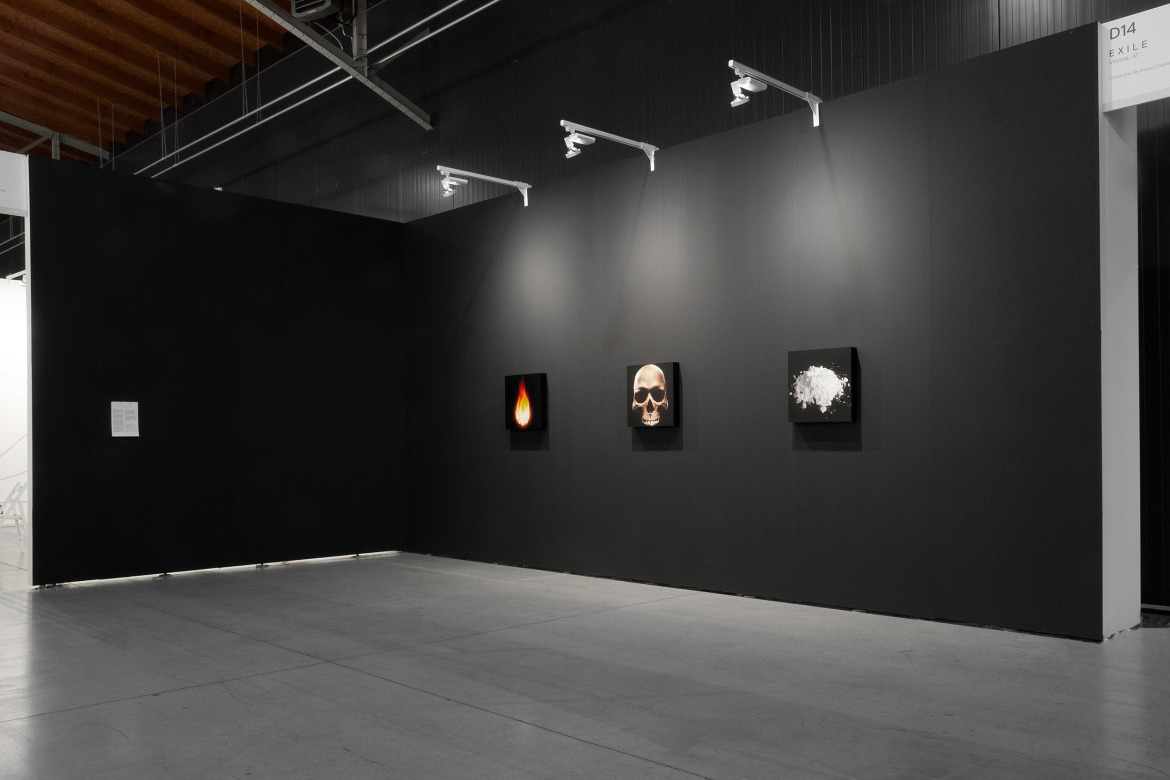 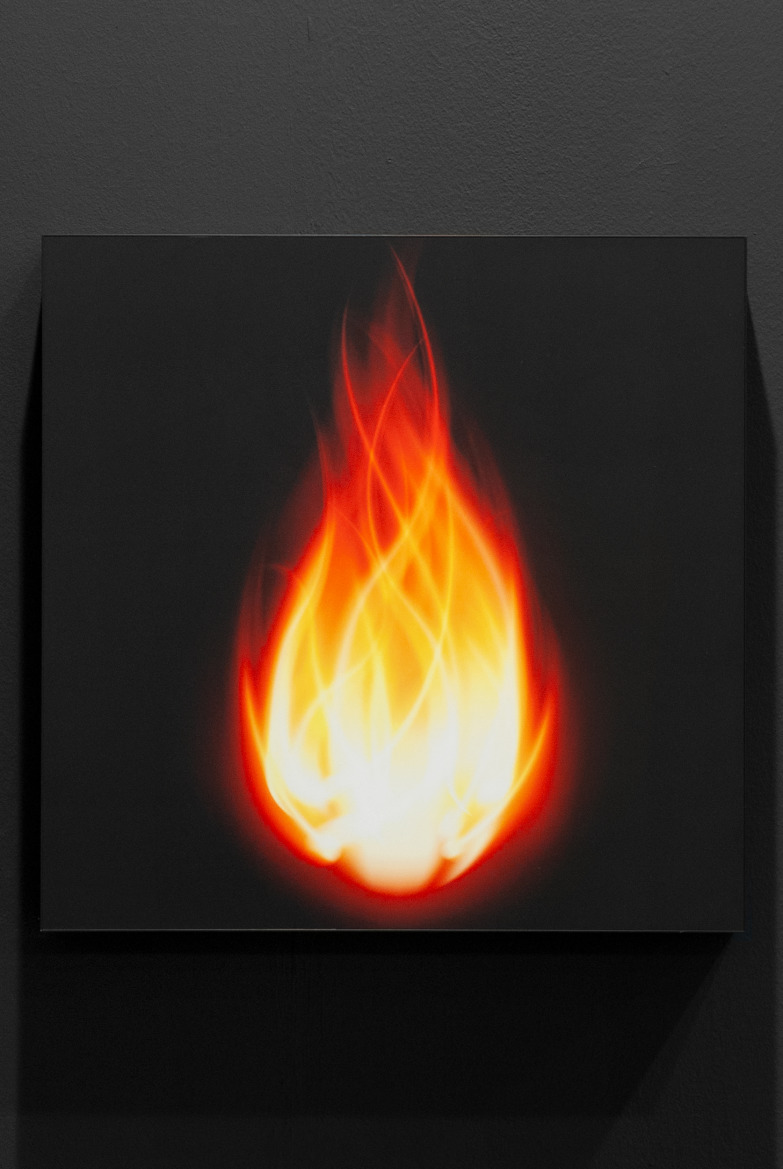 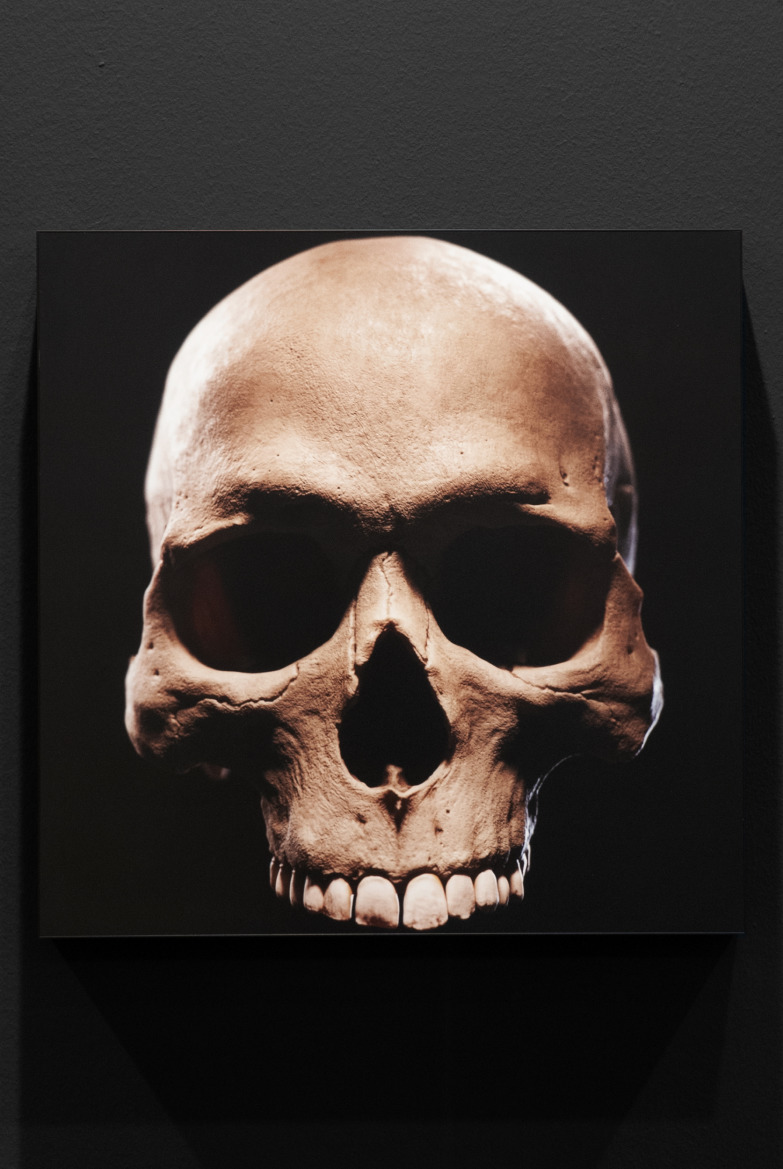 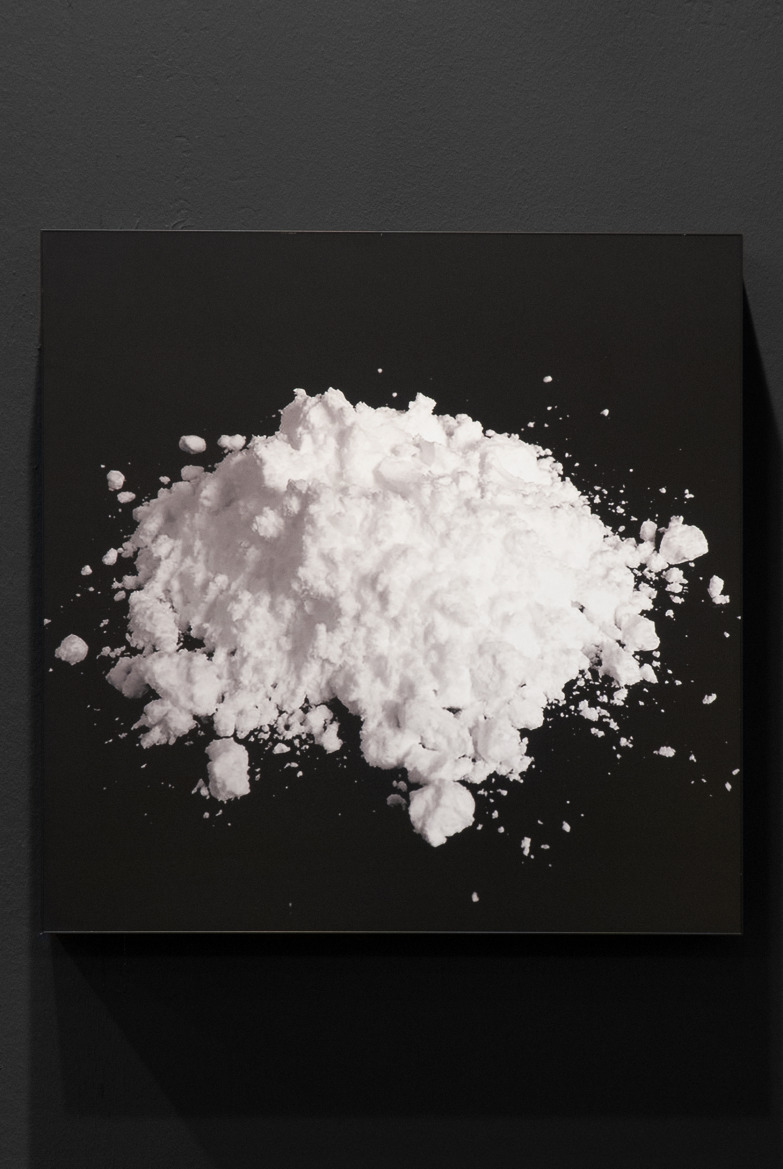 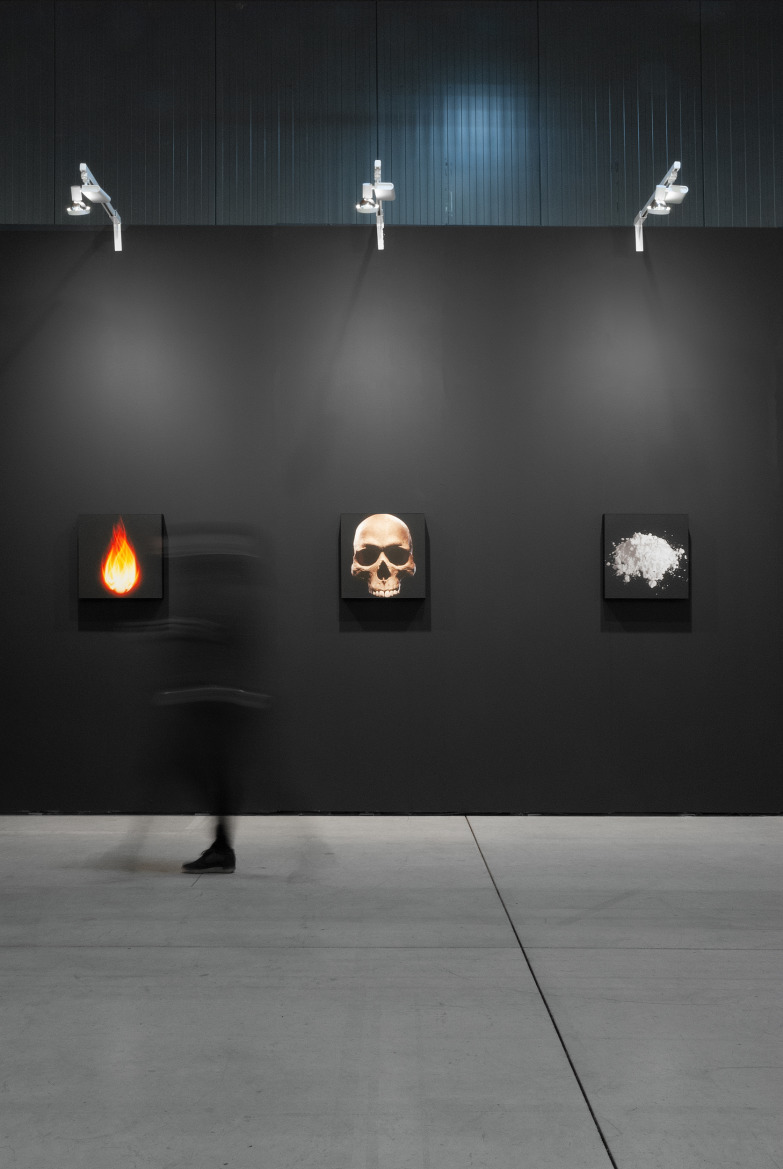 EXILE is pleased to participate in this year’s VIENNA CONTEMPORARY with a solo presentation of Christophe de Rohan Chabot for section Zone 1, curated by Cathrin Mayer, curator at KW Berlin, and accompanied by a text by Cédric Fauq, curator at Palais de Tokyo, Paris.

I first wrote that word on top of the page as I was thinking of that term to reflect on what Christophe de Rohan Chabot does but I struggle to get the Sean Paul song of the same title out of my head (“he gal dem Schillaci, Sean da Paul / So me give it to, so me give to, so me give it to, to all girls”).

It then struck me that this is a common de Rohan Chabot move: employing images that somehow stick with you, get into your head, because of the familiarity of their content or what they refer to, as signs or symbols. Whether it is Britney, Courtney, a clown, a fire, a skeleton head or else – the selection of images (result of a two-steps process: that of the selection of words to enter onto the google search bar, followed by the selection of an image itself) is both algorithmic and alchemical.

In many ways, the vocabulary and grammar de Rohan Chabot devises through his practice can be said to interrogate a certain regime of the neoliberal image, its vampirization and circulation (with a certain temporal leap since his image-bank seem to belong to some kind of close-past, stuck between LA and Berlin, in the late 90s and early 2000s). There’s surely some truth in there. However, I’d say that de Rohan Chabot’s practice is also an attempt at liberating images from the .jpg and .png formats, the cells of the google search results, and a pixel-based ontology.
The move from screen to print is one that is often unquestioned, since pushing the printing button became such a banal gesture, but this is one of the liberatory gesture enacted by de Rohan Chabot. Amongst his obsessions, this is a fascinating one – but the print doesn’t even claim the slickness of the screen-image. On the contrary, de Rohan Chabot manifests a fatigue of the image. And glossiness isn’t part of his syntax. If reflection comes up, it’s through the use of glass panels, which actually camouflage the images as much as it reveals them (look at you…).

Here in Vienna, the triad of a/ fire – b/ skull – c/ powder belongs to a (virtual) body of images with no background. The display doesn’t include a mirror. There’s a lot of black, everything is absorbed. Whether e Rohan Chabot is the author of the black (within the images) is an open-ended question. He told me once about these vans in Berlin that are covered in black to avoid surveillance. Although here, the black is rather enhancing (to which point is blackness camouflage?)

Beyond the semiotics of such symbols in the context of an art fair (the death drive is real), what is crucial to me is to pause on how the images are stuck to their support structures (squared, with a thickness that isn’t negligeable). Or rather ask: how does the stickiness of the image on the support structures equates to the stickiness of the images in our minds? To what temperate do images stop being sticky?